Would you want Shane Flanagan as coach of your club?

I would want Shane Flanagan to coach my team as much as I would want Des Hasler to give me advice on hair and fashion.

To be perfectly honest, I would feel the same way if Flanagan were to coach any team.

Why does it feel like he is everywhere at the moment? Do the other Fox commentators really think he should be given another shot at coaching?

To go back to where it all began, Flanagan became the Cronulla Sharks’ coach towards the end of the 2010 season. In 2013, there was an investigation around allegations of Sharks players using banned substances during the 2011 season. Flanagan was found to have been involved, and at the end of 2013 he was suspended for 12 months.

Flanagan denied any wrongdoing, claiming: “I followed the practice that has been historically followed by the Sharks, that is, I was not involved or responsible for supplements in 2011 or at any other time”.

Flanagan took his punishment, and he stood down as coach. One of the terms of his suspension was that he was to have no contact with the Sharks during his suspension.

Season 2014 came and went, with Flanagan out of the coach’s box and following the rules to his suspension. He was back at the helm in 2015, and famously took the Sharks to their drought-ending grand final victory against the Storm in 2016.

The Sharks went on to make the finals in the next two seasons. Coach Flanagan was loved by all in the Shire once more.

In December 2018, however, the wheels were about to fall off the wagon.

The Sharks were now being investigated for salary cap breaches. During the investigations, over 50 emails were found between Flanagan and the club from 2014 discussing a range of topics including working out his team for 2015. He even contacted a player manager to ask about one of his clients that he was interested in.

In September 2014, Flanagan had stated in an email to the NRL: “Over the period of my suspension I have taken my compliance with the ‘no involvement’ condition seriously.

“At no time during my suspension have I initiated contact with a contracted club player.

“I accept that over the time of my suspension I received some calls and text messages particularly when first suspended. All of these text messages were brief and of a personal nature and did not relate to the club or matters of football.

“I have not had any involvement in the recruitment process for the potential players during my period of suspension. At all times I have sought to respect and satisfy the conditions of my suspension and I don’t believe I have engaged in any conduct that would give rise to a finding that I failed to satisfy this condition.”

NRL chief executive at the time Todd Greenberg told Flanagan that he had been immediately and indefinitely de-registered for breaching his suspension, and the Sharks were also handed an $800,000 fine. 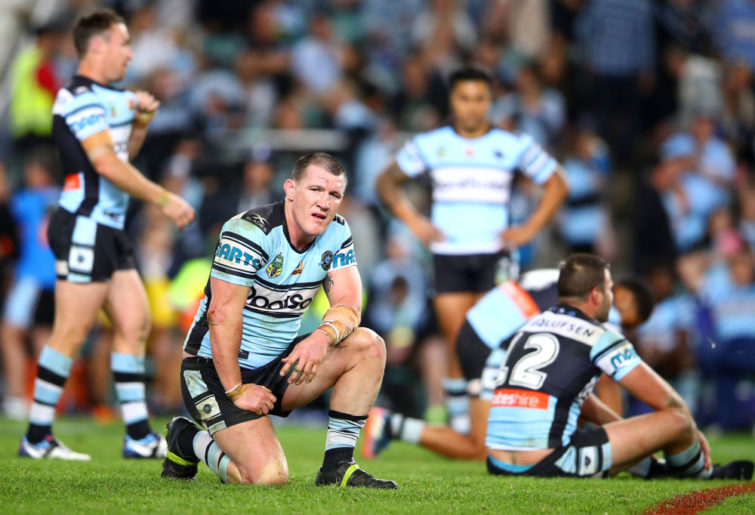 Indefinitely. That should have been the end of Flanagan’s coaching career. When a coach is suspended for being involved with banned substances, then found breaking the rules of said suspension, linked to salary cap breaching, you would think that they shouldn’t be given any more chances to be in control of a footy team. Or that anyone would want him.

But for some reason in September 2019, Flanagan was advised he was free to be a first-grade coach again from 2022 and could become an assistant coach straightaway. By November of the same year, he had been signed as Paul McGregor’s assistant coach at the Dragons for the 2020 season.

That appointment only lasted one year, when Anthony Griffin was signed as the Dragons’ coach from 2021 and Flanagan was advised to move along. But that one year back in the coaching ranks was all that he needed.

This year he has been on our screens as a league commentator for Fox League. It feels like every chance he gets he says how he would have done things differently if he was the coach of the team on the field. And if it’s not him talking about coaching, it’s the other commentators and journalists linking him to clubs and saying how great he would be back as a coach.

Michael Maguire and Brad Arthur must cringe at the sight of him.

Have I missed something? Has everyone just forgotten about the issues? Am I being too harsh?

Just because you are considered in footy circles as a great coach who has a footy brain, this should not override all the damage that you have previously done.

When it comes to Flanagan, I would hate for him to be in the position to be able to do it all again.

Tell me Roarers, do you think Shane Flanagan should get a coaching gig next season? Would you have him at your club?