Living in Australia I used to be strange in a way in that I was a consumer of the English Premier League as a whole, but not a particular team.

I looked at the Premier League table. I wanted a team down towards the bottom of the table.

I told my friend Ezra Janetzki alright I’m a Leicester City fan. However, I didn’t end up going through with it which in hindsight was definitely a mistake.

Leicester performed a miracle the very next season in winning the League.

Fast forward to the beginning of 2020/21 season, I’d enjoyed the epic season in 2018-19 between Liverpool and Manchester City in which City ended up winning 98 points to 97. Chelsea was third with 72 points. However, it didn’t feel the same without a team in the fight.

My dad grew up in Ireland his childhood team was Leeds United. Leeds was a big club throughout my dad following them playing in big games against Manchester United and Arsenal, particularly in the 1990s.

They’d been in the wilderness for a while struggling to make it back, even dropping down to league one.

After falling to Derby in the playoffs semi-finals in 2019. Marcelo Bielsa led Leeds to promotion the very next season winning the championship.

In the first two games of the season Leeds lost 4-3 to Liverpool and then beat Fulham 4-3. I thought this is the team for me. It was definitely more enjoyable supporting Leeds with my dad than the league as a whole.

Anyway, enough waffling here’s my Premier League ladder prediction. I’m bound to get them all wrong but here we go.

There are my premier league predictions.

It is obviously a tough ask for Manchester United to overhaul City, but I feel with Jadon Sancho, Rafa Varane, Pail Pogba and Bruno Fernandes, they’ve got enough talent to win it. Liverpool outside of the top four probably a hyperbole prediction considering with everything that went wrong for them last season they ended up finishing third. It’s an assessment based on a feeling thing rather than pure analysis.

The seventh to tenth position is where I struggled most, I’ve probably got Leeds too high and West Ham too low. I feel Arsenal could prove me wrong with the young talent they’ve got and if Pierre-Emerick Aubameyang can get back to his best.

There’s usually always one promoted team that does well I think it could be Brentford.

There are lots of people out there who know much more than me. Feel free to disagree and comment where your team will finish. Hope your team goes well.

While many of the winter transfers to this point have been players lured to the English Premier League, clubs across broader Europe are also continuing to cast their nets in the search for talent. 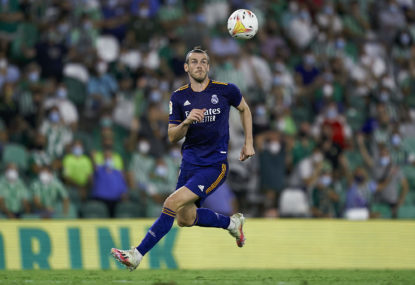