In the wide world of sport, why is it Australia continues to do so well despite having a relatively small population?

In this article, I will offer some positive reasons to explain Australia’s ongoing international sporting success to counter some of the more recent negative analysis of the Australian sporting experience.

For example, Colin Tatz, then an ANU Visiting Professor in Politics and International Relations, argued in 2017 that Australia only excels at a few sports with little international competition, that “we have lost our swimming mojo”, and that interest in sport is only short lived and ends once the result is known, in contrast to the enduring nature of great literature, art, and music where “each viewing or hearing gets better”.

But he is wrong. As of 2021, Australia remains a major sporting power with sport also playing an important part of the Australian social fabric as a force for good.

In terms of results, Australia’s swimmers alone won 21 medals (nine golds) at the recent Tokyo Olympic Games (OG) while the entire team won 46 medals (17 golds) to be the sixth most successful nation.

In athletics, Australia only won three medals yet finished tenth when points are awarded for top eight positions from 8 to 1, thus finishing ahead of much larger Western European countries such as Germany, France, Spain and Italy.

At Tokyo, Australia continued to express its prowess in sports such as basketball, hockey, rowing and cycling to a lesser extent, as well as win medals in the new sports long attractive to our youngsters such as skateboarding and surfing.

Outside of the OG, many Australian footballers and basketballers continue to earn high income playing in overseas leagues, our cyclists finished third and fourth in the last two Tour of France races (Richie Porte 2020 and Ben O’Connor 2021), and our professional golf and tennis players continue to do well with Ash Barty winning the French Open in 2019 and Wimbledon in 2021.

I cannot list all of Australia’s recent sporting achievements here, but a 2018 list of top sporting nations based on the 55 biggest global sports, ranked Australia fifth best in the world behind the US, France, UK and Spain, regardless of population.

We have long been recognised as a sporting power with the US magazine Sports Illustrated (April 1962) rating Australia the best sporting nation on a population basis when surveying the sporting prowess of 35 countries.

So why does Australia continue to do so well?

First, it is fair to say that the love of sport comes from our competitive British roots, but that Australia’s evolving commitment to international sporting success since is not merely as Tatz argues the promotion “of a warrior nation: tough, rugged, aggressive, competitive, resilient, essentially manly and matey” with this mentality evident “in every major war since 1899, and in every modern Olympics since 1896”.

While it was true that many Australians were proud to be British throughout the 19th and early 20th centuries, and embraced British sports at a time when the Anglo-Saxon countries viewed themselves as the most superior peoples of the world, Australia’s own desire to be globally relevant was gradually expressed through international sport.

This included sporting rivalries with Britain and other former colonies such as New Zealand and South Africa in a number of sports, especially with cricket against England after the latter’s home Test defeat in 1882 led to the battle for the Ashes with its importance persisting to this day. 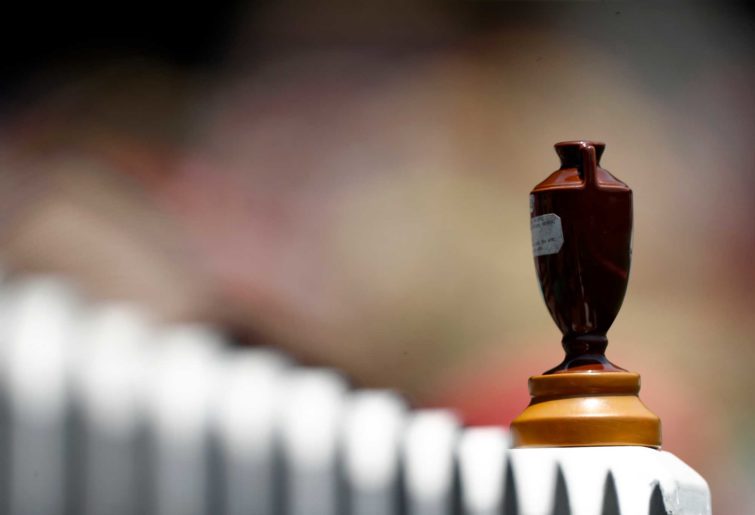 Our adoration of sporting heroes was also evident in our early days as a nation.

Most Australians, from political elites to wage earners, have long celebrated great global sporting achievements, as perhaps best demonstrated by Australia winning the Americas Cup in 1983 from the Americans, despite being a sport fought mostly between wealthy magnates.

With the love of competitive sport firmly entrenched in Australian society over the years, Australia’s men and women have long benefited from emerging international sporting opportunities.

In the case of female sport, whereas once OG participation was limited to a few events from 1912, and women in the early 20th century were discouraged from playing physical games like football, our women have long been competitive in international sport.

After the Second World war, and advantaged by Australians being much less affected by the food rationing and other problems facing post-war Europe, Australian females were very successful in OG sprinting and swimming during the 1950s and 1960s.

While Australian OG success fell away by 1976 as the previous amateur nature of most sports was challenged by the professionalism of the Eastern bloc countries led by the Soviet Union, I do not believe that Australia’s recent sporting success depended entirely on extensive government support.

This is despite Australian governments from the early 1980s taking up elements of the successful East German approach to also adopt early talent identification processes, intensive coaching, and federal and state sporting institutes with medical, technical and scientific support.

While greater government expenditure did help Australia again become a top ten OG power in terms of medals won by 1992, after Australia failed to win a OG gold medal in 1976 and just two in 1980, there are other reasons why Australia’s international sporting success has persisted.

This is because success in sport has always depended upon passionate Australian athletes and coaches passing on their acquired knowledge to new generations through their dedication to sport.

This is especially true in sports like cricket, despite that sport also employing research scientists at times to ensure that its science remains ahead of that of its competitors.

Even in the less popular OG sports, such as athletics, existing knowledge from passionate individuals has helped to develop our talent, often without reward.

Darren Clark, who finished fourth place in the OG 400m in 1984 and 1988, would avoid the benefits of being an Australian Institute of Sport scholarship holder to train in Sydney under Mike Hurst in a state that only commenced its own sports institute around late 1996.

Cathy Freeman, the 2000 OG 400m gold medalist, would fulfil her talent under a number of coaches from her school days, including her step father, her school coach under scholarship Mike Danila, the OG medalist Raelene Boyle, and Peter Fortune who coached her to OG medals. 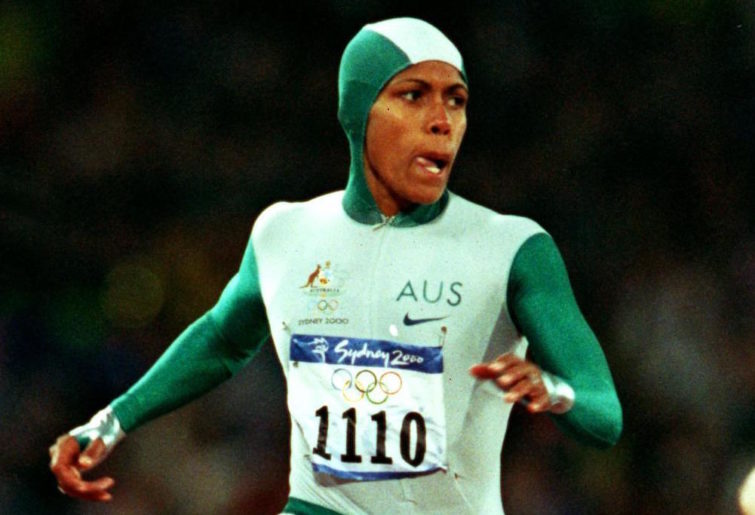 Freeman’s manager Nick Bideau also continues to have some global success with Australian runners with his Melbourne Track Club, which have included Craig Mottram (world championship 5000m medalist in 2003) and Stewart McSweyn who has placed in Diamond League 1500m races in 2021 and placed seventh in the Tokyo OG 1500m.

While international running success for Australia has been rare in recent decades, such passionate and knowledgeable coaches/managers continue to help our talented young athletes stay in such sports to maximise their potential, thus also contributing to Australians having ongoing interest in such sports.

With regard to sport’s social contribution, and contrary to Tatz’s 2017 sports article also declaring Australia to be a failed liberal democracy because of the “the treatment of Aborigines, immigrants, refugees, the homeless, the indigent, the aged and those on the poverty line”, I argue that sport is a uniting social force that helps breakdown barriers while also producing international sporting stars.

We know how the exposure of Cathy Freeman and Patty Mills on the national and global sporting stage brings pride and attention to indigenous people, yet both carry themselves as uniting forces that do not denigrate the rest of Australia.

Cynics of sport should also note the invaluable role that school and volunteer coaches play in providing children of all ethnicities with opportunities to shine, as evident by the contribution of the sports teacher and local coaches to Peter Bol who ran a brilliant fourth in the 800m at Tokyo when watched by millions of Australians on television.

Of Sudanese background, although living in Australia from the age of four, Bol is proud to represent and inspire Australia, yet his success also gives greater poignancy to his 2020 words that “I don’t think people should be seen as a refugee or a migrant or something like that … I think it’s better if we have a better conversation, to get to know the person, instead of the assumptions”.

It is such stories that demonstrate the beauty of international sport and how they contribute in a positive way to our evolving liberal democracy with Australian participants of very different ethnic backgrounds representing Australia in the many forms of sporting expression, despite old and new tensions always being evident.

Australian sporting success is also aided by having favourable weather conditions that allows most sports people to train all-year round, along with many having reasonable income and spare-time to develop their individual sporting prowess, whether solely as an individual or supported by family.

Hence, with most Australians living near the coast and enjoying access to many swimming pools, it is hardly surprising that Australia has consistently done well in swimming, surfing and sailing

Despite some recent evidence that points to greater inactivity by more Australians, with some research suggesting that only 19 per cent of children meet the recommended one hour of physical activity a day, 2019 data from the AusPlay survey showed that Australia had extensive participation in a number of international sports.

While such numbers alone cannot guarantee international success, they indicate that many Australians are interested in sport, and that the love of competition still persists and is likely to be passed on to the next generation.

For example, with our Indian immigrants to Australia, it may well be that their love of cricket will lead their children to play for Australia, including against India which has become one of the most formidable national teams in recent decades.

Andrew Gaze, one of Australia’s past basketball greats, was also right to state on television that winning an OG medal is not everything as the commitment to an ultimate goal over the years is also a uniting force, yet such commitment to a sporting journey can ultimately lead to eventual international success.

It did, with Gaze rightfully joyous after Australia won its first ever male global basketball medal at Tokyo, one of our greatest ever sporting achievements in such a competitive global team sport. 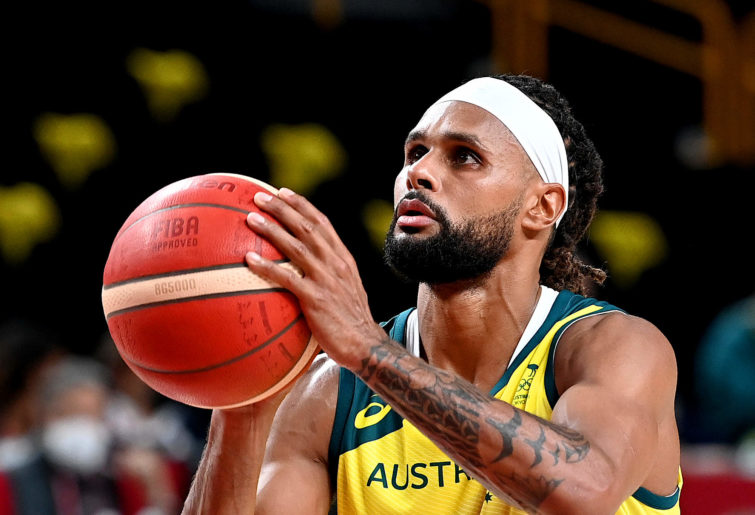 Our prowess in international sport also shows us that we do have the ability to succeed with any issue when we create interest and reinforce certain behaviours over time, albeit just how we do so are always issues for debate.