‘It might disgust the purists’: My plan to revive Aussie racing

After Zaaki won this winter’s Doomben Cup by seven lengths, a lot of superlatives were thrown around.

The word Winx was even mentioned. Trainer Annabel Neasham said she couldn’t wait for this spring’s Cox Plate after her horse came back from his spell.

Zaaki is a six-year-old British-bred gelding who won at Group 3 level in England and never came close to being a Group 1 performer.

Out here he is now hailed a potential superstar of the track. The first five horses in the cup field were overseas bred. Ditto virtually any metropolitan race in Australia a metre more than 1600 metres.

The last local-bred horse to win the Melbourne Cup was Vow and Declare in 2019 and he was by an American shuttle stallion.

Before that, it was Prince of Penzance in 2015, and he didn’t start at 100-1 for nothing. The 2009 winner Shocking ended the sequence of predominantly local winners.

Since then the cup has seen a virtually unending run of overseas-bred winners and place-getters.

Why wouldn’t they come? The prize money dwarfs that available in British and European staying races, where handicaps are literally and figuratively poor cousins to weight-for-age.

As Australia’s only genuine Group 1 performer a metre past 1600 metres, it has been now six-year-old mare Verry Elleegant’s lonely task to defend national honour.

She beat the ill-fated English Derby winner Anthony Van Dyk in last year’s Caulfield Cup and is two out of four against English visitor Addeybb, rated the best horse in the world in the autumn.

But who’s left her when she’s retired?

One racing writer with a flimsy knowledge of history labelled the 2019-2020 crop of local three-year-olds a golden generation; a generation that has won no cups or Group 1 weight-for-age races.

It is far easier for the likes of a Chris Waller to get overseas handicappers cheap, who can run a metre past 1600 metres, or someone else to bring a modestly-performed Zaaki here, now hailed as a potential champion against local opposition. 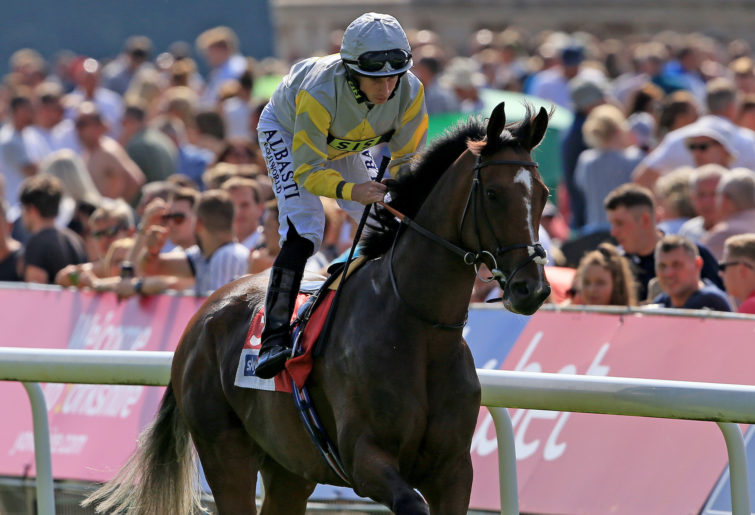 It is far easier than purchasing a sire with middle-distance credentials and putting him to mares with staying blood.

Instead, Lloyd Williams can have a trophy room of cups by purchasing overseas stayers to race here.

It’s not hard to accuse the symbolic culprit as being guilty for the decline of Australian racing: the Golden Slipper.

Now a successful sire who does produce middle-distance runners, 2012 winner Pierro was the last colt to train on as a three-year-old before being retired.

Capitalist, the 2016 winner, had one run as a spring three-year-old for a fourth before being packed off to stud, where he is now in demand.

Australian sprinters can beat the world, no doubt about that, but when local world beaters are discussed, the likes of Carbine, Phar Lap, Peter Pan, Bernborough, Tulloch and Kingston Town, and latterly Winx, are the legends. Among sprinters, Black Caviar might join them.

The first Slipper winner 1957’s Todman was the first glamour sprinter but the race was complementary to the whole then.

It is far easier now for studs to find a sprinting sire as part of a giant ponzi scheme.

Meanwhile, rugby league boss Peter V’landys performed one of the great administrative feats in Australian sporting history when he kept the NRL competition going in the face of COVID-19 in 2020. He’s done similar this year.

That’s by way of atonement. As NSW Racing boss, V’landys introduced perhaps the worst innovation in Australian sporting history: the $14-million, 1200-metre Everest, also known as the Subterranean, at Randwick at the start of October.

Billed as the richest turf race in the world, it unsurprisingly hasn’t attracted visitors from the rest of the world, and would attract the same local field if it were worth $2 million.

Legends are not made from 1200-metre scampers in the rest of the world, nor are successful sires.

They are here. Win and a young stallion has a lucrative stud career. It might produce a Slipper or Subterranean winner.

Rinse and repeat. The race does attract a lot of Hooray Harrys and Harriettes, with little interest in racing, to Randwick as compensation.

V’landys’ other innovation is the $7-million, 1500-metre Golden Eagle, also known as the Mynah Bird at Rosehill, tacked on to the end of the Melbourne spring carnival as competition.

He has cheekily suggested Victoria could reschedule its spring to accommodate his innovations.

V’landys has partially atoned by introducing the likes of the rich Kosciuszko and the Hunter for country horses.

He might further atone by feeding the poor when not rescuing the NRL.

Race programming tells its own story about the decline of Australian racing.

The Stradbroke Handicap-Brisbane Cup was once the big double at the Brisbane winter carnival, and the races were on separate days.

The once Group 1 standard, 3200-metre cup is now 2400 metres and shunted around on Stradbroke day. This year it was near the start, last year it was the last race on the program.

Someone with a sense of humour programmed an 1800-metre stayers cup at the Gold Coast Magic Millions carnival a few seasons back.

It won’t change. Occasionally, another Verry Elleegant might appear to defend national honour, or a breeding freak like Gunsynd, out of a Star Kingdom sire by a Newtown Wonder mare.

But there is a partial solution. If you can’t join them, beat them.

Make the Melbourne-Caulfield Cups 1600 metres, all the cups, the Cox Plate-Queen Elizabeth Stakes, all the weight-for-age races now more than 1600 metres.

It might disgust the purists, but there aren’t many of them left.

There are two meetings to look at on Monday, with my focus at Yarra Valley and Globe Derby.

Two meetings to look at on Wednesday, with my attention at Tabcorp Park Melton and Mildura. Down below is best bets for the respective programs.