Sterlo says 'freeze it there'. So where does he rank in rugby league's top 20 commentators list?

When your editor asks you to put together a top 20 list of rugby league’s best commentators of the last 30 years, your lip quivers ever so slightly.

You slap on your headgear and shoulder pads, pour a long glass of whiskey and batten down the hatches with your trusty Slazenger V100 draped over your shoulder.

With Peter Sterling deciding to hang up his microphone at season’s end, the Ed thought it might be time to see where he rates. Here’s our list of best 20 commentators of the past 30 years.

20. Ray Hadley
The ‘grizzled vet’ slides into the top 20. Hadley’s ‘Continuous Call Team’ has become the thing of legend over the years at both 2GB and 2UE.

19. Laurie Daley
It is easy to forget that prior to becoming the NSW State of Origin coach, ‘Loz’ was part of Fox Sports’ number one call team alongside Warren Smith. At the end of 2007, Daley went ‘over to the dark side’, joining Wide World of Sports for a short period before returning to Fox.
18. Ryan Girdler
Part of Triple M’s NRL coverage, Girdler has evolved into a slick co-caller alongside the likes of Dan Ginnane and Anthony Maroon. 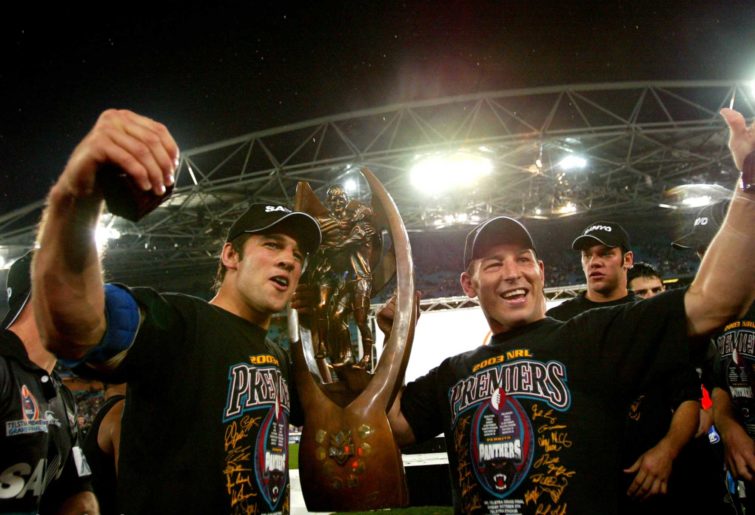 16. Billy Slater
The future Immortal doesn’t have the classic voice for commentary, but he has quickly made up for it with his expert views. A long future in the media awaits Slater.

15. Warren Boland
An underrated lead caller who was the voice of ABC TV’s coverage in the early 1990s alongside the likes of John Peard, Arthur Beetson and Debbie Spillane. The former Western Suburbs Magpies captain can now be heard as a co-caller in the Queensland Cup.

14. John McCoy
Remember the great Queensland broadcaster John McCoy? You may recall him as the voice of many a Brisbane, Gold Coast or North Queensland game in the ’90s and early 2000s. But you may not know that McCoy enjoyed a 50-year career that included calling State of Origin games in Brisbane and even came up with the name for the new Brisbane NSWRL franchise, dubbing them the ‘Broncos’ in a Rugby League Week article in 1987.

13. Roy and HG
If you know, you know! HG Nelson and ‘Rampaging’ Roy Slaven’s State of Origin simulcasts on Triple J became must-listen in the ’90s and included some iconic player nicknames such as ‘The Brick with Eyes’, ‘The Unmade Bed’ and ‘Captain in a Cab’.

12. Dan Ginnane
When Triple M won the rights to call the NRL, the station went all-in on Ginnane, who had already been working for them for several years. Ginnane has since added TV commentary to his CV with Fox League, after impressing viewers with his performances at the 2017 Rugby League World Cup.

11. Greg Alexander
‘Brandy’ has made the jump from footballer to expert analyser fairly easily and works seamlessly with any of Fox League’s current batch of head callers.

10. Peter Wilkins
Wilkins spent almost 40 years in sports journalism but is best remembered by footy fans as a commentator with the ABC and for a short time with 2GB when they won the broadcast rights from 2UE in the early 2000s. 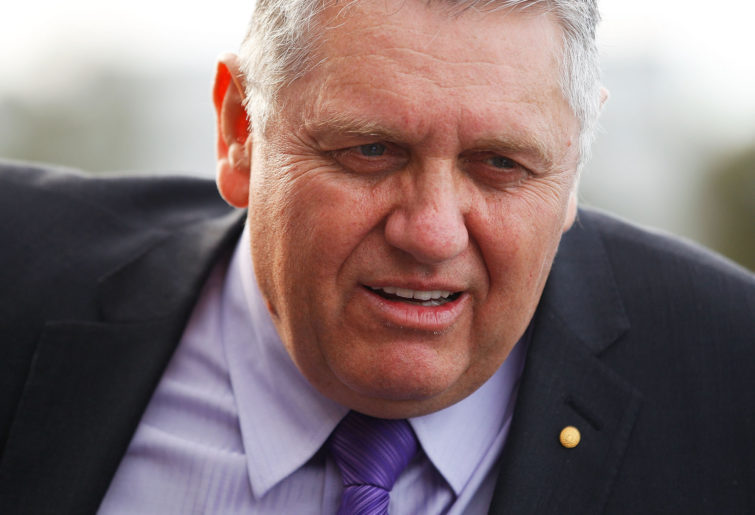 9. Warren Smith
You won’t find a better company man than Warren Smith, who has been with Fox Sports since the very beginning, way back in the mid-90s, and was the voice of Super League’s first and only season in 1997. Since then, Smith has entrenched himself as one of the game’s best callers and is a vital cog in Fox League’s matchday coverage.

8. David Morrow
The veteran commentator has been calling the footy across radio and TV for over three decades in a career that has spanned almost half a century. He was the voice of ABC’s radio coverage for many years alongside Warren Ryan and came out of retirement in 2015 to replace Moore at 2GB. Morrow was also the victim of some of Vautin’s worst work during a finals pre-game at the SFS, when a young ‘Fatty’ dropped the ‘f bomb’ live on TV.

7. Darrell Eastlake
“That is huuuuuuge!” As a kid watching Origin in the early ’90s, it was hard not to get excited when Eastlake fired up. The interstate series was already spectacular, but it somehow came through the TV screen and slapped you in the face when Eastlake was calling. Not a classical commentator by any stretch, but what a legend!

6. Andrew Moore
Moore currently leads the ABC Grandstand team and does a great job with his sidekicks Luke Lewis, Dene Halatau, John Gibbs and Michael Carayannis. He jumped ship from 2GB in 2015 and hasn’t looked back.

5. Andrew Voss
‘Vossy’ cut his teeth at Nine under Ray Warren for several years throughout the ’90s and 2000s and will forever be linked to the Commonwealth Bank Cup. After a stint calling Warriors games for Sky TV, he signed on to Fox Sports in 2015. NRL.com’s fans’ poll currently has Voss leading the ‘favourite TV play-by-play caller’ category on 35 per cent from Warren (30 per cent).

4. Graeme Hughes
Rugby league on TV in Australia in the ’90s began on Channel Ten and was headed by the great Graeme Hughes. Ten hit financial troubles and lost the rights to Nine, ending an almost decade-long partnership with the NSWRL. Hughes then became the voice of the Auckland Warriors from 1995 for Sky NZ.

3. Phil Gould
Some Queenslanders (maybe a few from the south of the border too) might be rolling their eyes but you can’t argue with Gould’s knowledge of the game. He has forgotten more about the sport than many of us know today.

2. Peter Sterling
After retiring from the Eels in 1992, Sterling hit the ground running as Warren’s expert commentator in the Channel Nine box. He was a natural and retires at the end of season 2021 to spend more time with his family.

1. Ray Warren
The legendary Ray ‘Rabs’ Warren may be coming to the end of his career, but no voice has dominated our ears like his over the last three decades. His calls have become the soundtrack to some of the game’s greatest moments. You’d be hard-pressed finding a fan that hasn’t had a crack at impersonating him over the years, either.