The AFL's top four go to war in Round 23

The AFL finals might not officially begin until next week, but for the top four teams – Melbourne, Geelong, Port Adelaide and the Bulldogs – the play-offs start this week.

To kick off Round 23, the Bulldogs, who have lost their last two matches and are 5-4 since their Round 13 bye, will look to lock up the top four when they face the Power at an empty Marvel Stadium on Friday night.

The Dogs’ fortunes have taken a hit in recent weeks with not just the shock losses to Essendon and Hawthorn, but also the loss of their leading goalkicker Josh Bruce to a season-ending ACL injury at the death against the Bombers.

Last week against the Hawks, they led by 11 points halfway through the third quarter, but conceded the final six goals of the game to crash to their first loss outside of Victoria for the season and continue a historically poor record in Tasmania.

This leaves them in a precarious position going into the final round, because a loss (plus a huge win by the Brisbane Lions) could see them finish fifth, leaving them to possibly host the Bombers in an elimination final. 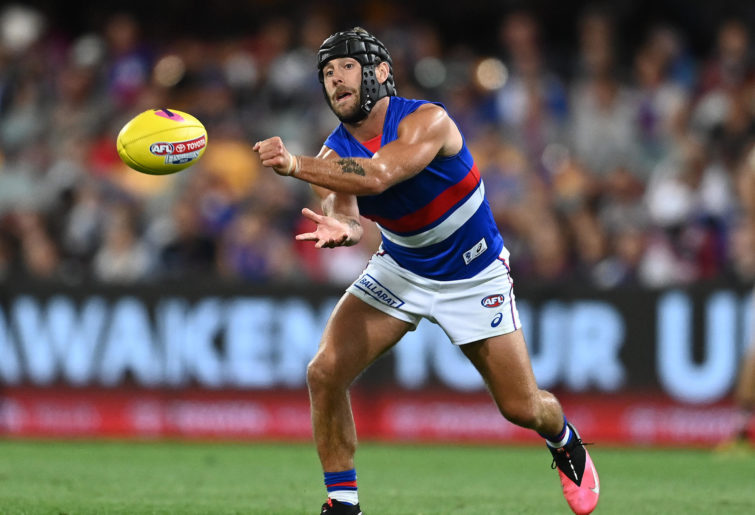 Port Adelaide appear to be timing their run well, winning their past five matches and boosting their percentage with a 95-point thrashing of Carlton at home last Saturday night.

The Power trailed their opponents by 23 points in the second quarter, but ran riot thereafter kicking the final 19 goals without reply to fall just short of a 100-point victory.

Depending on how much Ken Hinkley’s side win by on Friday night, they could go top of the ladder for at least 24 hours, with the Cats and Dees still to face each other on Saturday night.

This will be their second meeting this season, after the Dogs, thanks to a best-on-ground performance from captain Marcus Bontempelli and a four-goal haul from Aaron Naughton, won by 19 points at the Oval in Round 9.

In between the Bulldogs-Power and Cats-Dees matches, both the Lions and Swans will start favourites to beat West Coast and Gold Coast in their respective matches, which would ensure they finish fifth and sixth on the ladder.

The stakes would be highest in the Lions’ case, as they could snatch a top-four berth from the Bulldogs if Luke Beveridge’s side is beaten by the Power on Friday night.

For the Swans, their impending return to September is all the more remarkable given they finished in the bottom four in the past two seasons, and were forced on the road after their Round 14 bye.

It means they will have to play their ‘home’ final on the road, which is likely to be against cross-town rivals the GWS Giants.

This would be the third time the two Sydney clubs faced each other in a finals match, the Giants winning on both previous occasions in 2016 and 2018. 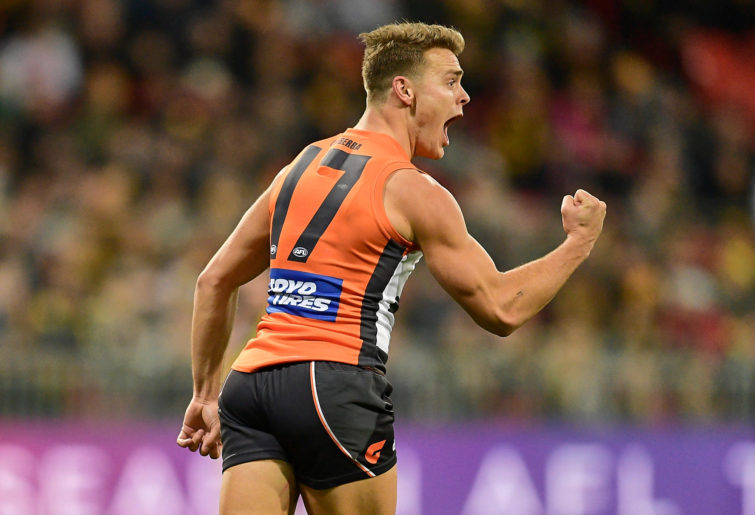 The Giants’ return to finals, which will be confirmed if they beat Carlton as expected on Saturday night, will also cap off one of the most remarkable seasons by the club given how poorly they started this season, as well as being thrown out of their state after Round 14.

The pre-finals bye, which had proven contentious since it was established in 2016, has been scrapped, though the league intends to use the weekend off “at some point” during the finals series, to ensure the grand final remains in its scheduled date of September 25.

The other top-four match this weekend is the minor premiership-deciding clash between the Geelong Cats and Melbourne, to be played at GMHBA Stadium on Saturday evening.

For both sides, the equation is simple – win and they finish on top.

The Dees are on top of the ladder but with only a two-point buffer on the Cats, thanks to the draw against lowly Hawthorn at the MCG in Round 18.

Simon Goodwin’s men have won their past three matches but do have a horror recent record at the Cattery – saluting only twice there since the late 1980s, the most recent time being in 2015 when they spoiled the 300th-game celebrations of Cats legend Corey Enright.

In the intervention, the club has suffered some humiliating defeats down the highway, most notably in 2011 when they lost by a near-record 186 points after which the late Dean Bailey was sacked as coach.

They will get Jack Viney back from suspension, while Steven May should also return after he was rested from the win over the Crows last week.

As for the Cats, they go into the match armed with a strong home record but would’ve been stung by some patchy form in recent weeks.

Chris Scott’s side suffered a surprise 19-point loss to GWS in Round 21 and were on the back foot early against St Kilda before coming from behind to win by 14 points, both at an empty Kardinia Park.

Their flag aspirations have however taken a hit in recent weeks with reliable defender Tom Stewart ruled out for the season. Mitch Duncan is a slight chance to return for the club’s first final, which is still a chance to be played in front of a crowd at Kardinia Park.

When the teams met back in Round 4, the Dees prevailed by 25 points, thanks to the best-on-ground efforts of Christian Petracca, Clayton Oliver and Jack Viney, who as mentioned above returns from his two-match suspension attained from Round 20.

But at home, the Cats will start favourites as they look to finish on top of the ladder for the second time in three years, putting them in a strong position to launch their assault at a first flag in a decade, and the first with Joel Selwood as captain.

There are so many permutations that could come out of these two matches.

If the Western Bulldogs and Geelong Cats win
Geelong will finish first, Melbourne second, the Bulldogs third and Port Adelaide fourth. This means the two qualifying finals would be the Geelong vs Port, and Melbourne vs the Dogs.

If Port Adelaide and the Cats win
Both will overtake Melbourne, though whichever team finishes first is dependent on how much they win their respective matches by.

If the Bulldogs-Port Adelaide game ends in a draw
Whoever wins between the Geelong Cats and Melbourne will finish on top of the ladder, with the loser finishing as low as third.

Meanwhile, a win by the Bulldogs, regardless of margin (keep in mind, their percentage is 134.5 to Port’s 127.3), would see them finish third and face the Cats in the qualifying final. The other qualifying final would be between Melbourne and Port Adelaide.