Clark-Sun? A move to the Gold Coast would make perfect sense for Alastair and the AFL

There would be many agenda items on the AFL Commission’s list for when it meets next.

Covid, The Carter Report and the price of meat pies would certainly be heated conversations.

But the last item on their list would be – How can we help the Gold Coast become a greater threat?

An AFL-backed venture since 2011, it has failed to fire a shot since their inception with concerns ranging from attracting and maintaining talent, sponsorship, ladder relevancy and developing a new football market in a tough environment.

Through many cups of coffees and hot chocolates, the whiteboard would be getting a working over with ideas on how to support their child to ensure it remains vibrant and holds hope for all stakeholders.

I would hope that one of the annotated points is the name Alastair Clarkson.

Revered as one of the greatest ever coaches this game has ever seen, Clarkson is now in a position of choice. Does he take some time out of the game and work through how to spend Kennett’s redundancy cash, or does he continue to do what he does best – coach?

Clearly, the last couple of games that the Hawks have dished up, suggests he still has the knowledge, players support and most importantly, the fire in the belly to continue.

The club received an additional priority pick in 2019 which they used to land best mates Noah Anderson and Matt Rowell to add to the growing talent led by Ben King, Jack Lukosius and Isaac Rankine.
They were able to bring north a few bigger and older bodies which were looked at in supporting these young talented kids. But while there have been some bright moments in season 2021 (the Richmond win springs to mind), there is still daylight between them and a finals birth. 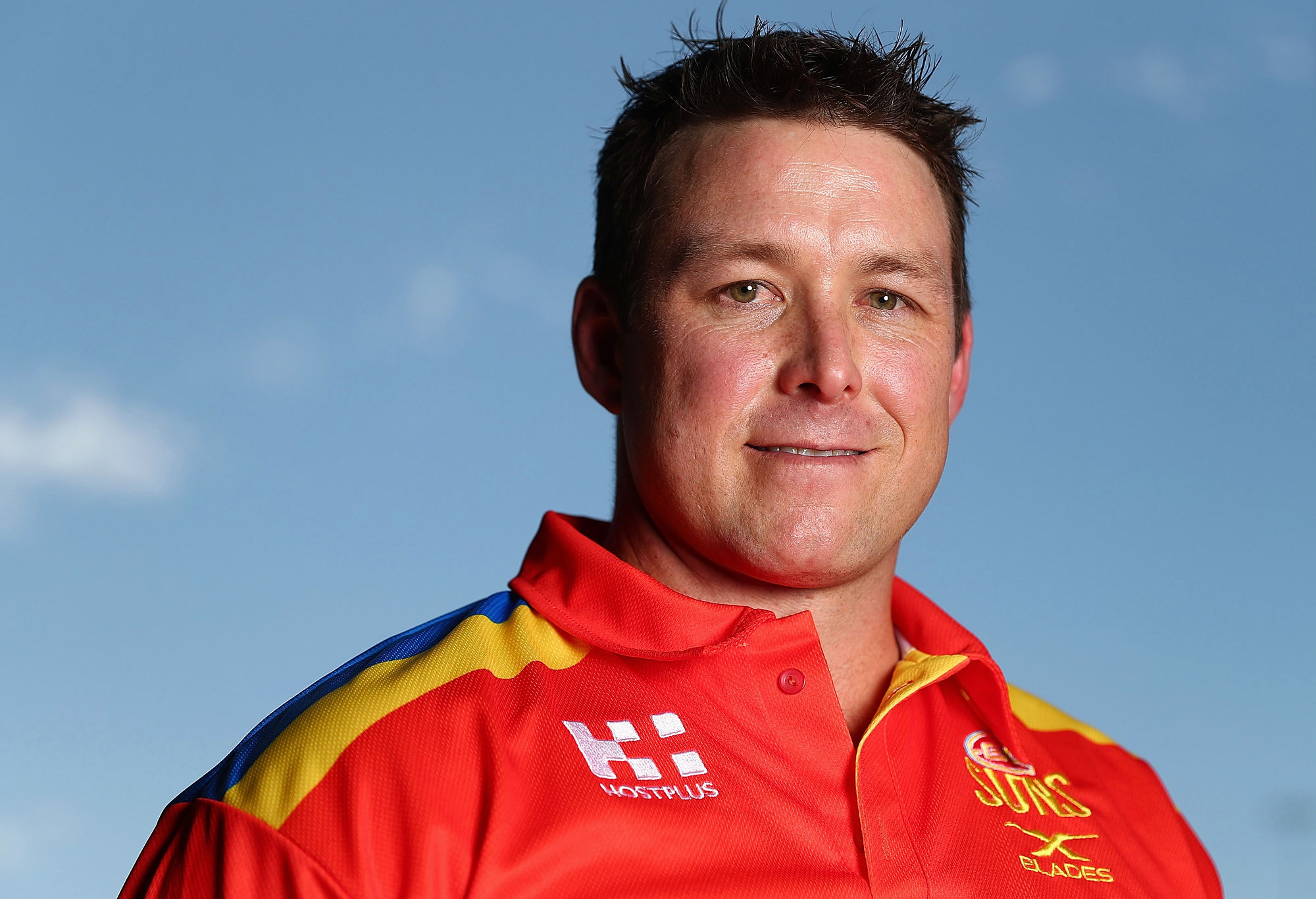 Because of their current situation and the situation that Clarkson finds himself in, it would be negligent on the AFL’s behalf if they didn’t investigate the possibility of supporting the club in signing Clarkson.

Jumping onto flight FJ-880 with a wheelie bag full of knowledge, experience and four premierships, he would also bring him with the ability to attract players. When the club sits down with a potential suitor and highlights the clubs’ facilities, the playing list but also the attraction of working with Clarkson – this is a big play. According to most scuttlebutt, he was the catalyst for Tom Mitchell (Brownlow winner) and many other players moving to the brown and gold. With apparent room in their salary cap and Clarkson sitting across the table – who else might want to join a team with the likes of King, Miller, Rowell, and Anderson?

We have heard several times through Tony Cochrane that the AFL market in the Gold Coast is growing.

Even in a heartland of Rugby and awful souvenirs, the oval ball that can be kicked and handballed is starting to grow legs. This is on the back of no success from the actual AFL team playing there. Imagine the noise that a four-time Premiership coach would bring when he turns up to the presser on the first day? No more gimmicks with players needed (thank you Karmichael), the club would have an experienced coach who engages the media, knows the game and has the track record of success. Sponsors would clamber over one another to sign the dotted line knowing that success is suddenly tangible.

The dilemma here is what to do with Stuart Dew. Would the AFL/Suns combination want Clarkson to be the big dog, and therefore Dew would be relegated and moved on? I think the answer has to be yes. 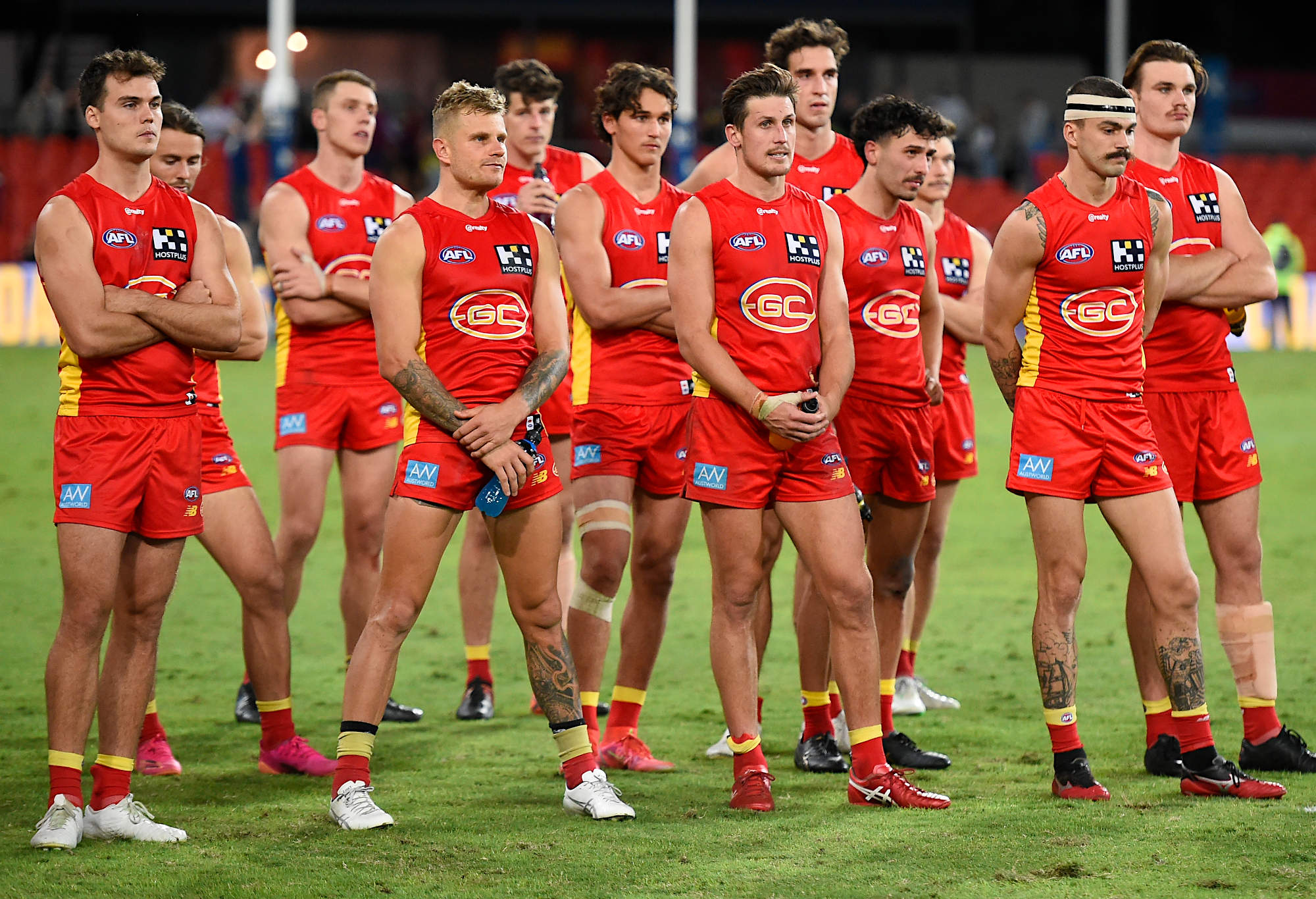 In the current climate of Covid where games have been played to little or no fans for the past two seasons and we have seen the reduction in the soft-cap, the AFL can no longer carry a team that treads water each year. Teasing a little but then by and large, falling away mid-year. The noise from the Apple Isle for their own team is growing by the day and the team from the north needs to get better.

The connection with Mark Evans is clearly the elephant in the room and one that will no doubt have the rumour mongers hard at work eavesdropping and making 2 + 2 = 7.

But what it does provide is a direct line to one of the most successful coaches we have ever seen. On top of this, the Suns are backed and heavily monitored by the AFL who need to act now.

The scene is now set.

Clarkson receives a hefty paycheck for a year of coaching he won’t do. He finishes the year with some exciting footy with a budding group of Hawks juniors.

What better way for him to further entrench himself into being the greatest coach of all time than to take the reins of a side that has the talent, has the backing of the AFL and only one way to climb.