The Roar
20th August, 2021
20
Join the conversation
Advertisement
Write for The Roar

Cricket Australia CEO Nick Hockley released a statement in support of Langer on Wednesday, but The Australian reported he then contacted senior players Tim Paine, Aaron Finch and Pat Cummins shortly after to discuss reported tensions between Langer and the playing group.

“A lot of the content coming out about this is downright disrespectful to a bloke that’s played over 100 Test matches,” Hayden told SEN radio.

“Even this facetious discussion amongst senior players last night that obviously Pete Lalor (The Australian’s chief cricket reporter) was onto about deciding Justin Langer’s future. Umm, hello! what about meeting about the fact you’re No. 3 in Test cricket and No. 3 in ODI rankings, and No. 6 in T20 rankings? 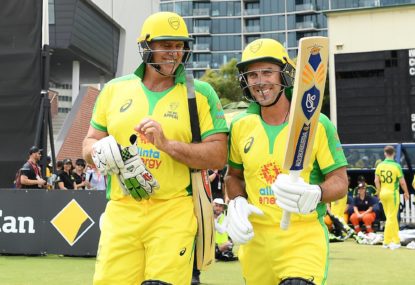 “Waste more energy and time thinking about that than discussing a bloke who’s a legend of the game and so passionate about Australian cricket and culture.

“It reeks of the lyric, ‘sixth months in a leaky boat’. So many holes are now coming out.”

Hayden said it appeared Langer was not receiving enough support from the Cricket Australia hierarchy.

“Leave him alone. Let him do his job and for god’s sake listen to what he is saying,” Hayden said.

Hayden said he saw a breakdown in the culture of the Australian cricket team first put in place by Allan Border in the 1980s.

“I personally think there’s a lack of accountability and a lack of control in terms of options for players and where it is that their futures lie,” he said.

“Now players have got such lofty expectations to focus solely on what they have to do.”

Langer can’t find a way out of the headlines, which keep coming.

On Friday the Sydney Morning Herald quoted him as confirming that he received $40,000 for his role in the Amazon Prime documentary The Test, which was half of what every player received – even those who were barely seen on screen.

“It’s been speculated for months that payment for the documentary has been a friction point between Langer and the playing group,” wrote Andrew Webster.

“It seems it was more of an issue for Langer, who was frustrated about his payday, something he confirmed on Thursday afternoon.”

The Herald quoted Langer as textng the response: “You are absolutely correct in what you heard, and if I look back at that moment in time and with hindsight I should have reacted differently.”

Langer did receive some public backing from Paine on SEN.

“There’s no hiding from it – it’s been a tough week,” Paine told SEN Hobart.

“Certainly tougher for Justin Langer than anyone else (associated with the team).

“It’s been a bit of a shame the last week that a lot of the failings around Australian cricket have been pinned on JL. That’s certainly not the case. We haven’t lived up to our own standards on the field.”