As the Western Sydney Wanderers celebrate their upcoming tenth season, former club champion Servet Uzunlar was reminded of her own unique place in Red and Black history.

On 20 October 2012 at Burton Park in Adelaide, she scored the first ever goal (first two in fact) in Wanderers’ history. Mark Bridge scored the first goal for the A-League team a week later in Brisbane, in their fourth game.

Uzunlar’s goals in the sixth and 21st minutes gave the Wander Women a 2-0 lead against Adelaide United in their first ever W-League game, and also sealed her place in Wanderers folklore.

And how does the former Matilda feel about having such a special honour?

“I actually can’t remember that game, and did I really score two goals, I have a terrible memory,” laughs Uzunlar, now aged 32. “I played centre back and rarely was in any goal scoring position.

“I feel really lucky and privileged to have scored the first goal for the club.”

Jenna Kingsley also netted for the Wanderers that day who blew a 3-1 lead, eventually going down 4-3 to United with Kiwi international Sarah McLaughlin scoring a hat-trick in the space of 11 minutes for the Lady Reds.

Uzunlar was part of a strong squad who assembled for the Wanderers maiden W-League season. The likes of Sarah Walsh, Teigan Allen, Linda O’Neill and Cath Cannuli all wore the Red and Black in 2012/13, with the Wander Women finishing sixth that season.

Uzunlar, who was capped 48 times for the Matildas, played 88 W-League games in total with stints in Canada and South Korea in between. 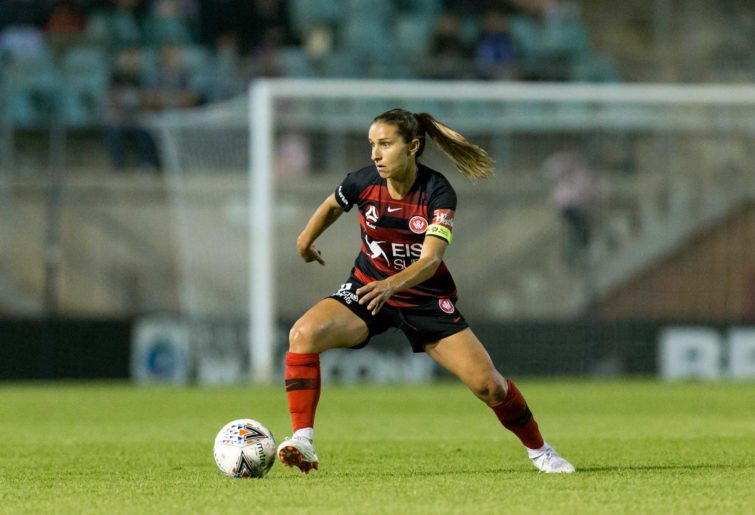 She in fact won the club’s first ever Best and Fairest award in 2012/13, and then won her second Wanderers Medal in her last ever professional season in 2018-19.

“It was so much fun playing for the Wanderers, it is such a community minded multicultural club, that I felt like I belonged from the start,” said Uzunlar, who is of Turkish descent. “I enjoyed playing for Sydney FC of course but it was also a great honour being part of the Wanderers first ever team.

“A few of us felt obliged to help grow women’s football, and I remember thinking the Wanderers were new and represented an important football region in Australia. So we decided to join the new club to help make them competitive which was important for the W-League.

“I feel honoured to have won two Best and Fairest Awards in my first and last seasons for the club.”

During her time with the Matildas, Uzunlar was part of the triumphant 2010 Asian Cup campaign. She played a key role in the Final, keeping a tough North Korean team at bay as Australia won on penalties.

While she also played in two World Cups, Uzunlar appreciates what winning the Asian Cup meant for women’s football.

“But winning the Asian Cup in 2010 was amazing. Playing in big tournaments is what you want to do as a player.

“What I remember about that tournament was beating Japan in the semi-final. Once we did that, we were like wow we can actually win this whole tournament. It was something very special.”

Uzunlar admits she is thrilled to see her former teammate Cannuli become the first woman to coach the Wanderers for the upcoming season.

“Cath thoroughly deserves this chance. She has worked hard for so many years to get this opportunity.

“I have known Cath for years and she has always had a great football brain. She is always so giving with her time and is a fantastic person to boot.

“She will be a great coach for the ladies this season. The young ones in particular will find her great to work with.”

Uzunlar spends her time these days coaching kids and teaching at Central Coast Sports College. It is a job she throughly enjoys, allowing her to give back to the community.

“My role involves coaching but also being a teachers aide for Kindy to Year 4.

“It’s something I really enjoy. It’s very rewarding. I am passionate about kids having a healthy lifestyle which involves being active and getting out and about.”

While her playing days are limited now – playing for Northern Tigers in the NSW NPLW has been curtailed due to COVID19 – Uzunlar admits she still loves the game and is excited about the next few years heading into the 2023 World Cup.

Any Wanderers fan who wants a W-League specific membership for season X, can click here.

The Western Sydney Wanderers can draw many parallels with the movie Willy Wonka and the Chocolate Factory. 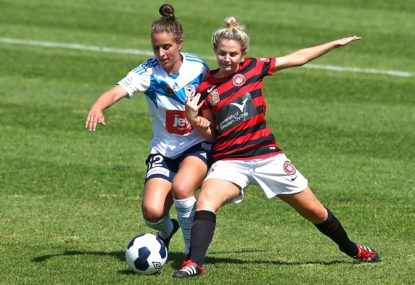