Hyderabad is well known for its historical monuments dating back from Mughal rule in India, their famous biryani and wrist batsmen such as Mohammad Azharuddin and VVS Laxman.

The last thing Hyderabad would be known for is producing an Indian quick who could crank it up to 150 kilometres. Fast forward to August 2021 and Mohammed Siraj is making great strides at Test cricket, with 27 wickets to his name in seven Test matches.

I had first seen Siraj in the 2017 IPL when he made his IPL debut for the Sunrisers Hyderabad against the Delhi Daredevils. Bowling consistently at over 140 kilometres, he could bowl a deceptive slower ball. Siraj picked up two wickets and I was immediately impressed with him.

A month or so later, I was watching Siraj play in a first-class game between India A and South Africa A. And boy was he impressive.

Clocking at high speeds, Siraj was troubling the South African batsmen. While he deserved a five-for with the ball, Siraj would have to be content with 4-61 and 1-42 on his India A debut. 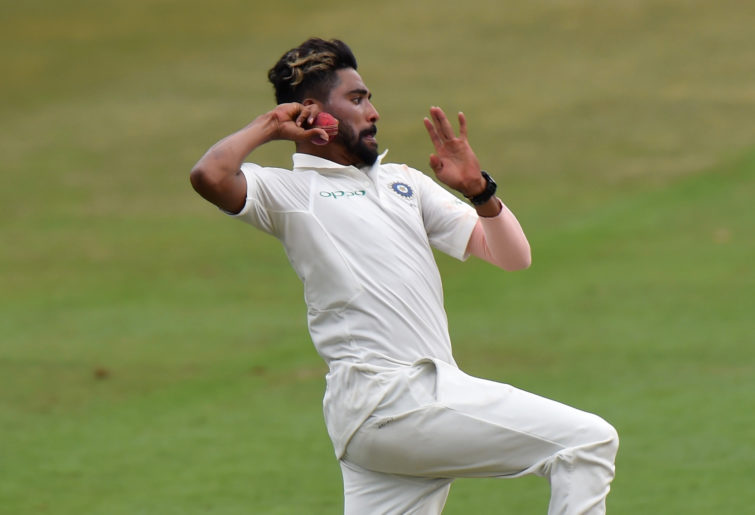 I continued following Siraj’s progression for the 2017-18 Indian domestic season. And every time he had the red or white cherry in hand for Hyderabad, he hardly had an off day and continued being a wicket taker for them in all formats, averaging less than 24 in first-class cricket and 20 in white-ball cricket.

But these were games with hardly a big television audience or packed crowds – such is the life of domestic cricketers worldwide.

A move to Royal Challengers Bangalore for the 2018 IPL saw Siraj bowling at the Chinnaswamy Stadium – the toughest ground in India to bowl in with short boundaries, a fast outfield and a flat wicket with nothing on offer for bowlers.

Unsurprisingly, Siraj struggled adapting to the Chinnaswamy dimensions as he leaked runs, especially in the death overs. And this harsh perception of Siraj being a run leaker came on the shoulders of the young fast bowler.

Yet that would not dent his confidence in a home series against Australia A. In the same Chinnaswamy Stadium he conceded runs in IPL 2018, Siraj destroyed the Australia A line-up with an amazing spell of 8/59.

After that brutal spell, I knew Siraj was ready for Test cricket. But there were a host of other names ahead of the pack in the Indian set-up. There was no other choice but for Siraj to barge his way into the Indian squad.

It did not matter which type of ball Siraj was holding, he was taking wickets for fun in a Hyderabad and India A shirt. And the Indian selectors were always tempted to select him, but at whose expense?

It took a global pandemic and an injury to Ishant Sharma for the Indian selectors to finally add Siraj to the Indian Test squad in the 2020-21 Border-Gavaskar Trophy.

After Mohammed Shami broke his arm in the first Test, Siraj made his Test debut at the MCG on Boxing Day 2020. He was the first Hyderabadi cricketer to play Test cricket since Pragyan Ojha and the first quick from Hyderabad (former Hyderabad and Indian cricketer Syed Abid Ali was an all-rounder and bowled medium pace).

And just like past Hyderabadi cricketers have done in the past while donning the Indian jersey, they perform extraordinarily against Australia. While Ajinkya Rahane was calm and composed as skipper, Siraj’s aggression and wicket-taking spells were crucial parts of India pulling off a heist many did not expect after the debacle in Adelaide.

In the first two Tests against England, Siraj has been outstanding as first change for India. He bowls a relentless line, hardly giving away freebies while attacking the stumps and has a trademark celebration after taking a wicket.

With the way he has bowled in Test cricket, it was fitting that Siraj was the man who took the final wicket for India at Lord’s as the Indians took a 1-0 lead in the five-match Test series.

Called miyaan (a term heavily used in Hyderabad) by his teammates at domestic, franchise and international level, Siraj has cracked Test cricket after unsuccessful attempts at ODI and T20 level. But he was always ready for Test cricket since 2017.

When I wrote my piece on if India had to field a side in all three forms at the same time last year, I had penned Siraj as the third seamer in the Test XI, leapfrogging him over Umesh Yadav. And now, he is ahead of Yadav in the Indian Test pace battery for overseas Tests.

In the future, we may see Siraj become a regular in India’s white-ball teams as his death-bowling skills have improved a lot ever since Bangalore have not played an IPL game at Chinnaswamy in the past two years.

As for now, miyaan bhai Mohammed Siraj is showing his magic in Test cricket. Having been a big part of India’s series win down under, Siraj can be a big reason for India to end up winning their first Test series on English soil in 14 years.