All Blacks combinations are improving, but not all the gaps are closed

If anyone is actually interested in talking about the game on the field this week, I have had a look at New Zealand’s progress after Bledisloe 2: Return to Eden, and I really hope that the Monday video review was far harsher than a record points-scored column would perhaps indicate was warranted.

Let’s begin with the good.

New Zealand’s locking partnership has looked somewhat frail in the last couple of seasons. Brodie Retallick’s absence exposed some depth issues and Sam Whitelock’s legs were beginning to show their age. But no, the band is firmly back together and reminding us why they have dominated as a pair for so long.

Retallick was short of both a gallop and timing coming back from Japan, but every week he is looking more like his former self. His hard mirroring at lineout time has caused his opposition all sorts of problems. Which other international lock runs an 80-metre support line to score under the post?

Captaincy agrees with Whitelock, who’s back to his physical best – hard at the rucks, rock-solid at the set piece and tough at the gain line. Bringing on one of the promising younger locks behind Scott Barrett is now a real priority.

The All Blacks have looked a little lost for a midfield combination, but the elevation of David Havili is on the edge of solving all. He is not a big man in the Ma’a Nonu or Damian de Allende style, but Australia and Fiji have both had all sorts of problems keeping him off the gain line.

That Crusader parentship with Richie Mo’unga, which came into being almost by accident, looks like it could be a long-term winner for the All Blacks. His all-round technique is first class, and his ability to present the ball cleanly and quickly after contact, a much-overlooked skill, reminds me of Ben Smith and allows New Zealand to run a type of block play in front of the gain line, which and has consistently provided quick go-forward pill.

Add another booming boot in the backline in the era of 50/22, a really good decision-making framework, and a proven ability to step into first receiver and playmaker, and there is some real upside here.

But now let’s consider the not so good: the back three, in particular the fullback.

The focus of this season has to be South Africa. It’s no secret how South Africa are going to play – 46 kicks against Argentina in Game 1 merely reconfirms this – so ball security is going to be key. There’s no point having the skills to run it back if you can’t catch it in the first place.

Damian McKenzie turned the ball over three times in the opening ten minutes of Bledisloe 2 again. I was very impressed with how direct Jordie Barrett was in his 25 minutes on the field, and I can’t help but think that having someone who is 193 centimetres tall and of no material drop in quality over the incumbent can’t be a bad thing with balls raining down out of the sky, not only for catching but also for the robustness of taking the chasing tackle that follows.

I have seen nothing from DMac of late that screams quality combinations in the back three. 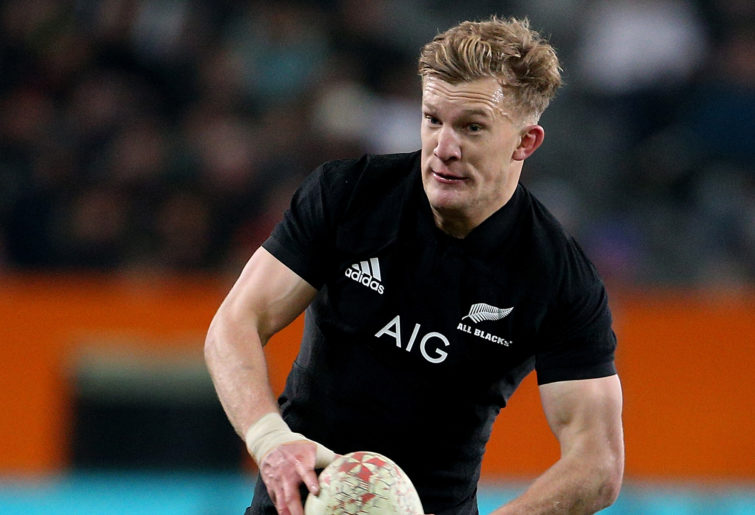 No doubt the second half was the best effort in black we have seen from Akira Ioane, and Dalton Papalii will never be criticised for his effort, as his 21-3 tackle count confirms, but the scoreline hides that as a combination this is simply not working.

I posted at halftime that Bledisloe 2 may have been the most disconnected effort from an All Black loose trio in a first half for some time, and on review I saw nothing to change my opinion.

Regular readers will be aware of my long-held belief that you cannot play more than one of Ioane, Ardie Savea and Hoskins Sotutu in the same trio because the lack of work rate from all is simply a luxury in the trade-off for attacking ability and it puts too much pressure defensively on the rest of the side. It is a balance that will not stand up to examinations greater than Australia.

While the second half, for the second week in a row, saw a better structure and focus from the trio, as six solid ball carriers tackle in the first four minutes attested, the fact remains that we are currently falling well short of the standards required for an All Blacks trio.

Let’s test this against the Murray Mexted standard measures, as derived from a Devlin Radio Show podcast of 8 August, which is worth a listen.

Regain
The All Blacks loose forward trio has not won a single turnover on the ground in three Tests now, and neither have they had a clean steal nor a forced penalty.

Given our traditional focus and the fact that this is a side that relies heavily on turnover ball and turnover penalties as a primary source of try-scoring, this is a serious issue, particularly as Savea and Papalii both had such good turnover records in Super rugby.

We cannot rely on the better sides being as generous with errors as Australia has been in the last two games.

Retain
Not winning your own turnovers does correlate with losing your own ball to others for the same reason, not playing the loose trio together, close enough to the ball. Dalton Papalii adds a high ruck attendance to his tackle count but, again, he has often been alone in this key endeavour. Last week Ioane and Papalii combined for four turnovers conceded also, so it’s representing quite a negative net outcome picture.

Repel
Often the run metres of the loose forward trio is the difference in winning matches, and we are now conceding metres around the ruck with way too much ease.

I wrote after Bledisloe 1 that there was a real chance to go at the edges of the All Blacks pack in that first 40 minutes, but with relative inexperience at Nos. 9 and 10 they were not going to spot it. Nic White and James O’Connor would have been onto it a lot quicker.

Well, the Aussie analyst team were onto it by Bledisloe 2, and New Zealand paid the price. The Wallabies loose trio ran for over 100 metres and were aided by a further 40 from Tate McDermott. The All Blacks trio was loose around the ruck in Bledisloe 1 and poor there again in Bledisloe 2, and this time it cost in metres and the opening try to Australia – the near channels at the ruck had failed three times before the score.

From Jerome Kaino establishing himself in the No. 6 shirt to lifting the World Cup 35 games later, that side conceded 100 loose forward run metres just once – in a big win over Ireland in Dublin when Jamie Heaslip had one out of the box.

Compare the following two clips, one of how Sam Cane and Shannon Frizell set up and work together close to the ruck, the other of what we have seen near the ruck from our current selections, especially where Akira Ioane stations himself on the opening side and doesn’t close in tight to the open side of the ruck when required.

The Frizell-Cane partnership succeeded last year because they work hard together. You could have thrown a blanket over them for the first three games of the Australia series last year and there would still have been a real understanding in the combination of where each other needed to be based on where their partner was. Maybe we’ll get to see them both back together before the year ends.

While there are some signs of increasing cohesion between the current trio, in particular in attack, it does not look like a natural fit on either side of the ball and in particular close to the ruck defensively.

One of either Savea or Ioane has to go before the Rugby Championship restarts. And remember: we will get Sam Cane back before the European legs at the end of the year. If Ioane can keep up the work rate we saw in the second half of Bledisloe 2 and maintain his impact, I expect he will retain his spot and consign Ardie either to the pine or out of the 23 altogether, with the high impact Luke Jacobson the required selection at No. 8.

When I watch the current loose forward trio together I get the same pit-of-stomach feeling I had in the last days of the Steve Hansen era – that the coach, despite all the evidence to the contrary, thinks he can outrun and outscore the opposition without having to do the hard yards first. With contracts up for renewal before the end of the year, I would be ditching this thinking sharpish.