Who really finished on top of the AFL ladder?

This is the truye final ladder for 2021 – if it had been a 17-game season in which every team played each other only once.

To clarify, these win-loss records reflect only the first time two teams met this season. The five games in which a club faced a team it had already played in 2021 were set aside. Ties were broken as you would expect in this kind of exercise: by examining the head-to-head results.

The biggest difference, obviously, would be Richmond’s trading places with the Giants, which is symbolic of the Tigers’ collapse at the end of the season and GWS’s surge to make the eight – the Giants were 4-1 in repeat games; Richmond was 1-3-1.

Onto the real ladder now. 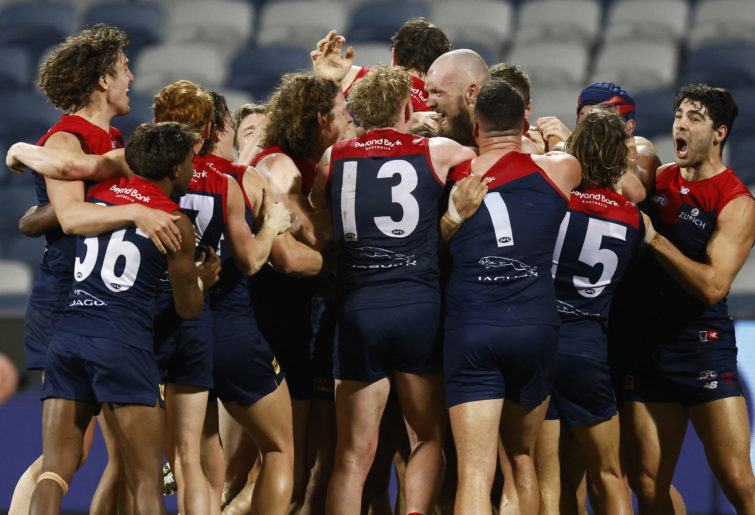 This is the first season in 14 years – since 2007 – that the AFL has seen four teams jump into finals. Sydney, GWS and Essendon moving into slots six, seven and eight isn’t that strange, but Melbourne jumping straight to the top spot sounds unusual – at least until you realise Port Adelaide did the same thing from tenth last season! Incredibly this is the seventh consecutive year a team from outside the eight leapt into the top three the following season, and it’s been seven different teams, too.

Collingwood is the second straight eighth-place team to fail to repeat as finalists and the sixth in the last ten years. St Kilda is the fourth straight sixth-placed team to fail to remain in the top eight the following season and the ninth in the past 13 years. This bodes badly for the Swans in 2022, who in fact were one of those falling sixth-place teams just three years ago after their last trip to finals. West Coast is the fourth out of the last seven teams in seventh position to fail to repeat as finalists.

In the 28 years of the eight-team finals system the bottom-four finalists have been unusually susceptible to replacement. Of the 112 possible repeat finalists in that time only 55 have successfully returned – fewer than half. Only seventh place has returned more than 50 per cent, but even then they lost 12 from 28. Fifth and eighth are exactly 50-50 in that time, and sixth place is a disastrous 11 returns to 17 dropouts since 1994.

On the other side of that coin, ninth and tenth places are apparently where one wants to be for finals success the following season. Over the course of those last 28 years, 13 of 28 ninth-placed teams (46 per cent) have made finals in the following year and a whopping 16 of 28 tenth-placed teams (57 per cent) succeeded in moving into the top eight the next season. That includes last year’s possibilities – tenth-placed GWS, now in seventh, and ninth-placed Melbourne, the minor premiers.

Therefore it’s historically more likely to see this year’s tenth-placed team (St Kilda) in finals next season than any of the teams placed fifth to ninth. That may seem far-fetched, but statistically it holds up. 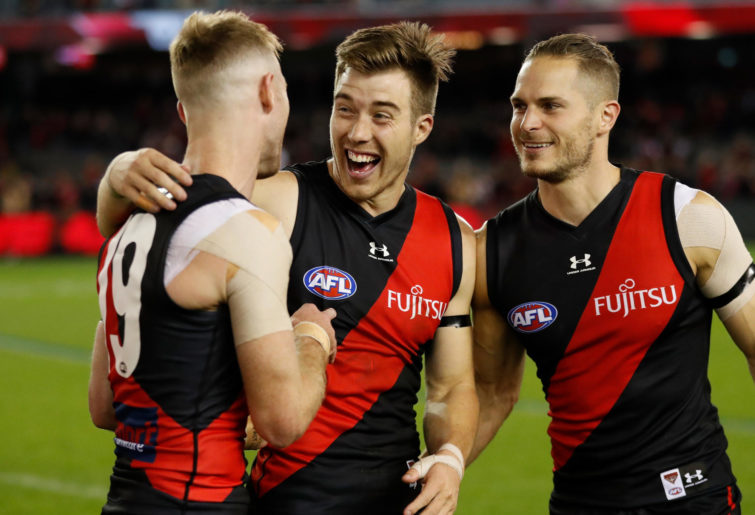 How have minor premiers done in finals competition? Sorry, Demons; the prognosis isn’t great. Since Collingwood went to two grand finals in one season, winning the second after drawing the first for its title in 2010, only one other minor premier has gone from top of the ladder to holding the trophy a month later: the 2013 Hawthorn Hawks in the first year of their three-peat.

In fact the last three minor premiers have failed to even make the grand final, registering a pair of losses in the first three rounds of finals. Since 2013 four of the seven have lost in the preliminary finals and the other three in the grand final.

If you’re looking for a good recent historical slot to sit in September, Geelong’s there right now. Richmond won all three of its titles from third place, losing to Mason Cox and the Magpies when they were in first. West Coast came from second to win in 2018, and the Bulldogs famously won from seventh place in 2016.

Oddly, Hawthorn won its first title from first place, its second title from second place and its third title from third place. They tried to win their fourth from fourth place in 2018 but lost in straight sets.

The Bulldogs will now have to win four straight games, having fallen to fifth at the death of Brisbane’s miraculous game Saturday night, but that’s fine for two reasons for this one specific team:

First, as we’ve already alluded to, they’re the only team in this double-chance format to come from below fourth to win the thing. Adelaide came from fifth in 1998, the last year before the current bracketing was installed to better protect the top four.

If you’re looking for examples of momentum being useless going into finals (and it is!), it’s the Bulldogs’ recent history you turn to. Recall in 2019 that the Doggies came into finals like a house on fire, destroying everyone in their path. They had won their last three games over teams by an average of more than 66 points. But when finals came, they were destroyed by the Giants, losing by 58 points, and eliminated in Round 1. GWS, on the other hand, had been limping in but somehow made the grand final after that win.

But in 2016 the Bulldogs were the ones limping into finals, destroyed by the Eagles in Round 23 and looking like cannon fodder. Instead they found a purple patch and won four straight to lift the cup for Bob Murphy.

Without the pre-finals bye, the winners of the qualifying finals have a fighting chance for a change this season.

Since it was introduced in 2016 following Fremantle’s line-up debacle in the final round of 2015, when Ross Lyon left half their team home and they were non-competitive against Port Adelaide (this is why we can’t have nice things), the pre-finals bye has given every team a chance to rest and recover their injured or nicked-up personnel before competing for the trophy.

But if you win your qualifying final, you then get a second week off, and that has meant rest turns to rust.

Between 2016 and 2020 the teams that won those first-week qualifying finals and thus had two byes in three weeks were a mere 4-6 in their preliminary final engagements, a 40 per cent win rate for ostensibly the best teams in the league. In the five years before that, all seasons without another bye week inserted, the winners of the qualifying final were 9-1 in the prelims, a 90 per cent strike rate. Having just the one week off – and them probably being the best teams anyway, if they were a top-four seed and beat another top-four seed in the – meant they went to the grand final.

If you happen to like havoc and chaos, the pre-finals bye is for you. But if like me and you prefer to think that winning a game in September should be advantageous to your chances of reaching the grand final, eliminate the pre-finals bye and give the qualifying final winners their rightful advantage back. This year especially, with very little home-field advantage to rely on, that will be key for those top four teams who win this weekend, no matter which ones they are. 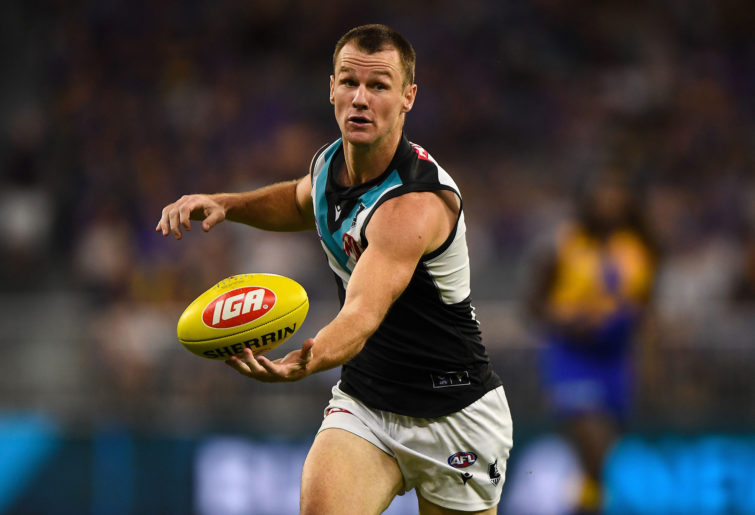 The ELO-Following Football ratings system gives Port Adelaide a ten-point edge over Geelong on Friday night – I also think the Power should win at home, though it won’t surprise me if Geelong pulls it out with their midfield breaking even on clearances and three forwards thriving inside.

It also backs Brisbane a two-point advantage over the Demons. I’m not sure if I think the Lions will win – that small margin probably means it’s a toss-up – but that’s the way I’m leaning until I see the line-ups. If the odds remain in Melbourne’s favour by over a goal, take the wager and the Lions – this one should be really close.

In the elimination finals, both held in Launceston, we agree with the opening line in the third Sydney derby of the season, taking the Swans by 8.5 points. As for the Doggies and the Dons, our ELO-FF system lists this game as a draw. Technically the Bulldogs have a 0.2-point advantage, which is within the margin of error. So again, if the bookmakers insist on giving the sons of the west a big handicap, take Essendon and the margin – that’s your money they’re flaunting!

We made $15.50 on our $36 of hypothetical wagers over the last two weeks – don’t ask about the previous six or so; we did lose money over the course of the season – so we’re on a hot streak.

We’ve placed in the top three per cent in both Round 22 and Round 23 in our various tipping competitions, but frankly, the ELO-Following Football rating system did even better in 2021, scoring over 56 per cent compared to the point spread for the entire season (109-85).

We’ll touch base throughout finals, as we also present our version of the year-end wrap-ups for each AFL team, including its best 22 on the year and what its ratings suggest for 2022.