Time for the 'Toddy': NRL should give player stupidity the recognition it deserves

The NRL, and its predecessor competitions, have a long and proud history of players making stupid decisions and having their names up in lights for all the wrong reasons as a result.

I say proud, because the NRL seemingly tolerates this behaviour and allows it to continue to occur, often by the same players, time and time again. This dumb behaviour is also celebrated to some extent, as the offending players are usually seen in no more than a comical and foolish light. Boys will be boys, after all.

Let me make a clear distinction here between behaviour that is essentially stupid (e.g. having one too many and taking your gear off), and behaviour that is criminal in nature (e.g. physical assault). This article only deals with the former, as I believe convicted criminals should be punted from the game and never to return.

I have no doubt that stupid behaviour has been part of the greatest game of all for a long, long time, and if I squint hard enough, I seem to recall it was even in vogue in my own playing days, but of course I deny any personal culpability.

However, the NRL era has not only coincided with the rise of technology including mobile phone cameras, the internet, and instant uploads, which makes it far too easy to capture and share anything and everything, but also has seen spawned a lot of simple people with far too much time on their hands, while being paid far too much money for doing precious little.

As US founding father Benjamin Franklin said, idle hands are the devil’s playthings.

It seems that over the past five or six years, barely a week or two passes without an NRL player making the headlines for the wrong reasons. The arrival of COVID, with its bubble and additional rules and limitations, has seemingly produced a perfect storm for players to get it wrong.

I’m sure that other sporting codes have their own problems, and their fair share of nitwits doing the wrong thing, but they’ve got nothing on the NRL. 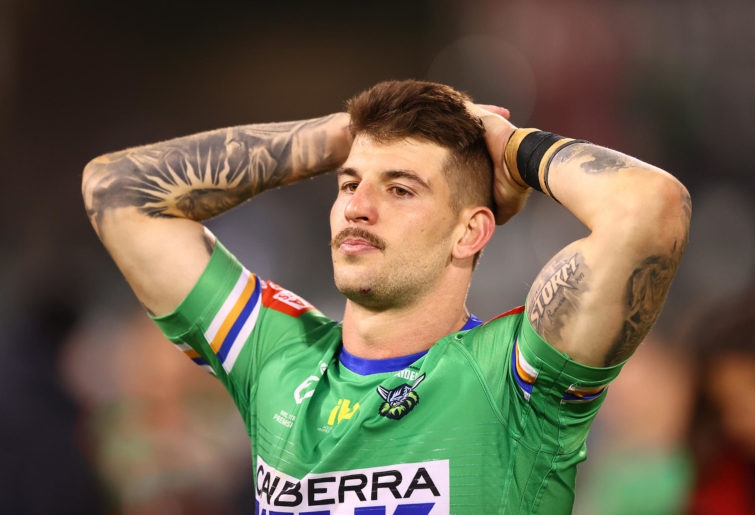 So if the NRL is prepared to continually tolerate this behaviour and the resultant bad publicity, why not embrace it fully and give these players and their antics the recognition it deserves?

The NRL loves giving an award, whether it be the Dally Ms, the Clive Churchill Medal or the Ken Stephen Medal, so why not have an award for the season’s dumbest player, and for that matter, the dumbest team?

I propose that the award be named the ‘Toddy’, after former Dally M award winner and serial negative headline magnet Todd Carney, and that like the Dally Ms, it be chosen on a people’s choice basis. The award will be bronze, and in the shape of a bubbler.

This season still has some weeks to run, so it would be premature to bestow this year’s Toddy at least until all of the mad Monday celebrations have been completed so that all players, and teams, are given a fair chance. That said, and for those of you who like to place a bet on such things, here are the players who I believe are the early contenders for this year’s Toddy:

I’d also like to see one player recognised each year for their body of work over their entire career. A lifetime ‘achievement’ award if you like, and the name Josh Dugan springs to mind for some reason as I write this.

From a team perspective, you’d have to think that the early favourites are:

Who would you nominate?

While we’re at it, it makes good sense to name a ‘merit’ team each year, drawn from players who have gone the extra mile to bring the game into disrepute, and what a team it would be. This year’s team could look something like this:

That’s not a bad side on paper, but they’re going to need some serious minding if they are to stay out of trouble long enough to get on to the field. It’s the NRL equivalent of herding cats.

Have I omitted anyone more deserving of a spot?