What to watch for in the 2021 Caribbean Premier League

The biggest T20 tournament in the Caribbean is back for 2021. The Caribbean Premier League is now in its eighth year, and this season will see fans return gradually across each game.

The winners of the 2020 CPL tournament, Trinbago Knight Riders, will be looking to get their fifth title and go back to back for the first time since 2018.

The tournament will be hosted in St Kitts and Nevis due to the ongoing pandemic, and all matches will be played at Warner Park, with the final scheduled for 15 September.

So now you know who the teams are, let us go in more depth about the teams and the players to watch.

Trinbago Knight Riders
Let’s start with the champs. The team has hardly changed at all. They’ve lost only superstar Nepalese leg spinner Sandeep Lamichhane, but they will otherwise have the same crew from last year. With the likes of Sunil Narine, Colin Munro, Darren Bravo and Yasir Shah on the side, this team will produce must-watch cricket.

But the key player to keep an eye on is fast bowler Jayden Seales, who has had amazing Test form with the West Indies, with 16 wickets over the four Test matches. His pace is scary good, and he definitely knows how to bowl a good bumper.

Led by the ever experienced Brendon McCullum and captained by the superstar Kieron Pollard, they are sure favourites for this year’s tournament.

The Knight Riders will start their campaign against Guyana Amazon Warriors.

Barbados Royals
The Royals have had a rebrand for 2021, changing to the Royals from the Tridents, and they will be looking for a change of fortune too, having missed missing the finals stage by one point last year.

They are wanting to go one step better and maybe claim their third title this year with a squad that includes Pakistani young gun batsman Azam Khan, who could light it up with the bat. Sri Lankan all-rounder Thisara Perera can hit a big ball as well and can send them down as well with his change-up balls and leg cutters. There’s also Jason Holder, who will be key in the bowling stocks with his change of pace and will be important in the death overs, not to mention the power hitting.

The Royals will start their campaign against hosts St Kitts and Nevis Patriots. 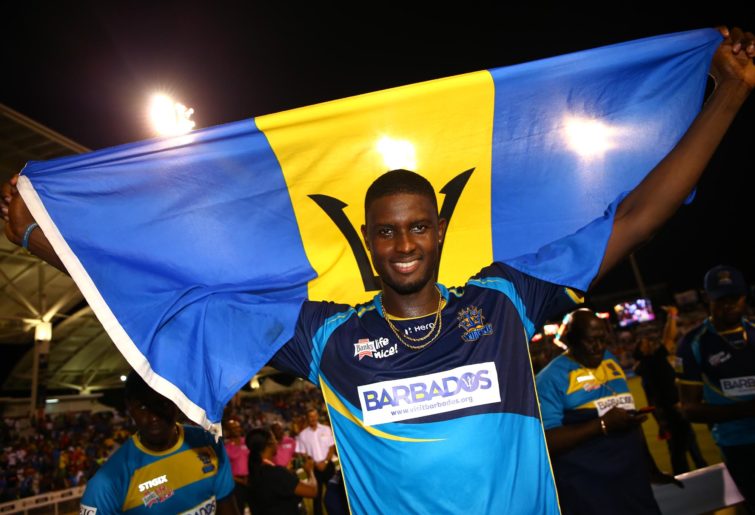 Guyana Amazon Warriors
The Amazon Warriors, who have not won a title in their eight-year history, have gone all-in this year. The team from South America have brought in Pakistani players in the explosive Shoaib Malik and spinner Mohammed Hafeez as well as the ever-exciting South African leg spinner Imran Tahir.

In the fast-bowling stocks they have brought in the young and exciting Naveen Ul Haq, who has been excellent in the English T20 Blast for Leicestershire, with 26 wickets in 14 matches.

They will be a must-watch team and face champions Trinbago Knight Riders on opening night.

Jamaica Tallawahs
The Tallawahs, the original winners of the tournament back in 2013, have only two trophies to their name and will be wanting to get back to their winning ways.

They have invested in the explosive Carlos Brathwaite and Andre Russell, which is a crowd-stopping combination, and with Shamarh Brooks and Aussie spinner Chris Green in the mix, the Tallawahs will be up there again. They’ll also have leg spinner Ryan Persaud from the USA, who you just have to see to believe.

Their campaign will start against the St Lucia Kings.

St Kitts and Nevis Patriots
The hosts for the tournament will be hoping to bring in a good showing for the home crowd in their sixth season in the tournament, and they’ll be aiming to get back to the finals and win their first trophy.

The squad has a host of big names, including Chris Gayle, Dwayne Bravo, Asif Ali, Sheldon Cottrell, Ravi Bopara, Fabian Allen and Australian leg spinner Fawad Ahmed. One to keep an eye on is Mikyle Louis. The all rounder has googly to match the best and can hit a bomb, as seen in the Caribbean domestic one-day competition.

The Patriots kick off their campaign against Barbados Royals.

St Lucia Stars
Like Barbados, St Lucia also had a rebrand for the 2021 season, changing from the Zouks to the Stars, and maybe the new name will bring new success.

The stars, who were pipped at the post by the Tridents last year in the final, will hope to go one better with a squad that is staying mostly the same. Only Rashid Khan, the leading wicket-taker from last year’s tournament, will leave the team due to commitments in the UK.

But the stars still have firepower, as led by Faf Du Plessis, and with cult hero Rahkeem Cornwall, big hitter Samit Patel and Wahab Riaz and Alzarri Joseph in the squad, it’s looking like a big season for the Stars.

The Stars will take on Jamaica Tallawahs in their first game of the season.

That is the outlook of the 2021 Caribbean Premier League. What do you make of it?. Do you think the Tridents deserve to be favourites, or will it be a team like the Stars pull through and win the tournament?