Besart Berisha was plucked from relative European obscurity by then-Brisbane Roar coach Ange Postecoglou to lead the Roar line for the 2011-12 season.

It wasn’t a name familiar to many football fans, but like most things Postecoglou touches, it was a move that turned to gold.

The striker with a blonde mohawk streak through his hair was already distinctive. He scored in his second game, against Sydney FC, and two rounds later made everyone sit up and take notice when he scored four in a 7-1 rout of Adelaide United.

The wild-eyed, hyper-energetic front man became a fan favourite with the Roar and became the man opposition fans loved to hate (but they would have probably accepted him into their team in a heartbeat).

He quickly established himself as one of the A-League’s best players. He won the Golden Boot as the A-League’s top scorer in his first season and scored both Brisbane goals in their 2-1 grand final win against Perth Glory. He’d already stayed longer than a few months.

What set Berisha apart along with his goal-scoring feats was his extraordinary persona. He was like a hungry, caged big cat, who feasted on goals. If he didn’t score, he’d look angry. He was a constant blur of sinew and movement, a defender’s nightmare, the penalty area his feeding zone.

The news this week that he had finally called time on his playing career and was returning to Europe to complete his coaching licences brought to a close a memorable stint in Australia that stretched almost ten years longer than the original plan.

He admits he “fell in love” with Australia, and for the fans of the Roar, the Melbourne Victory and Western United, that love was returned in spades. 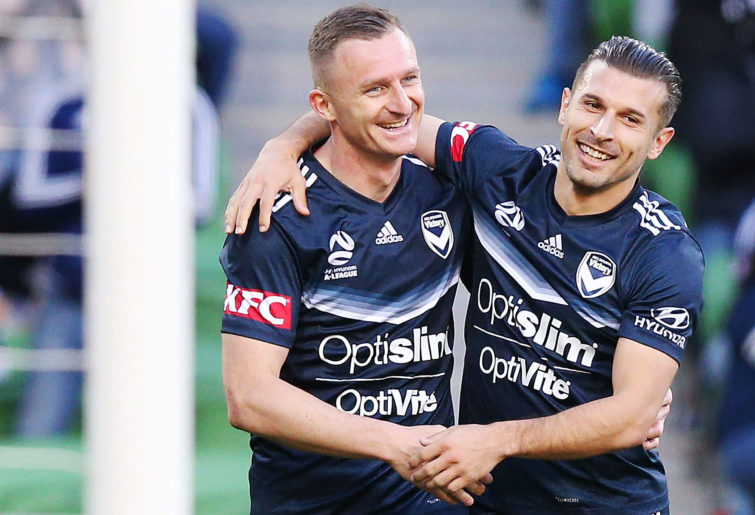 He was public enemy number one for any rival supporter group and he wouldn’t have wanted it any other way.

In an era when players’ personalities are media-managed to homogenous rounded samedom, Berisha was all spiky edges with a personality that was never going to be tamed.

He was mad, in the best possible way, and as entertaining as any player to have graced the A-League in its 15-year history.

Who could forget the January 2012 clash with Sydney FC, when the Roar scored twice in the last five minutes to snatch victory.

Berisha invited Sydney FC defender Pascal Bosschaart out the back of Suncorp Stadium for a bit of MMA to settle an on-field dispute, stripping off his shirt and gesturing the big defender to follow him presumably into the carpark, a gesture the Dutchman quite sensibly declined.

As much as his goal-scoring exploits, that explosive moment in 2012 set the scene for what Berisha had in store for the league for almost the next decade to come.

He was as driven and perfection-seeking in every training session as he was during games, an attribute many of his teammates have attested to.

It didn’t always endear him to his fellow players but he wasn’t about to change or compromise for anyone, and many of those same teammates have credited him with lifting the standards of all those around him, such was his drive and passion.

In his initial seven-season stint in the A-League, Berisha played in five grand finals, winning four, and scoring five goals in the process. He split those titles evenly with the Roar and the Melbourne Victory.

In his only losing grand final appearance, he scored the Victory goal in a 1-1 draw with Sydney FC, who only prevailed in a penalty shootout.

The following season, he failed to score in the season decider for the only time, but shared the spoils of victory with his teammates after a 1-0 win against the Newcastle Jets.

He left the A-League for Japan’s Sanfrecce Hiroshima after that win, and it seemed as if the A-League was bidding farewell to one of its most prolific strikers.

However, Berisha was back in 2019, signing with new club Western United for two seasons. He scored 19 goals in that first season and helped the fledging club to a finals appearance.

He became a meme in that season too, when coach Mark Rudan substituted him in a game against the Central Coast Mariners in Gosford, and the big screen at the stadium caught the look on his face when his number lit up the substitute board.

His expression would have melted an iceberg, and viewing it at the ground that evening, I feared for the coach’s safety.

But above the overt personality, Berisha was a pro, and he took his place on the bench without fuss. No Bosschaart-like invitations were extended to a mutual viewing of the Gosford waterfront.

Besart Berisha finishes his A-League career as the runaway top scorer in the competition’s history, with 157 goals in total and 140 in A-League matches.

He also finished what was supposed to be a four-month fitness exercise as an Australian citizen. Citizenship was granted in 2019, even though he has made senior international appearances for Albania and Kosovo.

He lit up the league over nine seasons and was named in the A-League team of the decade in 2016. He was big on passion, personality and goal-scoring precision and I bet every opposition fan who booed his endeavours would have lined up to buy his shirt had he joined their club.

In my humble opinion, he’s the best import the league has had, possibly shading his Brisbane teammate Thomas Broich, although the two of them together were an irresistible combination.

I’m glad he hung around for longer than he planned.

It is always dangerous to mess with a strong culture and a winning formula. Brisbane Roar are finding that out the hard way this… 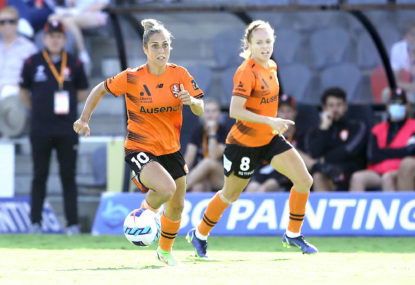