The Roar
28th August, 2021
1
Join the conversation
Advertisement
Write for The Roar

According to the club, Stephenson has been taken to hospital and may require surgery, following the incident.

“After having had drinks at home with his housemates, he [Jaidyn] attempted to perform a trick on his mountain bike off the back deck,” Kangaroos general manager Brady Rawlings said in a statement.

“He lost balance and fell onto a concrete paver.

“Initially, after the accident, Jaidyn was able to walk but the pain progressed to a point that an ambulance was called.

“At this stage he’ll have a stay in hospital while his surgeon decides whether he’ll need surgery.” 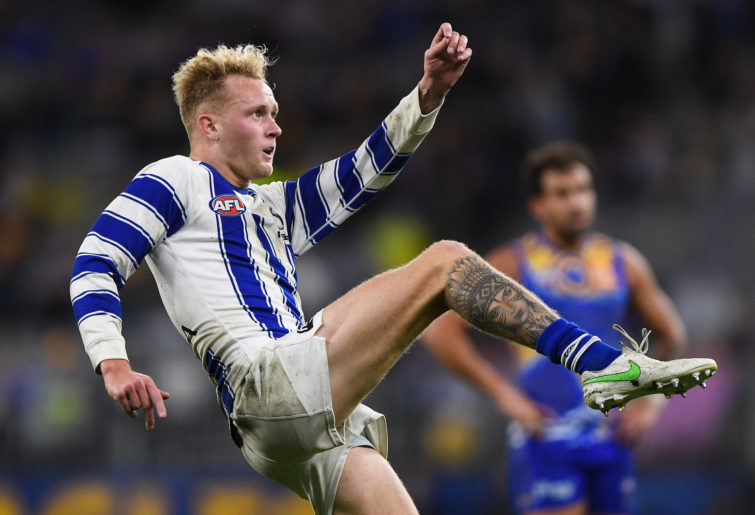 Stephenson already has a lengthy track record of off-field indiscretions, having famously been suspended for 10 matches while at Collingwood in 2019, after being found to have placed bets on Magpies games.

He was also widely criticised for claims the ongoing COVID-19 pandemic has been overplayed in a since-deleted Instagram video.

“It puts a dampener on what was a promising season for Jaidyn. We’re disappointed with his poor judgment and his reckless action has resulted in quite a painful injury for him,” he said. 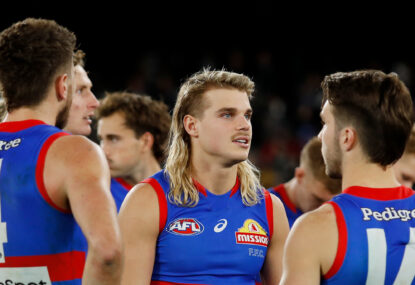