Last night’s 1-0 defeat to Rangers in the first Old Firm derby of the season wasn’t exactly what Postecoglou had in mind.

After a rocky start in the east end of Glasgow that saw Celtic lose their first game of the season to promoted Hearts and fall at the first hurdle of UEFA Champions League qualifying to Danish side Midtjylland, Postecoglou steadied the ship with back-to-back 6-0 thrashings of Dundee and St Mirren.

They squeaked past Dutch side AZ Alkmaar to reach the Europa League group stage as well, but more than just the results, it’s the style of football that has got Celtic fans believing.

Key to the success has been the signing of former Vissel Kobe attacker Kyogo Furuhashi, with Postecoglou doing the logical thing and simply raiding the J. League for one of the competition’s best players.

Furuhashi had already rattled home 15 goals in just 21 games for Kobe this season and still stands atop the J. League goal scoring charts, but he let a couple of decent chances go to waste in a truly pulsating derby at Ibrox last night.

The first saw the Japanese striker blast a shot across goal towards the far post with an unmarked Ryan Christie screaming for Furuhashi to square the ball into the middle.

Rangers had already taken a 1-0 lead through a thumping header from Swedish defender Filip Helander, but Furuhashi could have levelled proceedings only moments later.

The Japan international seemed duly chastened by an irate Christie, so it was ironic that he found himself free in front of goal once again shortly after, only to attempt a pass when the better option was evidently to shoot.

That’s a roundabout way of saying that despite suffering a narrow defeat to the old enemy, it’s not like Celtic didn’t fashion several chances of their own.

The best fell to French striker Odsonne Edouard in an action-packed first half, with the usually prolific front man scuffing Furuhashi’s squared pass when it looked easier to score.

But Rangers deserved their luck – not least because they were missing some key personnel due to a COVID scare within their camp.

The biggest casualty was clearly manager Steven Gerrard, with any hopes of watching Postecoglou take on last season’s champion tactician scuppered by the sight of Gary McAllister’s perpetually hangdog expression on the touchline. 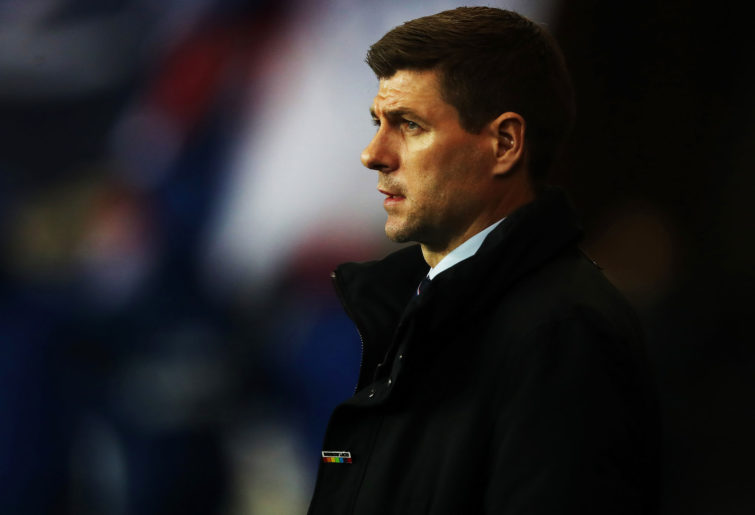 Gerrard was joined in his absence by inspirational captain James Tavernier and first-choice goalkeepers Allan McGregor and Jon McLaughlin, with Robby McCrorie predictably turning in a blinder between the posts despite being Rangers’ third-string shot-stopper.

Celtic might have bossed the first half, but they were pegged back by a Rangers team that seemed to draw strength from the intimidating atmosphere raining down from the stands.

Is there a better sight in world football than the vision of packed stadiums again? Even watching the game on TV, the atmosphere at Ibrox had to be seen to be believed.

But the Scottish league would do well to remember that when you’re selling big games to overseas broadcast markets, the thought of Rangers banning Celtic fans from attending because the two clubs are squabbling over ticketing arrangements is a terrible look.

As loud as the Rangers fans were at Ibrox, it would have been a better spectacle with some Celtic fans in attendance.

But that doesn’t take away from what was a marquee night for an Aussie manager.

Much has been made in Glasgow of Postecoglou’s migrant roots, but he should never forget how proud all Australian football fans are to be following one of our own at Celtic Park.

He won’t have enjoyed losing the derby, but these are early days yet.

Ange Postecoglou is flying the flag for Australian football, and he’ll already have circled the next Old Firm derby on January 2 on the calendar.