Shattered James Duckworth was unable to contain his frustration after blowing five match points in a crushing five-set first-round defeat at the US Open.

Millman earlier slumped to a 7-6 (8-6) 7-6 (7-2) 6-1 loss to Swiss qualifier Henri Laaksonen on day one at Flushing Meadows, while Sharma bowed out 6-0 6-3 to eighth-seeded French Open champion Barbora Krejcikova.

Millman’s early departure came three years after the Queenslander slayed five-times champion Roger Federer en route to the quarter-finals in New York. But the veteran’s defeat, after entering the season’s final grand slam under a fitness cloud, was nothing on Duckworth’s gut-wrencher.

After hitting a career-high No.67 in the rankings last week, Duckworth was well on his way to continuing his watershed season before letting a huge opportunity slip.

The Sydneysider missed his first match point with Martinez serving at 5-6 in the third set, then couldn’t convert any of four more in the crucial tiebreaker.

He relinquished the fourth set in quick fashion to find himself fighting against the momentum.

Duckworth composed himself to gain an early break in the fifth only to concede six games straight to bow out after a tense and marathon affair stretching four hours 20 minutes.

“I had four match points last week and lost. Today I had five match points and lost. Pretty pissed off really,” Duckworth said, adding that he could barely push off his fatiguing legs to serve by the end of the match.

“I was pretty done physically. Couldn’t really do much from from a physical standpoint, which hurt me.”

Enjoying a breakout run to the Wimbledon third round last month, and also making round two at Roland Garros and Melbourne Park, Duckworth had been bidding to win matches at the four majors in the same year for the first time in his injury-plagued career.

There was also disappointment for Sharma, who was unable to extend her winning run from qualifying despite mounting a second-set fightback against Krejcikova.

After losing six of the first eight games, Sharma eventually submitted in one hour 14 minutes.

The Frenchwoman wasn’t happy about the call, but still produced an epic fightback to win in there sets over Tamara Zidansek. 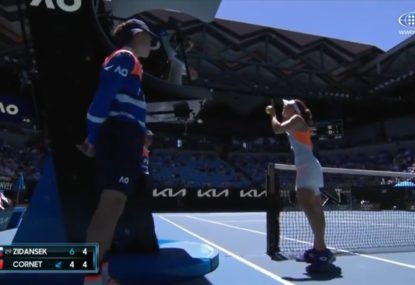 As we enter the second week of the 2022 Australian Open, let’s take the time to look back at what has been an eventful tournament so far.

You could not ask for a better fourth round match than this. The infamous giant killer Denis Shapovalov and ATP Finals winner and world No.3 Alexander Zverev will clash in the Round of 16, presumably on a packed Rod Laver Arena. Here’s why this match could be one of the biggest in this tournament. 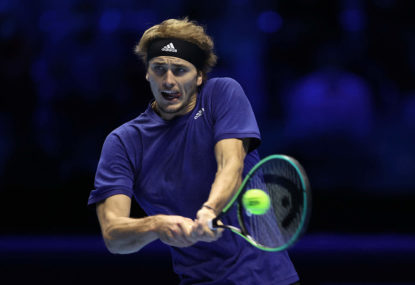 The Aussie had no right to win this point! 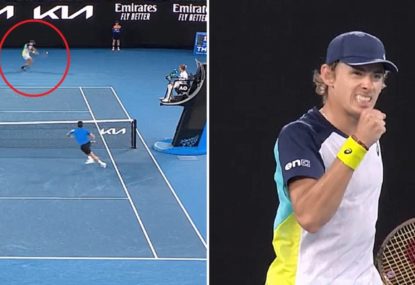 It’s about time Australia started getting behind Alex de Minaur – and not just at the Australian Open – after the 22-year-old “Demon” advanced to the fourth round on Saturday night. 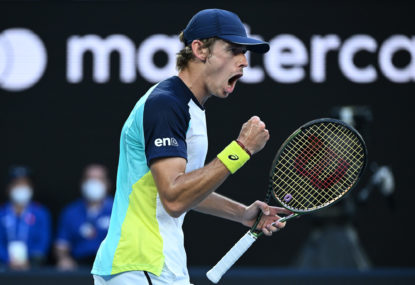 WATCH: Footage leaked of the moment Kyrgios claims he and Kokkinakis were threatened by rival coach

Kyrgios says the coach and trainer of Nikola Mektic and Mate Pavic wanted to fight the pair after their doubles win. WATCH: Footage leaked of the moment Kyrgios claims he and Kokkinakis were threatened by rival coach