How did everyone get Latrell Mitchell's hit on Joseph Manu so wrong?

This year ‘player welfare’ has been the catch cry for the NRL.

It’s the reason that was proffered for the crackdown on contact to the head. It was one of the main discussion points during the conversation about whether to postpone the Rugby League World Cup. And, of course, it has been central in the changes to concussion protocol over several seasons.

Don’t get me wrong, player welfare is an absolute priority. But it is not enough that we talk about it. We have to walk the walk as well.

So it’s in this context that I watch the Latrell Mitchell hit on Joseph Manu in Friday’s game between the Sydney Roosters and the South Sydney Rabbitohs and wonder how it all went so wrong?

I am absolutely astounded that it took so long for play to stop, and that it took Manu approaching Mitchell for the incident to be placed on report and for Mitchell to be put in the sin bin.

The match officials got this wrong – not only in how long it took to identify the incident, but also in only sending Mitchell from the field for ten.

Mitchell should have been sent off, which would have led to a much less fiery affair for the remainder of the game.

But in a way I don’t blame the match officials for being unsure about what to do.

This NRL season has been characterised by rule changes made on the fly and then interpretation of the rules being changed week by week.

Even last week we saw a new rule proposal about kicks that find touch resulting in the opposition receiving a seven-tackle set. That proposal was tested in the media before consultation with key stakeholders – like the players.

Something that really unsettles me is uncertainty. It’s something I am struggling with right now given we are living through a pandemic. I’ll assume players and match officials are struggling too, given the constant changes to the rules and how they are interpreted.

There have been situations where play has been called back because of an incident that happened several minutes prior. But we also have high shots being missed by the referee, the touch judge and the bunker.

Then there was some of the media commentary around it and in particular, comments made on 100% Footy on Monday night.

I have not seen anyone on social media suggesting that Mitchell’s intention was to break Manu’s cheekbone (if anyone has, I would be keen to see it).

But it absolutely cannot be argued that Mitchell wanted to hurt Manu. There was intent there and to suggest anything otherwise is laughable.

What has also been curious to watch in the wake of the incident are the aspersions cast about Mitchell’s character.

On the field, the 24-year-old is a competitor. Some people may even call him a bully. The shot on Manu was not the first time that Mitchell has been involved in unsavoury conduct on the field and I have no doubt that it will happen again.

The Bunnies’ fullback plays an aggressive brand of football and he plays right on the line of what is fair play and what is foul play. Sometimes he gets it wrong and sometimes he gets it right, that’s the risk you take when you sign a player like him to your club.

Mitchell has admitted that he absolutely hates to lose and that on the field, his opposition are enemies. 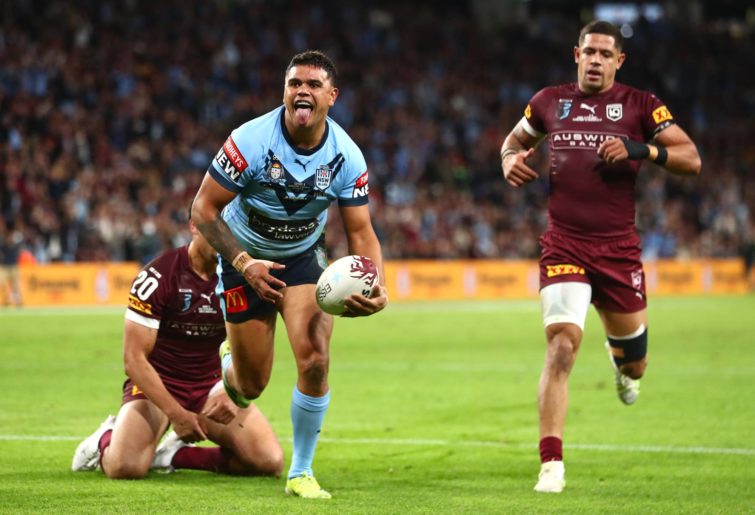 But there is a difference between who Mitchell is on the field and who he is off it.

To question his character based on his aggressive style of football is unfair.

Additionally, we don’t know what happened after the game. My guess is that Mitchell would have taken the chance to apologise to his mate. Just because it wasn’t shared on social media, doesn’t mean that it didn’t happen.

Off the field, Mitchell is a young man who is still growing up. I’ve seen images and videos of him having wonderful fan encounters. What immediately springs to mind is the care he showed to Quaden Bayles, who then led the Australian Indigenous side out at the All Stars match in 2020.

I reflect on his pride for his Indigenous heritage and the courage he has shown in having conversations about the appropriateness of the national anthem and his role in my favourite NRL season opener campaign, where he stood with pride, draped in the Aboriginal flag. 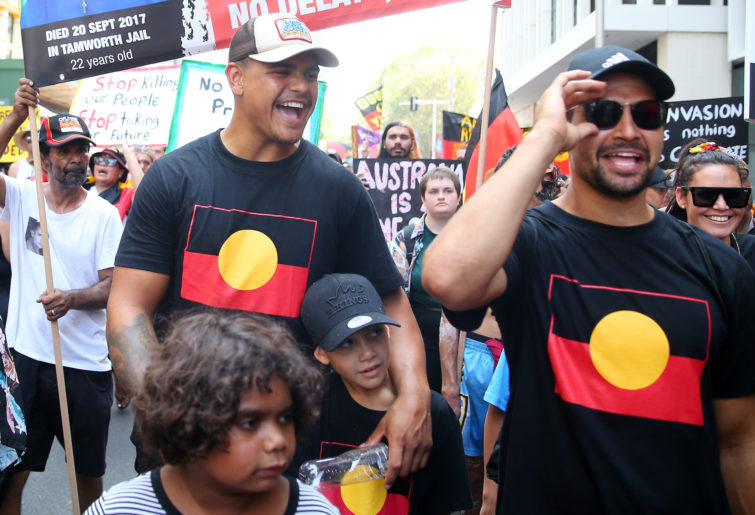 Mitchell has paid an extremely heavy price for his actions on the field.

He has injured a mate. He will miss the remainder of the season. South Sydney have lost one of their best players and will go into the finals severely weakened because Mitchell is not there.

This punishment is absolutely enough. I’m hopeful that it prompts Mitchell to consider his tackle technique, because these types of incidents have become too common in Mitchell’s game.

I want Mitchell to be recognised and remembered for the great player he is and the contribution he has made to the game off the field.

Behaviour like the tackle on Manu only detracts from that.