NSW plays the rest of Australia in a one-day clash: Who wins?

NSW are the current holders of the One Day Cup, so how would a game between them and a Rest of Australia XI look?

David Warner has been one of the world’s best ODI openers over the past ten years, scoring at a strike rate over 95.

With six hundreds and seven fifties in 29 List A games, Daniel Hughes is one of the best uncapped one day cricketers in Australia – he would have over 50 ODIs for most other nations.

Steve Smith’s numbers have risen drastically since he became a number three. The big wicket in every Australian team, Smith is the anchor in the NSW XI.

Despite not performing for Australia, Moises Henriques has a respectable record with the bat for his state, averaging a shade under 39. 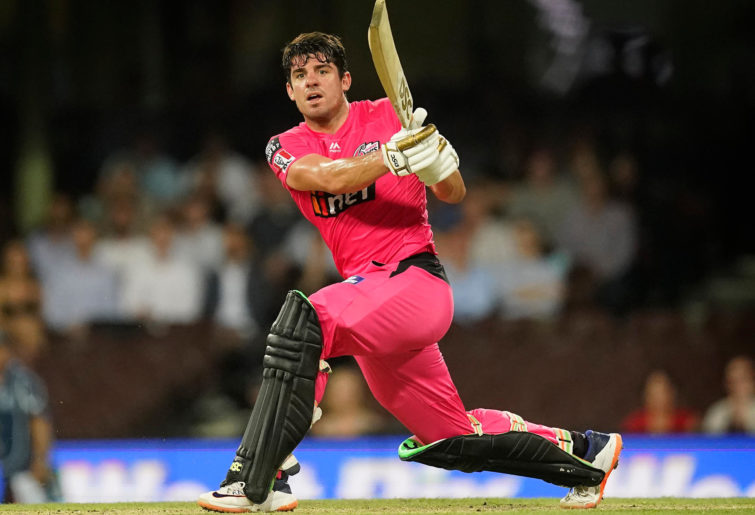 At number five, my wicketkeeper is Matt Gilkes. A destructive batsman, Gilkes requires more consistency to become a mainstay in the NSW team but his style of play does suit the modern one-day style and he can overtake Baxter Holt to become NSW’s long-term keeper once Peter Nevill calls it quits.

In a short career for NSW in List A cricket, Davies is averaging 48 at a strike rate over 120. With a powerful leg side game, Davies is another exciting talent.

As Henriques does not bowl often, I went ahead with a five-man attack of Sean Abbott, Pat Cummins as skipper, Mitchell Starc, Adam Zampa and Josh Hazlewood. I was lingering between Abbott and Nathan Lyon, but Abbott’s batting made me choose Adam Zampa as the lone spinner.

Opening the batting is skipper Aaron Finch and Usman Khawaja.

Alongside his great numbers in List A cricket, Finch averages a shade under 42 in ODIs – no chance the Aussie skipper misses out on this XI.

As for Khawaja, he averages over 60 with the bat in List A cricket for Queensland, yet has struggled to contain an ODI spot after his exploits for Australia during Warner and Smith’s absence.

Having scored runs for fun for Tasmania, McDermott made his ODI debut against the West Indies earlier this year. If there was one criticism of McDermott, it is his strike rate of 78 in List A cricket – he probably needs to up that to the low to mid 80s to keep himself in contention for Australian selection.

To finish off the top four, Labuschagne has impressive numbers for Queensland and a bright start to his international career makes him Australia’s number four for the 2023 World Cup.

Mitchell Marsh was highly impressive during Australia’s poor tours of West Indies and Bangladesh, with the West Australian all-rounder a shining light in dark times. As he has shown he can bat properly in white-ball cricket, I went with Marsh at number five.

Alex Carey is the keeper and his ODI numbers are the reason why he pips Josh Inglis as the gloveman. Glenn Maxwell is the designated finisher and he can provide some useful off-spin as well.

My three seamers are the West Australian trio of Jhye Richardson, Jason Behrendorff and Joel Paris.

Behrendorff and Paris will take the new ball as both are quality, and if Paris can remain injury free for a season, he will be very close to a recall.

Richardson will bowl primarily in the middle and death overs, using his pace to blast out the NSW batsmen.

I see Ashton Agar more as a second spinner and with Glenn Maxwell in the XI, my frontline spinner is Matt Kuhnemann. A finger spinner, Kuhnemann takes a wicket every 28.2 deliveries in his 17 List A cricket. A name who goes under the radar, Kuhnemann definitely has it in him to play ODI cricket for Australia in the future. 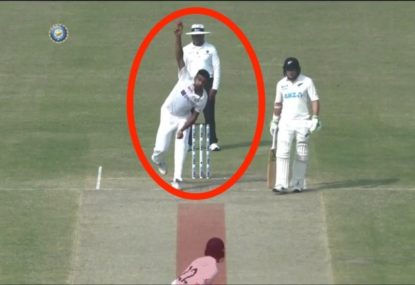 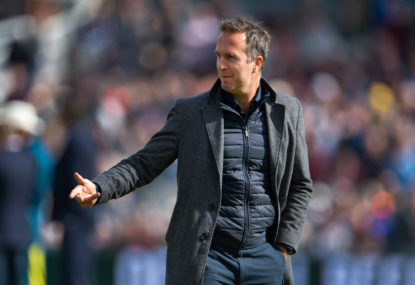 Agree with Junior’s assessment of the catch or way too early to call? Tasmania won by five wickets but it took an almighty effort after one of their best batters had to go for naught. 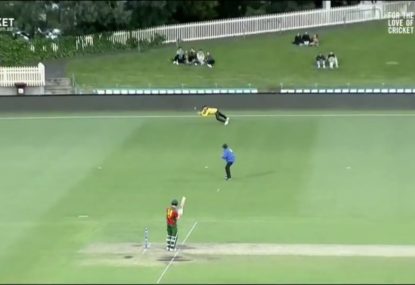 The Deccan Gladiators didn’t put enough runs on the board as Bangla chased them down with two overs to play, not that you could blame Odean Smith for a lack of effort. Smith blasted 26 runs from eight balls, including a truly massive six. 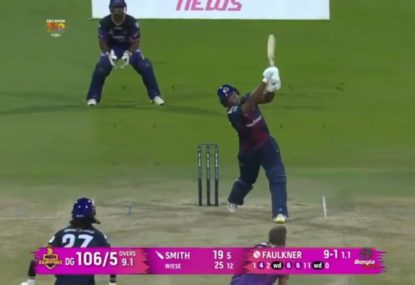