Some of the scariest moments I found playing all manner of sport didn’t happen on the field (well, a few did), but off the field.

This happened playing cricket: every time I knew I was next in to bat, I started to get that nervous feeling in the stomach. It wasn’t that I was afraid of the bowlers, but that I wouldn’t get off the mark. The relief of scoring that first run in any innings is almost impossible to describe to anyone who has not played a serious game of cricket.

All batsmen, be they Test players or park cricketers have a favourite ‘get off the mark’ shot. I was lucky being a left-hander because I had two; the tuck off the legs to deep fine leg or the glide past slips. Well, I call it glide because it sounds better than ‘nervous edge’.

As I said, Test players are exactly the same and all will have their favourite shots that they can use to get off the mark and early in an innings to keep the scoreboard ticking over.

I was taught field placings by some pretty pragmatic captains and most said it was probably a good idea to plug the gaps to prevent easy runs.

That didn’t have to mean setting defensive fields, but understanding where a batsman was likely to score, placing a fielder there to stop that, thus building up the pressure and frustration on the batsman. This seems to be something that has slipped out of favour in the modern red ball game.

Field placings for batsmen seem intent only on getting them out through some cunning bowling plan, completely ignoring the fact that the batsman is nervous, they don’t want to get a duck, so setting fields to make it hard to get off the mark and score the first dozen runs would be a good idea.

I’ve been watching Joe Root bat in the current series against India and I’ve lost count how many runs he’s scored down to the deep third man. boundary. To date, he’s scored over 500 runs and I’m guessing 15-20 per cent of those have come in that area. 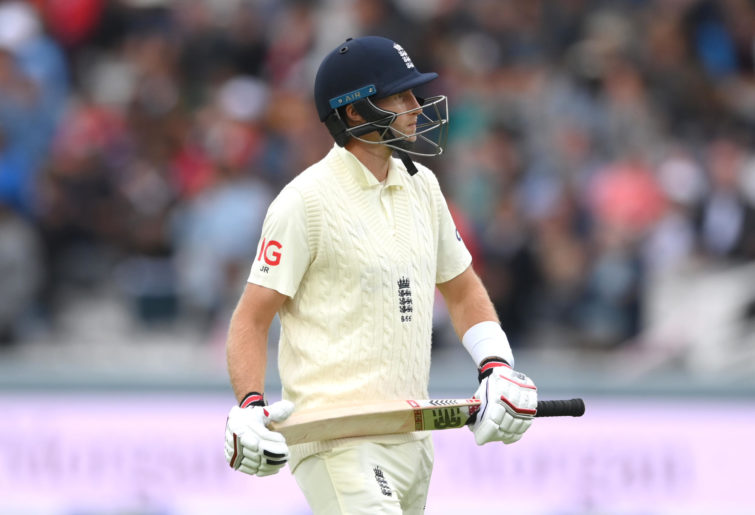 I’m not talking about full-blown cut shots or drives that end up down there, but edges, deliberate or otherwise, that beat the slips cordon and end up at the fence more often than not.

I know from talking to a few fast bowlers they are massively annoyed when they bowl a terrific delivery that takes the edge of the bat, beats the slips and the batsman gets 4. They get even more annoyed when it happens repeatedly.

Joe Root did exactly that at Headingley last Test and went from single to double-figures with two edges, one completely unplanned and the other more controlled.

For a guy in the sort of form he is, India should have been making it as hard as possible to get off the mark. Instead, they gifted him easy runs and he was away. They did exactly the same with Dawid Malan as well, leaving him plenty of chances to pick up easy runs off edges.

This is not to beat up Kohli or the Indian team. Root has been just as kind in return. Indian batsmen like to play a glide shot just behind point, but rarely has Root tried to plug that gap. And on the third day of the last Test, in India’s second innings, he obligingly left deep fine leg vacant, which allowed both Cheteshwar Pujara and Kohli to glance plenty of boundaries.

I realise you can’t have fieldsmen everywhere. There’s been more than one occasion as captain, where I’ve counted my fielders and come up one short because I badly needed that 12th player to fill a gap. That said, why not try some old fashioned placements, even if it’s only for a short time?

For guys who like to play down to deep third man, why not have a guy in the gap between the slips cordon and gully, but about 20 yards behind them, such as at third man, not deep third man? That position should not only be able to stop 4s, but also prevent singles as well.

Could sides have two guys on the leg side, one at a fine leg for the tuck off the hip and another squarer for the batsmen who play the ball more towards backward square leg? The fine leg should be close enough to save the single, while the other is back to try and prevent the boundary.

And what about a guy at short cover or even back point, charging in to prevent the offside dab for a single? Or a guy at short midwicket doing likewise?

These last two positions could be far more valuable to a team than having regulation cover, mid on and so on. In the modern era with the heavy bats and small lightning fast outfields, having a fielder standing a few yards further back isn’t going to save a lot of runs because most shots, once they beat the field, reach the fence.

I’m also wondering what happened to close fielders? I know many will point to some of the fields set in India and other places where the ball turns, but there’s a lot of value to placing someone underneath the batsman’s nose on the offside, especially if they’re coming down the pitch on any wicket. It’s all about building pressure and this was something Mark Waugh and Ricky Ponting did so well for Australia.

Shane Warne talked about this when Cheteshwar Pujara was batting and was almost pleading with Joe Root to bring a guy in close. Eventually, Root did – to a catching position about 15 yards off the bat, almost at a short cover, in no man’s land where they were completely ineffective.

One of the aspects I liked about the series between Australia and New Zealand in 2019-20 was the captaincy of Kane Williamson. He did his very best to prevent Steve Smith and Marnus Labuschagne from scoring easy runs. Granted both made a few in the series, but it was a real battle.

In the modern era, captains have tended to be reactive with their field placings rather than proactive. If a batsman plays a cut shot, almost immediately there’s a fielder on the deep point fence and if a guy plays a hook shot, someone’s dispatched to the deep fence on the other side.

If more followed Williamson’s lead and really made batsmen work hard for the runs, especially early in their innings, captains would be surprised at how well old-fashioned methods can still work.