It’s Makybe Diva Stakes day at Flemington, kicking off a run of nine consecutive Saturdays of Group 1 racing in Victoria. Spring has truly sprung, and the fields unquestionably reflect it.

We’ve already been blessed over the last few weeks to see some great performances from proven Group 1 performers, confirming many of our upper echelon are in fine fettle this season. It whets the appetite for what is to come.

There are two main lead-up races, both Group 1s over 1400m, that shape the market for this race – the Memsie Stakes at Caulfield and the Winx Stakes at Randwick.

We’ll start with the Memsie, which produces five of the 13 runners, including the favourite Tofane.

Tofane is an interesting runner case that she’s a six-year-old mare that’s never raced beyond 1400m and now finally gets her chance at a mile, while also being on a potential Cox Plate path and stretching out to 2040m. Being out of a Galileo mare by a Cox Plate winner, these distances shouldn’t be a problem.

Tofane ran a good third in the Memsie, beaten just over half a length, and frankly Craig Williams was outridden by Brett Prebble on Behemoth, which may just have cost her victory. She can be expected to improve a bit second-up, and has drawn well in a race devoid of much speed so should find herself in a handy position in the run.

New Zealander Aegon was an eye-catcher in the Memsie, running on for fourth after finding himself last at 400m. It was an impressive first-up performance that suggested there would be more to come this spring, and he’s a genuine winning threat stepping up to 1600m.

Inspirational Girl, the Group 1 winning Perth mare that has transferred to Danny O’Brien, crossed the line right with Aegon. It was her first run for 2021, so she was coming off a long spell, and while she didn’t savage the line in the way Aegon did, she may well take more improvement than him.

Colette wasn’t far behind Aegon and Inspirational Girl in the Memsie, coming home very well out wide. It was her first run the Melbourne way of going, and she’ll relish the step up to a mile more than most, but she is one that needs wet ground to be a winning threat at this level.

Fifty Start didn’t make much impression in the Memsie, but he often doesn’t first-up. He has run some great races at Flemington over 1600m, winning a couple of them, but at a level below this one. He’ll get back from a wide barrier and be running on, but he’ll have to pass a lot of quality gallopers to win.

Peter V’landys won’t be happy to lose four Group 1 horses from Sydney to a Melbourne race, but Mo’unga, Keiai Nautique, Imaging and Mount Popa have made the trek across the border.

Mo’unga was a barnstorming winner of the Winx Stakes, running down the champion mare Verry Elleegant in the shadows of the post. It’s always great for racing when a new season four-year-old shows they can mix it at WFA level and as a Rosehill Guineas winner at 2000m, his best should still be yet to come as he steps up in distance.

Keiai Nautique, a Group 1 winner in Japan, is new to Australian racing, but hasn’t won in three and a half years. He caught the eye at big odds first-up in the Winx Stakes, to be less than half a length behind Mo’unga, with the suggestion of a promising campaign ahead of him. It’s fascinating to see where he fits into the scheme of things.

Imaging hasn’t won for a year and a half himself, always running well without threatening. It’s D-Day for him. Mount Popa is on the Cups trail, and connections will be hoping to see him hit the line.

Three horses are hitting the Makybe Diva first-up, including a Cox Plate winner and a three-time Derby winner, but it’s a horse that started his last campaign as a maiden that is the headline act.

Where did this guy come from, right? Well, he’s facing the big boys and girls now, and has already been backed heavily in the early markets. He’ll vie with Tofane for favouritism in the lead-up to Saturday. We saw Zaaki carry right on with his Queensland winter form last week, now let’s see if Incentivize can do the same. 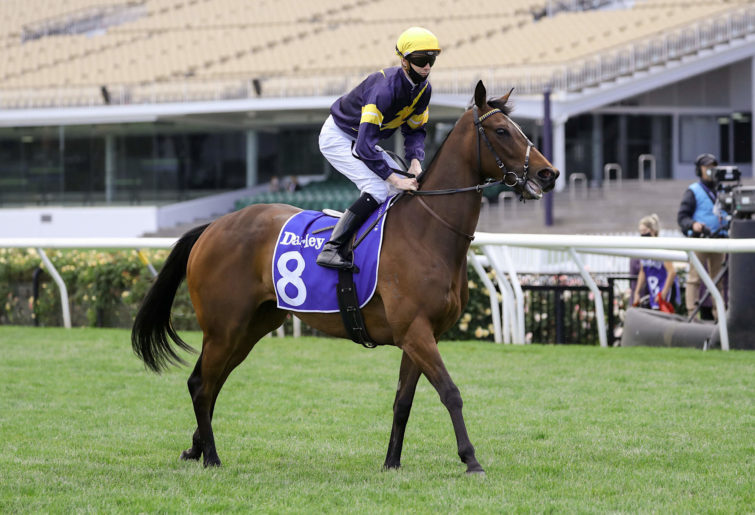 The question is whether he’s wound up for this assignment given he has loftier goals over further.

Sir Dragonet won the Cox Plate and the BMW last season, but this race will be too short for him. Explosive Jack won the Tasmania, ATC and SA Derbies last season, while Johnny Get Angry won the VRC Derby. They’ll also be looking for further than the 1600m they’re met with here.

Incentivize is probably the leader, but Peter Moody won’t want him given a hard time of it, so Brett Prebble won’t be opposed to something crossing him to take it up. But who will? Maybe Colette comes across from gate 12, to give herself a chance of winning. Tofane should be sitting handy. Maybe they roll the dice with Inspirational Girl.

The race sets up to be a tactical affair, and probably a sit and sprint. Whoever can sustain their sharpest turn of foot the longest will be the winner, unless some daring jockey tries to steal a break at some point and march off with the race.

Elsewhere on the Flemington card we see some rising stars in Artorius, Ingratiating and Ayrton all tackling different races, all sure to start at better than even money. There are going to be some multis anchored around those horses on Saturday!

Instant Celebrity is a star in her own right, and it would be good to see her make her mark in the spring after a strong first-up performance behind Probabeel two weeks ago.

Up in Sydney, Anamoe makes his return in the Run to the Rose. He was placed in both the Golden Slipper and Blue Diamond, and his win in the Sires was about as arrogant a Group 1 juvenile victory as we’ve seen this century.

But he’s tackling some big reputation three-year-olds in the likes of Stay Inside, Converge, Remarque and Captivant. Some race.

The NRL finals kick off this week, and the AFL hosts a pair of intriguing prelims, but racing will more than hold its own with an array of talented horses looking to elevate themselves into the spotlight.