We are at the pointy end of what has been a wonderful AFL season in 2021. We are down to the final four, with a spot in the grand final up for grabs, in what should be an incredible week of preliminary finals footy.

First up, minor premiers Melbourne will take on Geelong at Optus Stadium, on Friday night. Melbourne will start favourites to make their first grand final since 2000 and keep their dream of a first premiership since 1964 alive.

Melbourne has taken care of Geelong both times this year. In Round 4, the Demons got the job done by 25 points at the MCG, but who could possibly forget the match in Round 23? Melbourne trailing by 44 points, to stun the Cats with the last nine goals of the game, including Max Gawn’s match-winning goal after the final siren to secure the Demons’ first minor premiership since 1964.

Geelong will no doubt come into this clash with reasons to want vengeance and they do have a lot of preliminary final experience. However, Melbourne have been the inform side of the competition and will be feeling very hungry after their embarrassing preliminary final defeat in the hands of West Coast three years ago.

My feeling is Melbourne will stand up when it matters most and continue their wonderful form into a grand final appearance. What you might expect is a close contest for at least the first half of footy, but my prediction is Melbourne will have a really hot second half and run away with it in the end.

Port Adelaide will host the Western Bulldogs at Adelaide Oval on Saturday night in the second preliminary final. Port looking to make their first grand final appearance since 2007 and avenge that preliminary final loss to Richmond last year. If Port get through, they will have a chance to win their first premiership since 2004 and second in history. 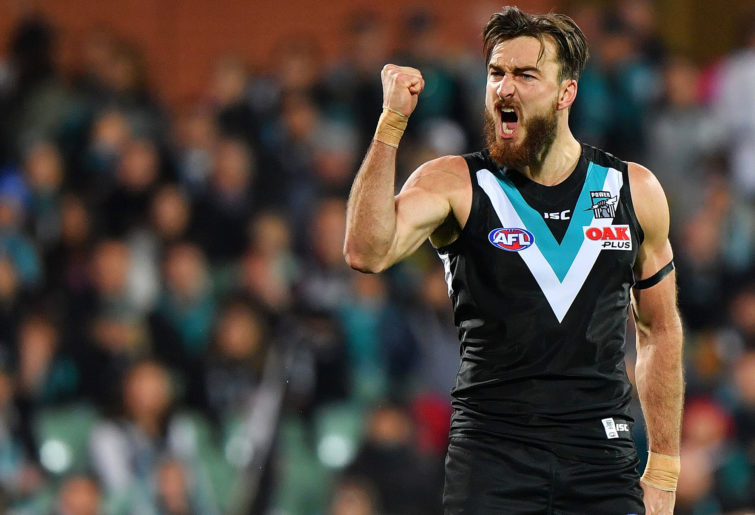 The Dogs will be looking to have a repeat of their miracle run to the premiership in 2016, where they came from outside the top four to win their second premiership. This would be their first grand final appearance since that day in 2016.

Port reached the preliminary final stage after winning their last six games of the year in a stunning run of form, to then take care of Geelong comprehensively by 43 points in the qualifying final. The Dogs lost a little bit of late season form, loosing their last three games to slip to fifth.

But their finals form has been sensational, drubbing Essendon by 49 points, before pinching a massive upset over the Brisbane Lions by a solitary point in a thrilling semi-final.

Who could forget the other Round 23 thriller the last time these two met? Port trailed all night, and only kicked one goal for the first half. They would hit back in the second half, with Robbie Grey kicking the winning goal late, as Port claimed second spot, with a 17-5 record. However, the Dogs did manage to defeat Port at Adelaide Oval in Round 9 by 19 points.

Therefore, the Dogs will feel they can get the job done and will be wanting vengeance against Port for denying them a spot in the top four in Round 23. But the one thing you can’t ignore is Port’s incredible run of form, winning their last seven games and they will have the home crowd behind them.

Port will still be hurting from last year’s six-point prelim los to Richmond and will be desperate to get the job done and make it back to the big stage after 14 long years. Expect a close, fierce contest.

What an incredible finals series we have seen to this point and now with a grand final spot on the line, we can expect some thrilling finals action. Players will be putting their bodies on the line, for the hopes and aspirations to reach a grand final.

What is incredible about the four teams in Week 3 is that the Dogs are the only side to have won the flag in the last five years, so we could be seeing some very significant draughts being broken this year.

We fans cannot wait for this year’s preliminary final, so let’s sit back and enjoy some enthralling finals action.