The third Bledisloe Cup match went the way the cool heads in rugby thought it would, with the All Blacks putting the Wallabies to the sword once again.

New Zealand has for more than two decades operated at rugby levels that have exceeded anything from their big brother on the other side of the ditch. New Zealand has rugby as their dominant sport, which results in a national focus on how they play the game.

Australia has from time to time had the wood on the All Blacks, albeit with only one spell during which the Wallabies dominated for more than one season. The All Blacks responded with the building of the culture of what it means to be an All Black and the mantra of the ‘no-dickheads policy’ that is at the cornerstone of how they operate.

Australia, on the other hand, have always thought of ourselves as world-beaters, and occasionally we are. But we also have a fractured system whereby the game administrators choose to believe that they are in an alternative reality. To be fair, to administer the game in Australia would be a first-class nightmare. Steeped in regulations that preserve a bygone romanticism that ‘once we were kings’ complete with casual lunches to figure out what feels best for us. Wallabies greats are the way to go, Fox is our savior and so on – pretty much the old-school tie approach that misled English armies into many a catastrophe throughout history. 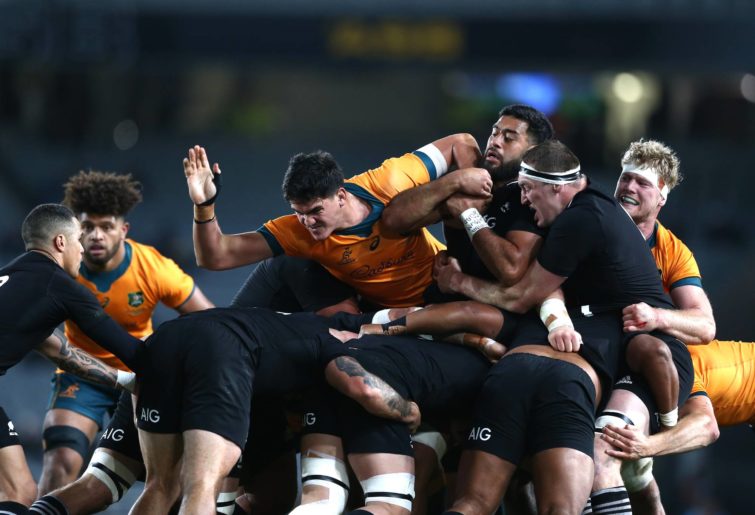 So given we want improvement, where should it come from? A gift from heaven, channelling my Blues Brothers obsession, would be nice, but the administrators are caught up with the idea that a quick fix can solve the problems. Like a new coach, bench this player, bring out of retirement this player, allow this player to return from overseas and play, buy this rugby league player, sign more juniors, find our X factor player and so on.

All I see is panic. We are correct that things are not good, but are we failing by always looking for a quick fix. Rugby Australia’s Scott Johnson needs to publish an open plan that sees the game progress at all levels – how he plans to see the Wallabies in a top-four ranking rather than in seventh-spot tied to a rock.

All I see is panic – we need to fix it! ‘Bring the gaffer tape quick and we’ll get something up and running.’ Honestly, this is not going to work now like it has not worked for the last 20 years. This country needs the debate on where we want to be in this game and how are going to get there.

It’s no secret: it’s called grassroots engagement, which gets the biggest pool possible from which to select the best players.

Often I think it’s about having 23 special mums giving birth to 23 special babies each year that make that the special team that can beat the other special teams out there. You need the numbers to get exceptionally gifted people to play the game at that level.

If you have the base of players to choose from, then you can pick them. But let’s try not to find ways to reduce the base with concocted laws that reduce our ability to compete. Oddly enough the world’s No. 1 has no rules like Australia.

Find ways to get the talent to want to leave NRL and AFL and want to join rugby rather than the other way round. Pinching back some schoolboys from league may sound nice, but what of the other 200,000 registered league players joining grassroots rugby and getting onto pathways that make the game so rich? Rugby league in some ways has plenty to teach, but there is great value in our game, and we need to create the environment to make this appealing to all players of all codes.

I can’t help but feel it’s always self-interest that wins in our game. Those who have succeeded in a broken system have little desire if any for change. Why would they when they have succeeded?

If I were king of rugby I would decree the busting up of self-interest and making Johnson’s KPIs based solely on the national team and national participation. The RA board should be publicly elected from the club rugby member base. The board’s national directive is to serve its members and grow the game.

Given this, an honesty plan for ten years forward is required to build and fix our game with a public review every two years.