'That makes him dangerous': Cooper's selection is not what the Boks ordered

Millwall Football Club is famous for its terrace chant “nobody likes us, we don’t care”.

The Boks have taken that motto to a whole new level the last few months. At least to them, winning really is everything.

Despite the polite utterances of respect from Faf de Klerk and others at press conference this week, I am sure the Springboks enter this Test against the Wallabies supremely confident.

South Africa has beaten the Lions without much preparation in a series played during political and social turmoil. Their spiritual leader has been hauled before World Rugby. Their style of play has been widely condemned. How could preparations be any more disrupted?

Certainly, this is a massive roll of the dice by Rennie. But with James O’Connor not quite ready, Noah Lolesio struggling and Reece Hodge the only other option, this is a risk that needed to be taken.

More than that, the selection of Cooper has occurred at the right time, in the right place and against the right team. Yes, you read that right. 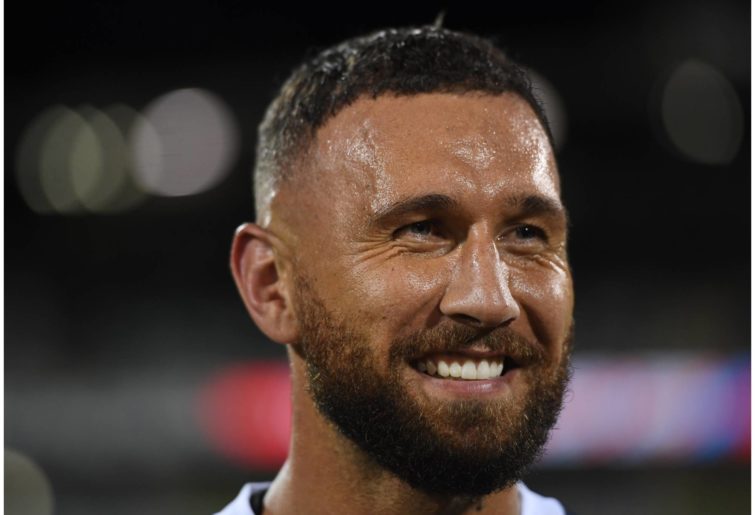 All rugby people will recall that dazzling night at Suncorp Stadium in 2011 when Cooper and the Reds played rugby the way it is played in heaven, the right way, and beat the Crusaders fair and square to win the Super Rugby title.

Not as many will remember 16 April 2011 when the Reds beat the Bulls 39-30. That was a game in which Cooper scored a try, set up two others and kicked a drop goal. That Bulls side included Morne Steyn at ten as well as a starting pack featuring Bakkies Botha, Victor Matfield and Pierre Spies.

The Reds beat the Bulls that night running them ragged. Quick throw-ins were taken at line outs, the ball wasn’t kicked out and the Reds led by Quade Cooper attacked from broken play time and again.

That is the way you beat the Springboks, especially a Springboks team now conditioned to kick the ball away and wait for mistakes or fumbles.

We saw the difference Finn Russell’s arrival on the field for the Lions in the third Test made. Instantly, he attacked the line and moved the big South African pack around the field.

Of course, he entered the series too late but has since said: “I thought that in all three Tests we should have played more rugby and gone at them a bit more. We kept the attack narrow.”

There is no doubt at all that Rennie agrees with Finn Russell and has picked Cooper for that reason. If the Wallabies play a narrow game dominated by set pieces, they will get beaten.

Cooper will also attack the line in ways that Lolesio has not had the confidence or experience to do. Flat passes, lateral movement and use of space in behind will create doubt in the minds of South African defenders who have faced a decent flyhalf for all of 60 minutes since way back in 2019.

It is also notable that numerous Springboks are returning from leg injuries, including the talismanic Faf de Klerk and Duane Vermeulen. What run will they have in their legs having not played high-tempo Test rugby since the World Cup? 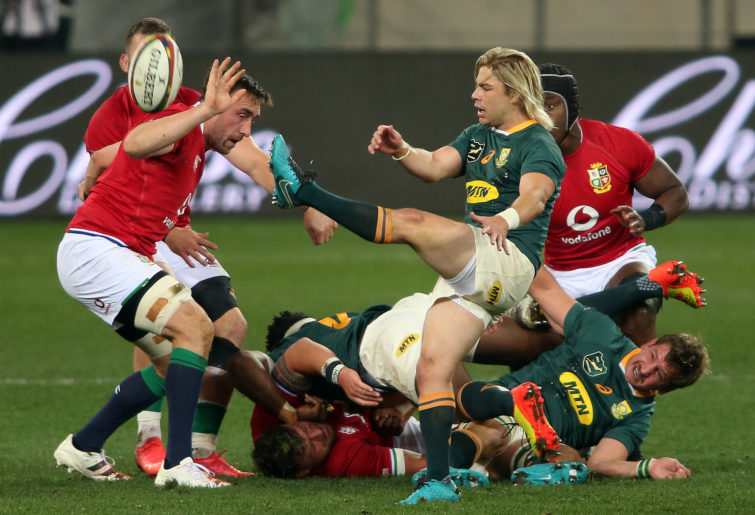 The big question is whether the Wallabies have the cattle to pull off the game plan Rennie will want Cooper to implement.

In place of Digby Ioane, there is now Koroibete. In place of Will Genia, there’s Tate McDermott. In placed of Scott Higginbotham, there is Rob Valetini. On the face of it at least, those aren’t bad substitutions.

The bench also looks designed to have a go. Feleti Kaitu’u, James Slipper, Taniela Tupou and Rob Leota are not going to slow the game down when they come on.

However, how close will the Wallabies be at that time? Will they be able to get close to matching the Springboks’ physicality at the breakdown for 80 minutes?

Not only have the Wallabies failed to put together an 80-minute performance this year, they have melted in the heat of battle all too often. The jokes about their chocolate sponsor and playing style have proliferated.

Maybe they just needed a light to be drawn to, a general to lead them around the field. A little magic.

That’s a lot to put on Quade Cooper after four years out of the Test arena. But what does he have to lose? A lot less than the Springboks is the answer. I mean, he’s already been denied an Aussie passport!

While not many people outside Queensland have liked Quade Cooper over the years, I don’t think he cares much either. In front of a parochial crowd on the Gold Coast, that makes him dangerous.