Vintage Wayne and the benefits of rest: Talking points from NRL finals Week 1

What a most satisfying weekend of rugby league that was.

Four good, fun games, a lot of off-field drama to keep us entertained and two great games on the horizon.

Here’s your talking points for the first week of NRL finals but remember – you can also check out the talking points pieces from each of the weekend’s games and have your two bob there as well.

Ivan can’t get Wayne out of his head
While the Bunnies’ 16-10 result was the most fun of the weekend, it was the press conferences afterwards providing the real fireworks.

Ivan Cleary lit the fuse, sooking it up about the refereeing and Penrith being (correctly) penalised for crusher tackles before going off on Wayne Bennett approaching the NRL to raise the issue of Panthers players blocking for Nathan Cleary to give him kicking time and space.

Cleary senior called on the NRL to “make a decision about whether they are going to allow coaches to deliberately manipulate referees and try influence them”.

Journos in Cleary’s presser couldn’t believe their luck as he rose to, then took their bait, question after question. Anything to do with the 80 minutes that just happened vanished and it was all about Cleary trying to influence what happens next.

Bennett has never refused a free hit and loaded right up.

“I never said anything for three weeks,” he said.

“We played them three weeks ago. He was the one that came out and started mouthing off. So just get that in its right perspective so if he is critical he is critical of himself.

“South Sydney had no say whatsoever until he started to come out and talk it all up.”

It was also all quite unnecessary. All Cleary needed to do was give platitudes, say the Panthers will be right and then leave, like Des Hasler did on Friday.

If I’m a Panthers fan, seeing Cleary act like that after a loss like that sets off alarm bells. He’s not a great performer in the wake of a loss, but this was something else.

Lucky for him, his team is stacked with incredible talent more than capable of taking care of the challenge ahead of them. But the example he’s setting for the locker room is chalk and cheese when compared to Bennett.

In the final standings it was Wayne first, the media second and Ivan a distant last. Maybe he should leave the mind games to the big boys.

Cross-code clash chaos
The NRL’s announced the Storm playing their preliminary final against Penrith or Parramatta on Saturday September 25 at 7:45pm, roughly half an hour after the first bounce of the AFL grand final.

It has kicked off a bit of talk about why the NRL would put Melbourne up against a game almost 100 per cent of Victoria will be watching, with two Melbourne clubs (Melbourne and the Western Bulldogs) involved.

The short answer is to give teams proper rest between games, but that’s boring. It also doesn’t matter who scheduled what first (the NRL was first) because I can’t remember the last cross-code meeting to work out a fair TV schedule. 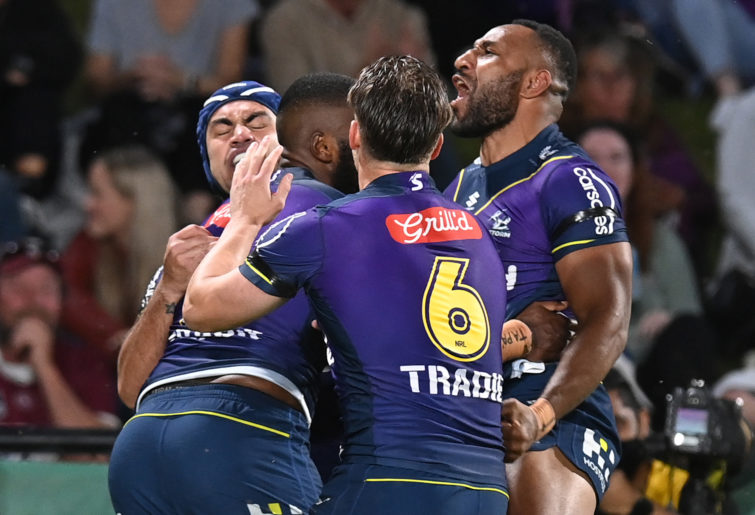 NRL chief executive officer Andrew Abdo came out chesty, saying last week: “I’m not being arrogant but they should be more concerned than we are that we’re going to put on an unbelievable game of rugby league.”

The game may well be the best of the season, but this is a clownish statement. The Storm game will be dwarfed by the AFL decider. Last year’s inaugural night grand final rated its face off and this year will be no different.

It’s tough for Storm and Panthers or Eels fans who like their Aussie rules and vice versa, but it is how it is. If the NRL wish to sacrifice one of their biggest games of the year, that’s their call. I can’t wait for the press releases on Sunday the 26th claiming ratings victories.

See? Resting players is smart
Remember all the expert criticism of the Storm, Bunnies and Eels when they all rested players in the final round, while Manly and Penrith went at full tilt to try and maintain form into the finals?

All the hubbub never made sense to me. Resting players is the right move and it showed out on the weekend, with Souths in particular having a more petrol in the tank to handle a Penrith side who were knackered and making fatigue errors and decisions after getting belted up all night.

Hopefully it’s the end of the ‘resting players is dangerous’ opinions, but you just know it will never end. 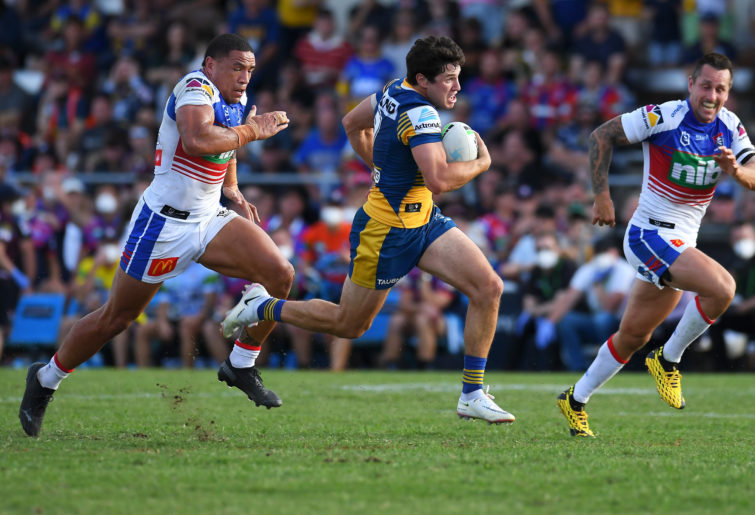 It’s also worth noting Parramatta and the Roosters had wins in quite tough conditions, with heat, humidity and hard surfaces. Having the fresher team is going to mean so much more than usual this final series.

Be nice to Patrick Herbert
Corey Thompson gave his teammate Patrick Herbert an almighty bake when the Titans centre went himself instead of doing a simple catch and pass to win the elimination final for the Gold Coast over the Roosters.

Naturally, social media tore into Herbert as social media does. Commentators, experts, former players, even people who have never watched rugby league before lined up to call out the bonehead play. But let’s ease off a bit.

Herbert knows he made the wrong call. Like Anthony Mundine in ’99, Cheyse Blair in ’16 and Joey Leilua in ’19, he’ll be stuck with what happened for the rest of his career, fairly or unfairly.

But a full-scale pile-on is the last thing we should be doing. It adds nothing, changes nothing and can have a significantly bad impact on a player’s mental health.

I saw Thompson has posted his support for Herbert, which was good to see. Hopefully everyone else who took a shot will leave him be.

What did you make of finals Week 1, Roarers?