For a westie who grew up following the Dragons, this finals weekend is completely arse-about. I mean, how would Roy Masters go about motivating these troops? Maybe with a reference to two different types of cladding?

Most people know the story. When the legendary Masters was coaching Western Suburbs against Manly, he once referred to the clash as the “fibros versus the silvertails”. It was a sledge to fire up his team with the belief they were the battlers against the privileged Northern Beaches side.

But this weekend, it is two western suburbs fibros slugging it out in one match, with the ritzy beachside silvertails of the Sea Eagles and Roosters duelling in the other.

It’s simply arse-about! It is not the natural order.

What a perplexing dilemma! In one match the problem is who to go for. In the other, it is which team you more want to lose. There’s some serious soul searching to be done over the next couple of days.

For many, the choice of which team to follow happens in the formative years, usually based on which team your hero plays for. For me, it was Graham Langlands and I still have the scars of 1975 to prove it.

If I was born ten years later, my destiny would have been the same lifelong torment, but different car stickers.

Hands down I would have been a Parramatta supporter. Peter Sterling was my adult hero. I would still have Sterlo posters on my bedroom wall if my wife didn’t find them a bit creepy. 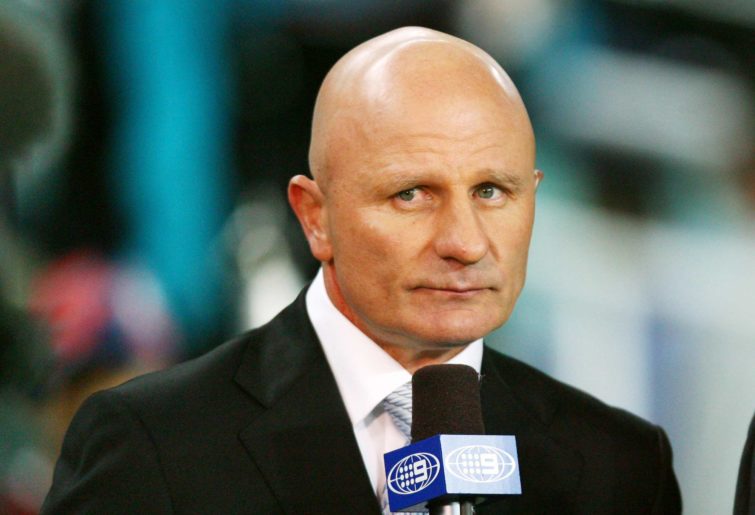 Parra’s always been my second team. Contrary to some opinions, I reckon you’re allowed to have a second team. Sure, you don’t stay upset for a week when they lose and you don’t struggle to sleep for the week before if they’re playing in the grand final.

They’re not hard-wired into your brain’s mood centre like your main team. More like a soft spot in the frontal lobes. You care.

As well as my second team, there’s the team I want to see win it this year. I pick mine at the start of every season.

Not the Dragons every year?

Well, yeah. Of course. You don’t stop believing they’re a chance. But I don’t sit at the TV every week sweating on my Lotto numbers coming up. I need a backup plan.

This year, my pick is the Panthers.

Why? They were my tip as the only team capable of defeating the evil empire. And I’m a sympathetic soul. I hoped they would go one better than last year.

Now, it’s a hope that after being so good for so long, they don’t bow out meekly and fade into obscurity.

Now, who to lose?

I had several reasons for hating Manly, not least that they used to be the perennial whingers from the coach down.

Bob Fulton was the master and he dropped it from on high. Des Hasler is just as good. He could turn even a compliment into a conspiracy against his team.

Fines became his rite of passage. An assurance that his comments had found their mark.

And Geoff Toovey didn’t skip a beat when it was his turn.

It was the old squeaky-wheel trick, and it worked a treat. They had the officials running scared. Tooves was right, just not about the direction to point the finger. There needed to be an investigation! (Is that helpful Mr Cleary?)

Nowadays, Manly has taken a back seat and the Roosters are driving.

There are those scars from 1975. And if that doesn’t register, there are all the years of dominance. There is the sombrero, the lattes, the privilege, Jared Waerea-Hargreaves (a nice guy off the field I hear). 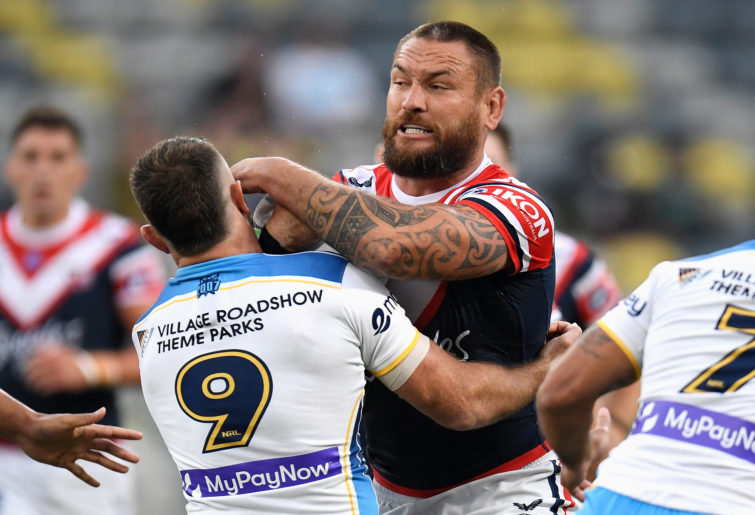 But, unlike Manly, you wouldn’t call them whingers. It’s more like tactical manoeuvring. Trent Robinson is the master of making his team out to be the victims without having a whinge.

He complains so eloquently and with such judicious choice of words that he makes an absolute bake sound like he is the all-knowing seer who is passing on his philosophical wisdom.

Everyone laps it up – the calm and control, contemplating his words like he’s playing chess.

Unless of course one of his best players has just been poleaxed, and his team has just been thumped by 42 points. Then he’ll go to plan M. Cop the fine for the satisfaction of loosening the nuts on the squeaky wheel and going full speed until there’s a blowout.

So, back to the weekend. I’m deflated before the games begin.

I want to have a team to hate in both matches.

How’s this for an idea? Swap the teams. No big deal!

The NRL finals graph looks like part of a backgammon board. Couldn’t they just move a couple of the pieces?

Manly and Parra has a bit of a ring to it. Panthers versus Roosters? Even most Penrith haters would make a truce with themselves for that one.

Come on Mr Abdo. It’s not too late. It can’t be much harder than rescheduling a preliminary final.

No deal? Ok, so maybe I do have a preference. Des seems to have mellowed with age. And I only truly, passionately, have enough hate for two teams. One of them has a week off.

As for Parra vs Penrith, may the best team win.