Barry Richards (born 1945) – 27 internationals, average 55.56, 207 high score, six centuries, four official Tests
Richards’ average is probably about right. He tailed off, averaging just 28 in six rebel Tests at the end of his career. But look at all the great recent Test batsmen who hung around too long and saw their averages plummet. He did average a phenomenal 79 in five World Series Cricket matches. Note that Richards and Graeme Pollock both shade Jacques Kallis, but from many fewer internationals.

Graeme Pollock (born 1944) – 53 internationals, 55.53 average, 274 high score, 15 centuries, 23 official Tests
Pollock’s average has come down, but over a long career, that is probably accurate. Pollock only averaged 35 in eight rest of the world matches and 35 in six other matches. But in the early ’70s his form suffered as he transitioned from wearing glasses to contact lenses, and it took a while for him to adjust.

Eddie Barlow (born 1940) – 44 internationals, 45.62 average, 211 high score, ten centuries, 80 wickets, 28.29 average, 7-64 best, four five-wicket innings, 30 official Tests
He is one of my favourite cricketers, a whole-hearted competition and a genuine all-rounder. His batting average is probably close to accurate. He was a boom-or-bust, hit-or-miss kind of batsman. He was an outstanding pace bowler in first-class cricket, but had fewer opportunities at Test level.

Mike Procter (born 1946) – 21 internationals, 31.59 average, 66 high score, 83 wickets, 18.58 average, 6-73 best, two five-wicket innings, seven official Tests
Procter’s batting average is disappointing and unreflective of his genuine batting ability. I have no doubt, given a similar career, he was the equal of Imran Khan with bat and ball. His bowling average below 20 is nevertheless phenomenal. He was a miserly bowler, giving away few runs.

Vintcent van der Bijl (born 1948) – 13 internationals, 24.83 average, 50 high score, 61 wickets, 20.20 average, 5-25 best, four five-wicket innings
At the time of his retirement in the early ’80s, he was the most prolific bowler in South African domestic cricket. He topped the annual Currie Cup wicket tally for about a decade. Broken down to a five-Test series, he would have grabbed 23-24 wickets per series. He had outstanding consistency. He had the same imposing physique and bowling style as the Windies’ Joel Garner. His high batting average is courtesy of ten not outs in 16 innings.

Lee Irvine (born 1944) – 11 internationals, 39.00 average, 125 high score, two centuries, four official Tests
An international schoolboy contemporary of both Richards and Procter, Irvine was a hard-hitting left-hand batsman and semi-regular keeper. He was a very handy player to have in your team. 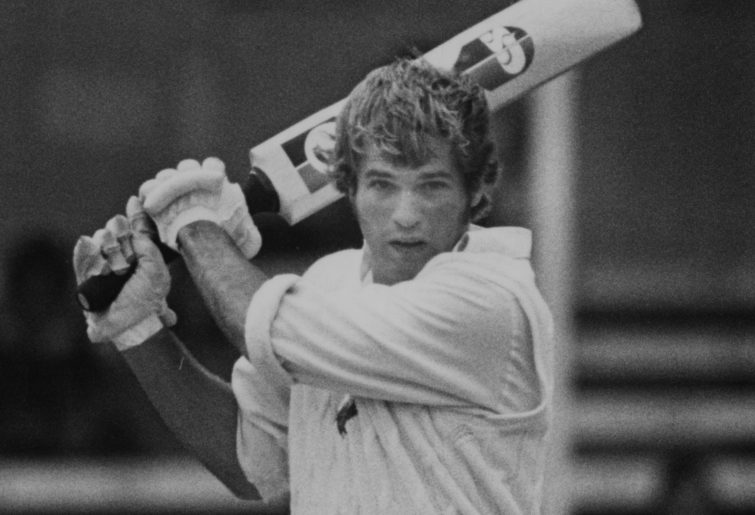 Jimmy Cook (born 1953) – 22 internationals, 38.56 average, 169 high score, three centuries, three official Tests
Cook was one of two players to appear in all 19 rebel matches in the ’80s, the other being Peter Kirsten. Test cricket came too late for him, playing his three Tests at age 38 and 39.

Peter Kirsten (born 1955) – 32 internationals, 35.90 average, 173 high score, four centuries, 12 official Tests
An older half-brother to the excellent Gary, Kirsten played all 19 rebel Tests, along with Cook. Like Cook, Tests came late to him at age 37, but he managed 12 Tests, including a century.

These are some others who appeared exclusively in rebel Tests.

Alan Kourie was a spinning all-rounder who was apparently as boring to watch as Ken ‘Slasher’ Mackay, but he was effective. His bowling was just adequate. His stats were 16 matches, 23.94 average, 69 high score, 38 wickets, 33.90 average, 6-55 best, and three five-wicket innings.

Ray Jennings was the outstanding keeper in the republic in the ’80s, but an ordinary batsman. He played 14 rebel Tests, with Dave Richardson appearing in the other five. His stats were 14 matches, 14.93 average, 46 high score, 46 catches and four stumpings.

Ken McEwan may be remembered for playing three seasons in WA from 1979 to 1982. He was a handy batsman and occasional wicketkeeper. His stats were seven matches, 43.80 average, 138 high score, and two centuries.

I trust you enjoyed this.