Spring racing heats up this week with Group 1s being held in both Victoria and New South Wales.

We’ve been blessed with some fantastic races over the last month or so, with many superstars making a mark, others on the rise, and last week particularly a few shorties getting rolled to make us question where they all sit in the grand scheme.

The Sir Rupert Clarke Stakes is the headline act at Caulfield this Saturday. As a 1400m handicap in early spring, it has traditionally been one of the lower purses among the Melbourne carnival riches, but all Victorian Group 1s have a minimum of a $1 million prize pool this season. And we’ve got the quality at the top of the weights accordingly.

Behemoth is back to defend his crown after taking out this race in comprehensive fashion last year. Back then, he was coming in off Spring Stakes and Memsie Stakes victories, just as he is now. He’s made the Caulfield 1400m course his own in the last 12 months, and from barrier three will get a lovely run once more and be asking others to beat him.

Beau Rossa has given Behemoth a fight in those last two races, running second to him both times. The key is that they were both at weight-for-age, and now under handicap conditions Beau Rossa is four kilograms better off. It should be telling given there has been nothing between them so far this prep. He too has drawn to perfection and will get a perfect trail just behind the speed.

Streets of Avalon is a dual Group 1 winner at this track and distance, but was three lengths in arrears of Behemoth and Beau Ross in the Memsie, albeit ridden upside down. He’s since run very well in the Feehan Stakes, only a length off the winner there, and is somewhere in the game at big odds.

Probabeel is as classy a mare as we have in Australasia, especially at a sprint-mile trip. If you remove her wet track runs, where she simply doesn’t go, she hasn’t missed the quinella in more than two years. Along the way, she’s collected three Group 1s among several other wins, plus a few seconds as well.

She returned as well as ever first-up in the Cockram, but has to carry 57 kgs, which is second top weight, against a good field. From barrier two she’ll get every chance to carry it with a cruisy run in transit.

Beau Rossa, Probabeel and Behemoth lead the market and should all start around the $5-$6 mark. Who can we find at bigger odds down in the weights to knock them off? 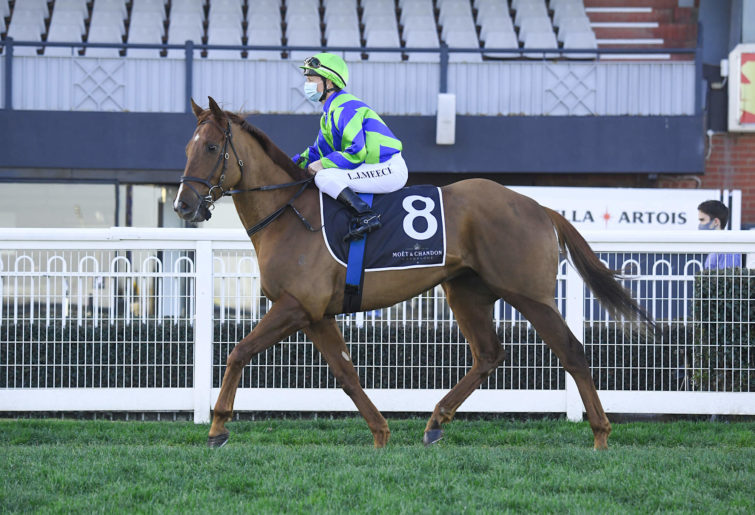 Amish Boy looks the most likely, coming off a very good second to Masked Crusader first-up. That horse is second favourite for the Everest, and what odds would he be here? Amish Boy has only 52kgs on his back, which is what he carried when beaten less than a length in the Newmarket earlier this year.

And he’s an older, stronger horse now. The wide barrier and only one win from 17 starts are the knocks.

Poland was behind Amish Boy first-up, perhaps due to the latter having a fitness edge, but did have his measure at this track and distance back in February. He can’t be forgotten.

Sierra Sue comes into this off a run in the Feehan, and like Streets of Avalon was close up. Moonee Valley can produce those blanket finishes though, which can be hard to trust. Still, she is a 1400m specialist and took out the Lawrence Stakes here two starts back. Look for her to be sweeping into the race.

Buffalo River is sure to have admirers, and they’ll multiply quickly if the track is wet with a bit of rain anticipated. He’s never won a race on a good track, despite some very solid performances, but he’s devastating on soft and heavy. He’s very good first-up, will have been set for this, and won’t have to work hard from barrier four to lead or take up a forward position.

Irish Flame, Aysar and Dalasan come through the Chautauqua Stakes, with none expected to figure here. Dalasan has the class, but this is not his trip and he’s drawn off the track. Irish Flame was amazing first-up given he normally produces his best over much longer and will likely level off second-up.

Aysar is the over the odds here, a Caulfield Guineas place-getter that should still be improving as an early-season four-year-old. The last time he was here he ran second to Portland Sky, who subsequently won an Oakleigh Plate, and he also finished in front of Mo’unga back in Feb, who has already proven himself a good weight-for-age horse.

Groundswell is a good handicapper that carries big weights in the lower grades, so will appreciate the drop to 52kg’s. Romancer is similar, but as an 8yo doesn’t have the upside to beat these. Samizdat brings across Perth form, which we always have to be wary of.

Dice Roll strung a few wins together through the autumn and winter, and has been given a break and is targeted at the Rupert Clarke and Toorak. He’ll put himself in the race and give some cheek. Stablemate Regardsmaree doesn’t know how to run poorly, hits this on the back-up, and wasn’t far off a horse like Ayrton two back. He’s hard fit and will be somewhere thereabouts.

Despite a full 16-horse field, the fourth favourite is actually the only emergency in the race. The connections of I’m Thunderstruck will desperately hoping for a scratching, given the authority he’s been winning with in lower grades. It’s a big step up here though, and he does look a touch of unders.

It’s rare to find a capacity Group 1 handicap that isn’t truly run, and there looks to be enough speed engaged here to ensure that every horse gets their chance. The key chances have all drawn inside, which could put a target on their back in terms of getting trapped inside. As always in these big races, the right run at the right time will play a significant part.

Whether the track is good or soft will depend on how much rain there is, which is the intangible. Promote Buffalo River at all costs if it’s rated a soft 7 or below.

A couple of Guineas Preludes are the key support races on the Caulfield card.

Heresy is clearly the filly to beat in the Thousand Guineas Prelude after an eye-catching run in the Quezette running beautifully against the boys in the McNeil. She could be the early anchor to build a bank for later races.

The Caulfield Guineas Prelude looks a more even affair. If Heresy does win in style, Lightsaber’s chances will be promoted and he might be ready to strike. Good judges rate Queenslander Alpine Eagle highly, and we have seen glimpses of his potential at a higher level as a two-year-old.

There are a handful of others that wouldn’t surprise either, with the formlines coming from everywhere here.

The Naturalism is always a good race too, with the winner guaranteed a start in the Caulfield Cup. It looks made to order for Nonconformist from a middle draw – he was the run of the race in the Feehan after being posted wide on speed, although he’s not really a genuine horse and loves finding ways to get beaten when in the market.

Good luck to all on a day that looks like it could hold a few secrets.