'The younger guys were overawed': Manly's pack must aim up against Roosters' 'X-factor of skill and strength'

If you look at Friday night’s game between Manly and the Roosters, your eyes instantly go to the number ones’ battle between Tom Trbojevic and James Tedesco.

Both of those will carry a lot of their side’s chances the whole night with where they’re able to put them on the field to come up with the big plays.

However, this game is going to be won in the forwards.

Manly were exposed last week against Melbourne. Their young forwards didn’t get involved enough and their front-rowers, especially, didn’t make enough metres, which put a lot of pressure on Trbojevic to try to come up with plays not in attacking areas.

When they got down the right end they were so frantic with their attack that they didn’t really take the chance to get Trbojevic some good balls.

I’m looking at Haumole Olakau’atu, Josh Schuster, Marty Taupau and Josh Aloiai. These guys really have to aim up and provide a platform and bang the door down.

If they can do that, against a quality Roosters pack with Jared Waerea-Hargreaves, Victor Radley, Sitili Tupouniua and Angus Crichton, that’s going to give Trbojevic a better chance to get himself into the game.

Trbojevic also must address his own things about getting involved and how he hits the ball. But it’s going to be a lot easier for Manly to attack inside the Roosters’ half if those forwards are banging down the door and going forward early.

If you look at how they’ve played Melbourne twice this year, they have tried to shift the ball a little bit. They need to get back, with Lachlan Croker there at number nine, to taking this Roosters pack head on.

Don’t take anything away from the Melbourne Storm and how they dominated Manly.

They were very disciplined. Every time Trbojevic got the ball, they swarmed in threes and fours to make sure that he felt the contact.

But the younger guys within the Manly team were a bit overawed by the situation.

Yes, this is a Melbourne side that is the current champions, at their home away from home. But Manly’s emotional levels were a little bit off because they tried so hard straightaway and then, when they made the mistake and Isaac Lumelume scored the first try, it was almost like the balloon just went pop straight away, instead of the air going out of it slowly.

I expect this week to see a much more level-headed approach in terms of how they shift the ball. The kicking game from Croker out of dummy half is crucial. He only has to come up with one or two but it just takes the pressure off Daly Cherry-Evans. As Kieran Foran doesn’t kick, this gives Manly much better balance.

And it’s weird, but this might be the loss they needed to have because they’re a team that can adjust really quickly.

With Sam Verrills suspended you’d love to see Victor Radley stay in the number 13 jersey for the Roosters. 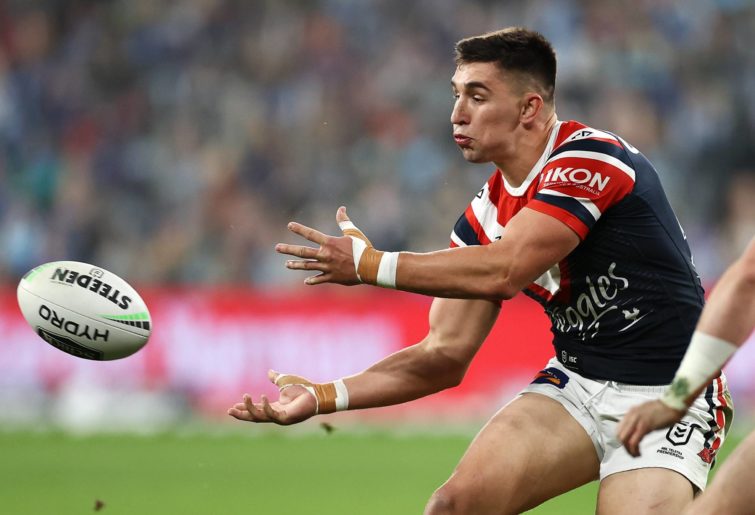 He can play a little bit of nine but then they lose that link play between the halves and Drew Hutchison and Lachy Lam. Lam could play there, and maybe start Sam Walker – but I can’t see Trent Robinson doing that unless he feels Walker can handle the first 20 minutes of what could be a really tight physical tussle in terms of his kicking game and the kick pressure he would be receiving.

I think Ben Marschke will start there and then they may put Lam there for a little bit or potentially put Victor Radley there for five minutes just before halftime so he can get his rest.

If you’re the Roosters, the blueprint was laid out for you last week by Melbourne.

Be physical in the kick chase on Tom Trbojevic, and every time he comes in to get one off the ruck, condense the defensive line.

And every time they run the ball, make sure the knees and elbows are up.

If they can get that momentum and start really fast against Manly it’ll send a panic through them again that all of a sudden, they aren’t the team that everyone’s feared, that they’re trailling in the game and they’re going to have to get themselves out of it. 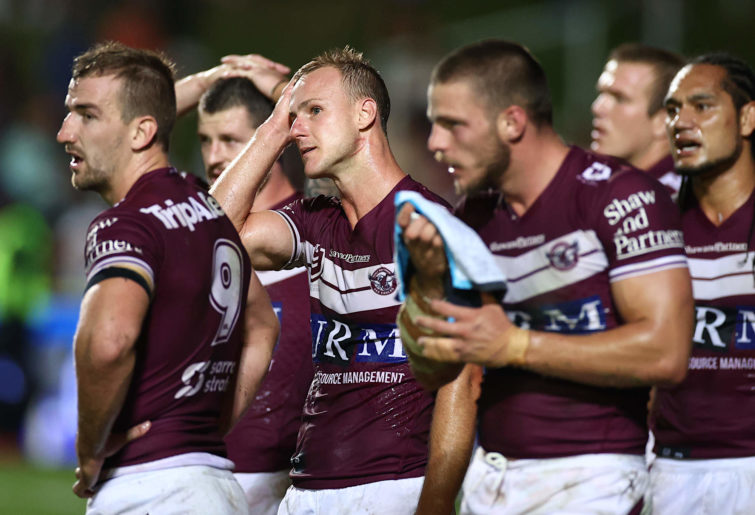 For the Roosters, this is a free shot. Manly should win this game, nine times out of ten, but I just can’t discount the Roosters – what they’ve done this year, the ability for them to be able to hang tough in games and find a way to win, plus that forward pack is still a quality forward pack.

On the left-hand side, where Manly were exposed last week, there is a real opportunity for Hutchison to go down that left-hand side and just hit Crichton a couple of times, make Manly make some tackles and then you may see Tedesco pop out the back.

They’ve got a nice shape to the left-hand side. I like Crichton there and Tupouniua runs as hard and as straight as any other back-rower in the comp so there is real depth as well.

You throw in Victor Radley, this X-factor of strength and skill through the middle, who can just whack.

If Waerea-Hargreaves and Radley get a sniff that they’re going to be able to dominate the Manly pack, the Roosters will find themselves in a match against South Sydney.