The former Melbourne captain, still the games record holder and all-time leading goal-kicker at the AFL’s oldest club, is adamant more than enough evidence has piled up over the years.

“The curse is a real thing, in a weird way, but it has been around the club,” Neitz told AAP this week.

“As a club, we haven’t been able to get the stability right across the board since Norm’s departure.

“At board level, CEO level, keeping lists together and things like that – there’s been instability since that time.”

Legendary coach Smith led Melbourne to six premierships in a decade, turning the Demons into the VFL’s pre-eminent force during the 1950s and ’60s after a decorated playing career.

He had his dominant side flying in its defence of the 1964 flag, engineering an 8-0 start to 1965 before an upset defeat to St Kilda.

It was the first of three losses in four weeks under Smith before he was abruptly sacked – via telegram, of all methods – in a move that shocked Victorian football.

Uproar ensued and Smith was reinstated days later, but the damage had been done – trust had been lost between the club’s key figures.

Smith led Melbourne through the following two seasons, both with losing records, and coached South Melbourne for four years before his death, aged just 57, in 1973.

Exactly what prompted Smith’s sacking has remained unclear, though tension had grown between the coach and club powerbrokers.

A good portion of it likely stemmed from Smith’s belief that the committee had failed to support him when he was sued for defamation by VFL umpire Don Blew.

Then there was Smith’s decision to allow Ron Barassi to move across town to Carlton after the 1964 season.

The Demons quickly descended into darkness, lurching from one disaster to another, and endured a 23-year streak without finals.

Grand final beltings from Hawthorn (1988) and Essendon (2000) are as close as Melbourne have got. 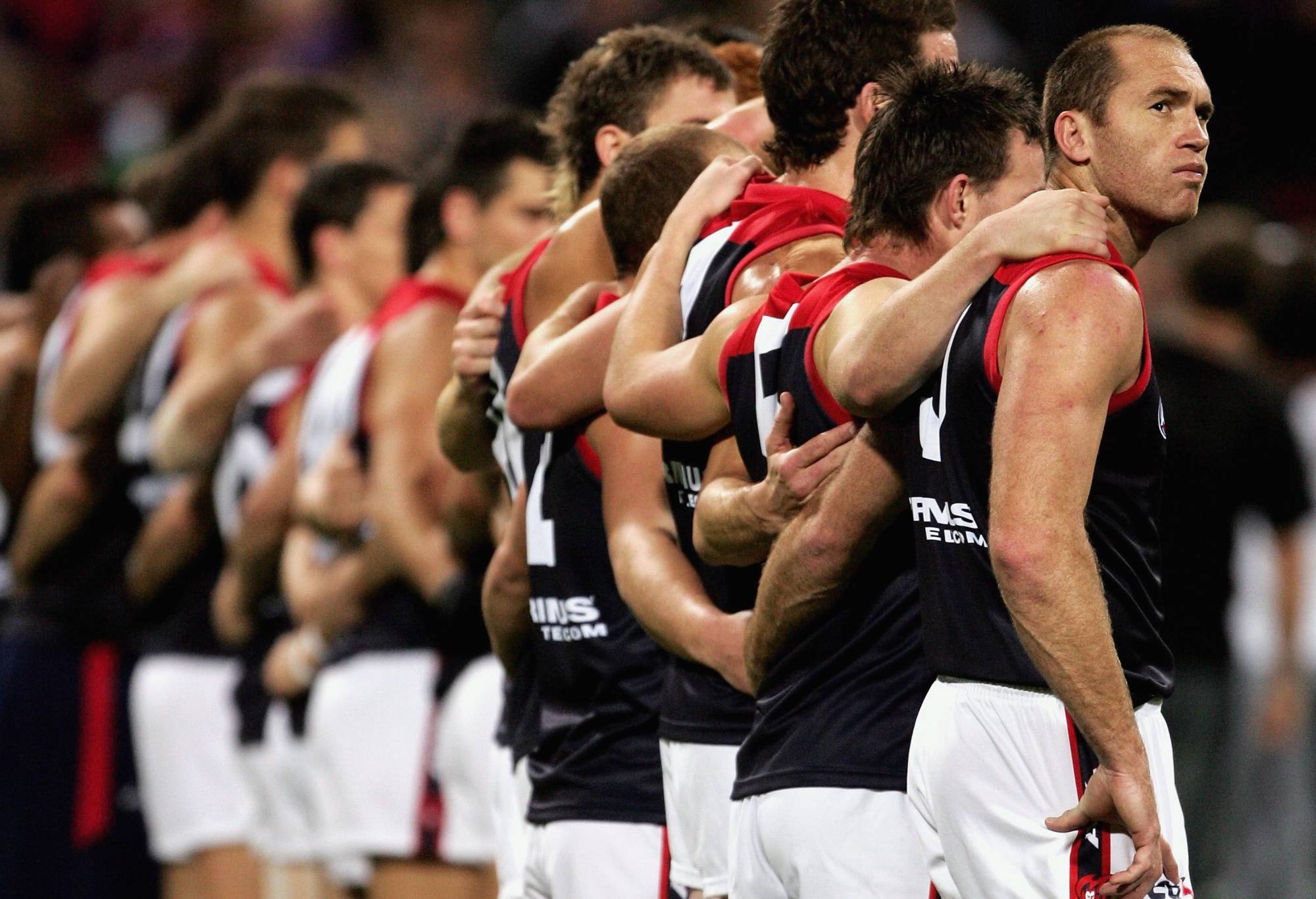 More recently, the 2018 preliminary final humiliation at the hands of West Coast came just as it seemed the Demons had got their act together.

Off the field, while maintaining inextricable links to the MCG, Melbourne have lived a somewhat nomadic existence, with training, administration and social facilities often moved and in separate locations.

The lowest ebb came in 1996 when the Demons almost ceased to exist amid merger talks with Hawthorn.

Behind the scenes, instability has long cast a shadow over the club – until recently.

Neitz believes the turnaround began in 2013 with the arrival of Peter Jackson and Paul Roos.

Jackson was sent in as chief executive by the AFL while Roos was charged with turning around a failing football department.

The former Fitzroy and Sydney champion, and Swans premiership coach, recruited Simon Goodwin as his successor and the wheels began to turn on the gradual rebuild.

“It’s only been since then that we’ve started to come through,” Neitz said.

“They’ve built a lot more stability as a whole club, from the board level all the way through to the coaches and the playing list.

“That stability is there that has been lacking for almost all of that 57 years.

“Now we’re quite strong as a club and we’ve got a really strong playing list.”

“The curse is a long way towards being buried with the stability of the club,” Neitz said.

“But you do need the premiership to fully bury that.

“Obviously I’m a bit biased, but I think they can win the whole thing.”

As in 1954, the year before Smith’s first premiership as coach, only the Western Bulldogs stand in the way.

I can remember my brother turning 18 – I was 14 – and the excitement of his party had my bowl cut and braces buzzing at a level I’d never experienced.

Melbourne premiership captain Max Gawn says he urged coach Simon Goodwin to replace him with Luke Jackson in the ruck before the youngster inspired the third-quarter burst that broke the AFL grand final open. The Demons were in trouble when Marcus Bontempelli’s third goal gave the Western Bulldogs a 19-point lead in Saturday’s third term […]

Winning is a drug.