Players from England have represented a very high percentage of these visa players. However there have been more failures then successes from the old country.

Could Jack Wilshere be the next one to try his luck down under?

The Newcastle Jets have held informal discussions with Wilshere’s agent Neil Fewings about the possibility of bringing the mercurial Englishman to the Hunter region as a marquee player.

Arthur Papas has done a wonderful job transforming the Jets this off-season. They have seen 13 new faces come through the door while several have exited.

It is a squad that is not spectacular on paper but should be extremely competitive and capable of making opposition teams lives’ difficult this season.

One thing they are missing is a marquee player though. Could Jack Wilshere fit that description?

Wilshere is best known for his time with English Premier League side Arsenal, where he spent several years winning two FA Cups and a host of individual awards like the best young player in the Premier League.

“Spanish technique, but an English heart” is a famous quote his ex-Arsenal manager Arsene Wenger used to once describe his talented protege.

Wilshere was one of the best young technical central midfielders to come at a time when English players were not known for their technical abilities with the ball. 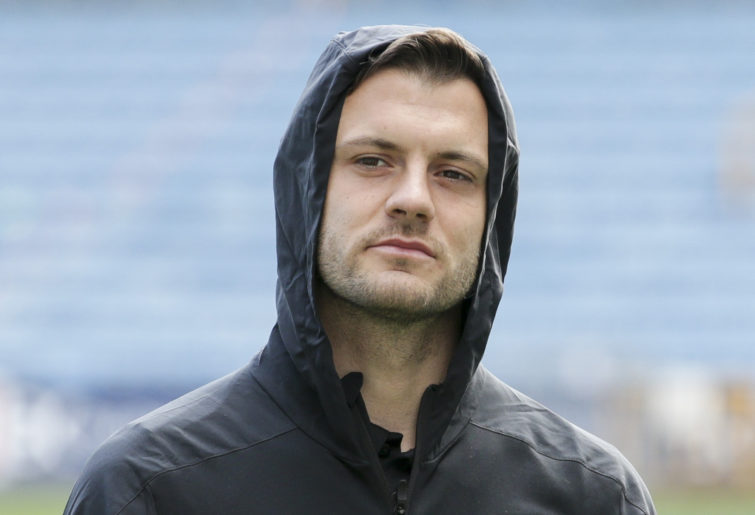 He seamlessly could go from playing as an attacking midfielder one match, to a deep-lying midfielder the next or even a box-to-box type the following.

The possibilities seemed endless for the budding young star, but like many prodigies, his world came crashing down.

His hard-partying lifestyle and smoking habits were constantly splashed on the UK gossip pages, but it was something else – he seemed to have been hexed with the dreaded injury curse.

Wilshere’s injury list while at Arsenal was lengthy, with eight of the 16 injuries picked up being related to his ankle.

Even after his departure from Arsenal, the former England international missed countless games at West Ham United and Bournemouth due to serious injuries.

Over 1400 days have been missed in his career, which is a staggering four years.

Rival fans over the years have had a field day with the ‘Jack wheelchair’ chants that are sung when he is on the field.

Wilshere is still only 29 years old and currently unemployed – but has been training with his old club Arsenal to stay fit.

A move away from the country of his birth might be best for Wilshere though. The constant taunts have not only mentally taken their toll on the player, but also his young family.

Wilshere’s recent comments about potentially retiring show a man that has become jaded with the attention and scrutiny received during his career.

Clubs from the Middle East and Championship in England have made enquiries, but seem to have baulked at Wilshere’s large six-figure-a-week wage demands.

The Jets’ interest has come from nowhere. They are still being propped up by several A-League teams and the cost, let alone Wilshere’s awful injury record, should make any form of deal prohibitive for the club.

English players have generally struggled on the pitch in Australia. Success stories like Adam Le Fondre are minimal compared to the usual dime-a-dozen failures like Ryan Shotton.

Jack Wilshere moving to the Jets is more than likely a pipe dream. It’s not without merit though. It’s given the embattled club’s fans hope and brought some much-needed overseas attention to the A-League.