Tregonning will officially begin on October 1 and will oversee the Wallaroos’ program through to the Women’s Rugby World Cup at the end of 2022.

For Tregonning, this role is one he has aspired to for quite some time.

“I’m really excited to being part of the team again and leading them,” he says.

“It’s going to be a big challenge for me but I am looking forward to it.

“There is so much prestige associated with coaching a national team and this is a special moment for me.”

But this is not his first involvement with the Wallaroos’ program. Tregonning was also part of the coaching staff in 2014 when the Wallaroos competed at the World Cup in Paris.

Despite having assisted in coaching some local teams and knowing some women who played rugby, this was his first formal involvement with the high performance of women’s rugby.

“I loved it,” Tregonning says.

“I loved the connections, loved the challenge of working with the women and obviously we were fortunate enough that year to travel to Paris for the World Cup.

“I experienced a different place with like-minded rugby people and got to focus on the team playing footy, it was outstanding.”

Since 2014, the landscape for women’s rugby has changed significantly. The growth in women’s rugby has in large part come down to the success of the Australian women’s sevens team, particularly following their gold medal at the 2016 Rio Olympic Games.

This saw an increase in the number of young women playing sevens and since then there has also been the establishment of the AON Women’s University Sevens Series.

While the growth in the XV version of the game has not been as pronounced, increasingly women are being given the opportunity to play rugby at a more elite level. The Super W has been introduced and there has been a recognition that for the Wallaroos to be successful, they need more opportunities to play.

This led to the Wallaroos playing a series against Japan in 2019 prior to some games against New Zealand.

Unfortunately, the pandemic has had a significant impact, particularly given that the Wallaroos are not yet full-time professional athletes.

“The landscape makes it difficult for sports where the pursuit of that sport is not full-time professional,” Tregonning says.

“These sports have been set back and it is the case for women’s rugby too.

“It’s a whole national team that has been impacted and the women do find the disparity between the men’s and women’s game frustrating sometimes, but we aren’t yet in a position where we are full-time professional to get the exemptions other athletes do.”

Despite this, Tregonning is excited for the next 18 months and is looking forward to bringing the team together to begin preparations for the 2022 Women’s Rugby World Cup. 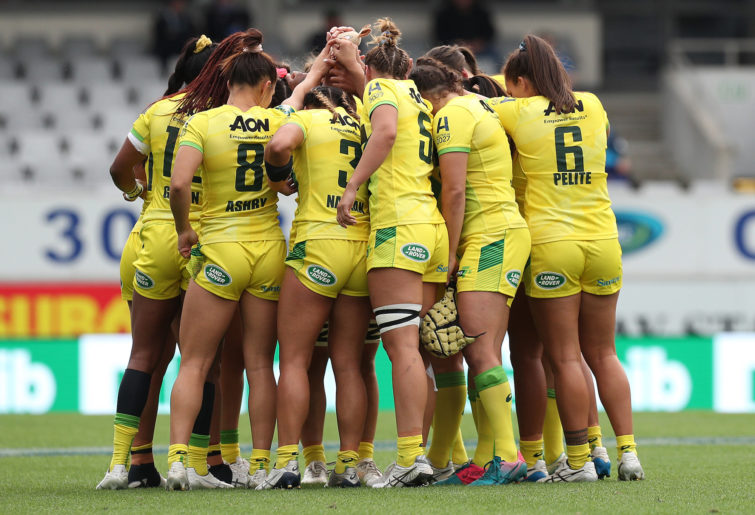 While he is looking forward to it, he does recognise that there are challenges.

“Hopefully before the year is out or at least early next year we can come together and spend some time together on the field,” Tregonning says.

“We are looking at possible games and a schedule. I have some concerns about the physical wellbeing of players in that many women have not had game time or done contact training for quite some time, so there is risk of injury there.

“It is something we are extremely mindful of, because the wellbeing of our players is the most important thing.”

The challenges for women pursuing sport at an elite level are well known, particularly the juggle of elite sport with university, caring responsibilities and working.

But in the case of the Wallaroos, the players are not the only ones juggling.

Tregonning is currently the head of sport for kindergarten through to Year 12 at the Illawarra Grammar School.

In order to manage his role with the Wallaroos, Tregonning has stepped back from his role as head of sport and will continue in a teaching capacity instead.

“My focus is making sure I get the best possible result for the Wallaroos,” Tregonning says.

“I’ve been at the school since 2005 and my kids have both been through the school, so I have a good relationship down there and the principal has been extremely supportive of me taking on this coaching role.”

The Wallaroos have celebrated ending their 956-day rugby Test match drought with an impressive 36-19 defeat of Fiji in Brisbane. Denied a chance to…

'Got to make sure the product is compelling': RA boss promises action over stop-start SRP

Rugby Australia's brain trust will gather to discuss the state of the game after repeated calls from frustrated coaches to encourage a more free-flowing,… 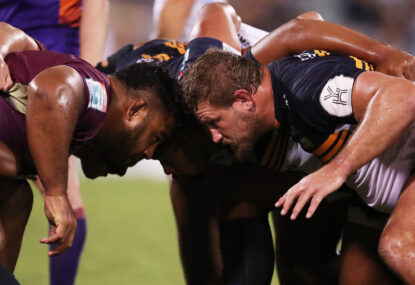 'Got to make sure the product is compelling': RA boss promises action over stop-start SRP