In recent times they have revolutionised the industry with The Everest and tried to re-shape the spring carnival to their will.

The Golden Rose is one of the most exciting races that Sydney has, an event that has risen to prominence in the last decade or so and overtaken the Caulfield Guineas as the pre-eminent stallion-making race for three-year-olds.

This year’s edition doesn’t perhaps have the lustre of previous seasons given some of the lead-up performances have been a little plain, but the race is still going to be run and won.

And one colt appears to be standing above all others on the path to greater riches.

Anamoe holds firm favouritism, and deservedly so according to anyone with eyes. His quality as a two-year-old was unquestioned, with placings in the Blue Diamond and Golden Slipper, before the most breathtaking win in the Sires Produce to round out his campaign.

He suffered a minor setback before his resumption at 1200m in the Run to the Rose, but put those qualms behind him with an authoritative win there. While the margin wasn’t huge, he did enough carrying top weight with the promise of more to come.

Everything about Anamoe says he’ll be better at 1400m this time out, he has proven adept on top of the ground and with the cut out so no conditions will faze him, and he has drawn a nice middle barrier to give James McDonald options when stepping out of the machines. He should be able to sit midfield or just worse, with a nice bit of cover and be given every chance.

Can anything from the Run to the Rose turn the tables on the Godolphin colt? There are three rivals here to try. 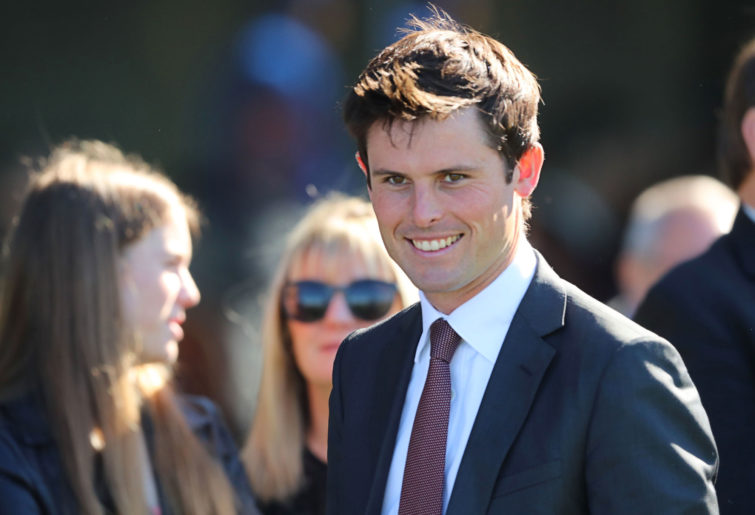 In the Congo is underrated in the market again, once more hovering around a double-figure quote. He’ll lead this field, and give another tough and honest performance while being difficult to catch. If you don’t like taking red figures about the favourite, you can do worse than back this horse the place.

Remarque is another one of these spruik horses that the Hawkes yard seems to produce, long on talk and short on results. Anamoe has had his measure twice across their careers, and he’s yet to remotely prove that 1400m is suitable.

Captivant was a consistent three lengths off Anamoe in the autumn and appears to still be in that boat. While his second-up run in the Run to the Rose was a bit basic ridden more forward, his first-up run was more than sound. He may well be looking for further now, but it wouldn’t surprise to see him run well at big odds.

The second-string Sydney form produces the likes of Tiger of Malay, Giannis and Royalzel, who clashed in the Dulcify last start with not much between them. Giannis was stylish in victory, Tiger of Malay was good with weight, while Royalzel is still improving and should be a fraction of his current $81 quote. It is hard to see them testing Anamoe though.

Writing off Chris Waller in these grand finals is folly, but Coastwatch couldn’t beat Tiger of Malay when getting 8kg’s off him first-up. Moridan would need six legs to be competitive. Hilal is yet another Hawkes runner that gets beat a lot at short odds.

That leaves three horses to try and upset Anamoe, each of them bringing something different to the race.

Artorius had Anamoe’s measure in the Blue Diamond, beating him fair and square after sprouting wings in the last 100m and leaving all others standing. It was as dynamic as a win as you see from a juvenile. His return in the McNeil Stakes was superb, savaging the line late – we saw that form franked at Caulfield last week with wins to Lightsaber and General Beau, who both finished behind Artorius.

Artorius was second again last start, not quite getting the job done when the race looked all his. Has carrying full penalties of 59.5kgs just stopped him at the end? Does he not quite love the end of 1400m? He gets another chance to show off his wares.

Two fillies are contesting the Golden Rose this year, still looking to break the duck for their sex by winning this race in the spring.

Jamaea is underrated for a filly that’s won a couple of Group 2s and been placed at stakes level twice more. Her three wins have come at SPs of $7, $17 and $21. She’s got a big finish on her, and could well be a fly in the ointment for some of her more regally bred opposition.

Startantes has won five of eight up in Queensland for Rob Heathcote, and comes in here off three wins in a row. Two back she claimed the scalp of Alpine Edge, who was competitive in the Guineas Prelude last week. Tying all that form together does make her look a few lengths inferior, but she’s on the up and deserves her place.

In the Congo is the natural leader here, probably stalked by Tiger of Malay, neither of which should have to do too much work to take up the one-two in running. Hilal might push across from a wide barrier.

Opposition jockeys will be looking to keep James McDonald posted three wide on Anamoe, but if he slots in and gets cover, it should be game over.

Selections
1. Anamoe
2. In the Congo
3. Artorius 4.Tiger of Malay

There is a keen support card to be run with a few horses to keep an eye on.

Entriviere is a Kiwi mare making a name for herself and an Everest slot wouldn’t be out of the question if she dominates the Golden Pendant against some smart opposition.

The Shannon Stakes is a last chance saloon for horses looking to win a ticket into the Epsom, and the Colin Stephen fulfills a similar role in regards to the Metropolitan. Admittedly these races look like the B-form into those big Group 1 handicaps, but will be competitive betting events.

The three-year-olds have a couple of races to stamp their cases for future spring glory too, the Heritage Stakes for the sprinters and the Gloaming Stakes for those on the way to the Spring Champion and perhaps a VRC Derby. Paulele looks extremely well placed in the Heritage, but has been priced accordingly in early markets.