Who will bring the carnage in the NRL grand final?

And so, as the prophecy foretold, it has come to this: sudden death, instant death, extremely painful and bloody death, if you will, it’s grand final time of this our 2021 NRL Premiership.

The last two standing finished top 4 on the NRL ladder and after causing two upsets there can be no argument that the Souths and Penrith pit the best against the best and forget the rest. And all that “Prophecy”? Granted, the structure of the NRL’s finals draw is not really a prophecy given it’s been in place since they brushed the McIntyre System in 2012. Regardless, a blockbuster awaits.

Actually – there are two: a major motion picture called Venom: Let There Be Carnage will hit cinema screens November 25 where the fierce rivalry encapsulating the film is akin to that of a Souths-Penrith battle.

In the upcoming Carnage flick, Eddie Brock (Hardy) – host of an alien called “Venom” – is trying to reignite his career in journalism by interviewing serial killer Cletus Kasady (Woody Harrelson), the host of a similarly super-powered alien symbiote called “Carnage”. The star of the movie is Venom, who is nine feet tall and would weigh perhaps 225 kilograms. He has massive shoulders and is very, very strong with menacing eyes and a long tongue. With super-strength, extreme agility, shape-shifting abilities and what appear to be 40,000 extremely sharp teeth, he is a frightening proposition in full flight. He is Penrith Panthers backrower Viliame Kikau. 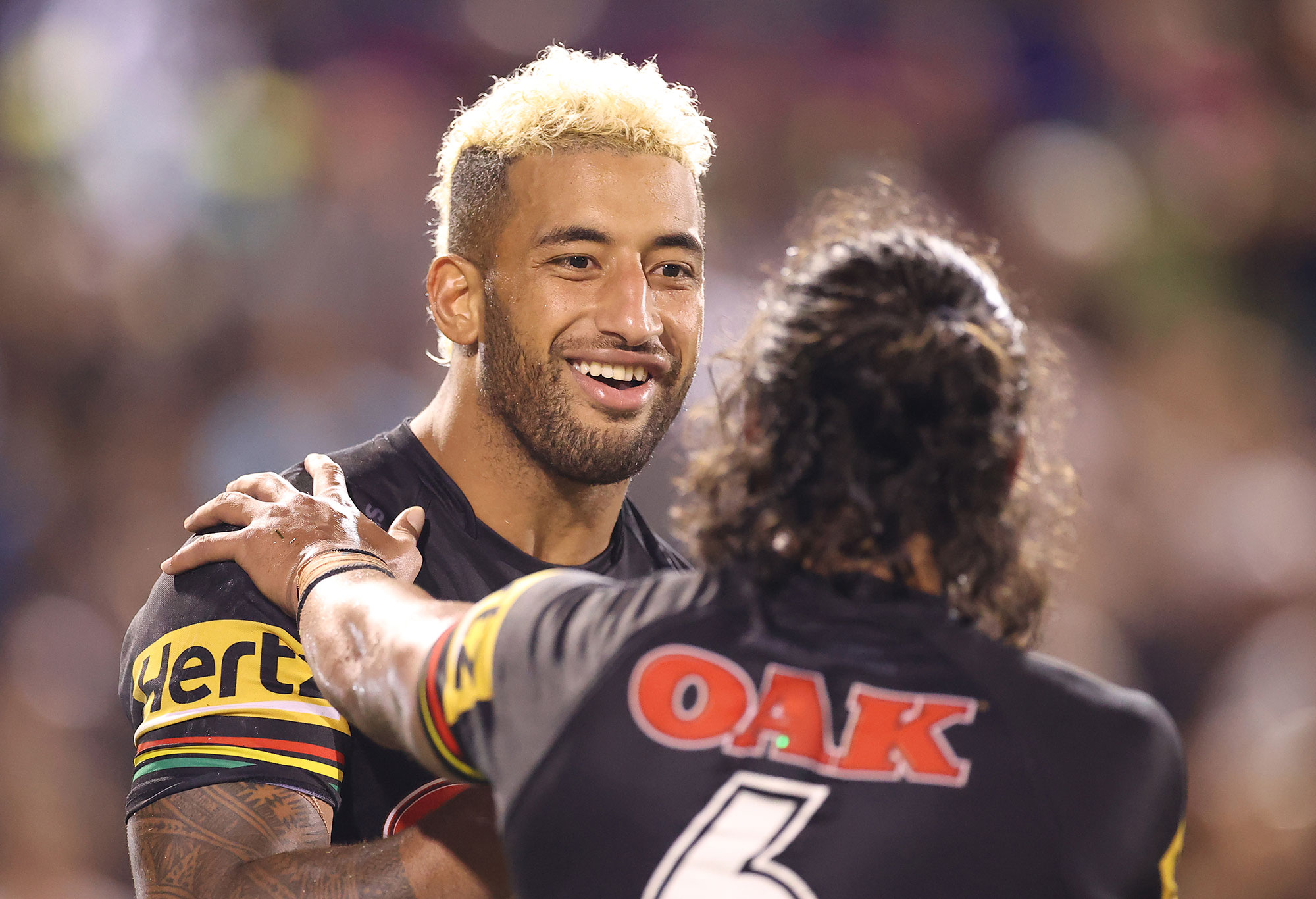 Let’s channel Matt Nable from the telly in one of his Fox Sports monologues: How about Venom? Super strength, agility and shape-shifting abilities. And what about all those teeth? On all fronts our man Kikau goes tick, tick, tick – boom. The man is enormous, for one, and stronger than many horses.
He is also agile like a much smaller and more nimble man. Think Tyrone Peachey in the body of Gorden Tallis. And a shape-shifter? Kikau shifts shapes, alright, namely defenders out of his gosh-darned way. So yes: Kikau is a scary proposition. Kikau is Venom.

In the red corner is the other guy, thing, whatever he is, alien symbiote looking to inveigle himself into a human host, Carnage, who is like Venom except more dangerous and bad. He has tendril things that shoot deadly projectiles. He has the ability to heal very quickly. He is meaner and smarter and plays dirty pool. And straight into my mind, as if unbidden, came South Sydney’s Cameron Murray as Carnage. 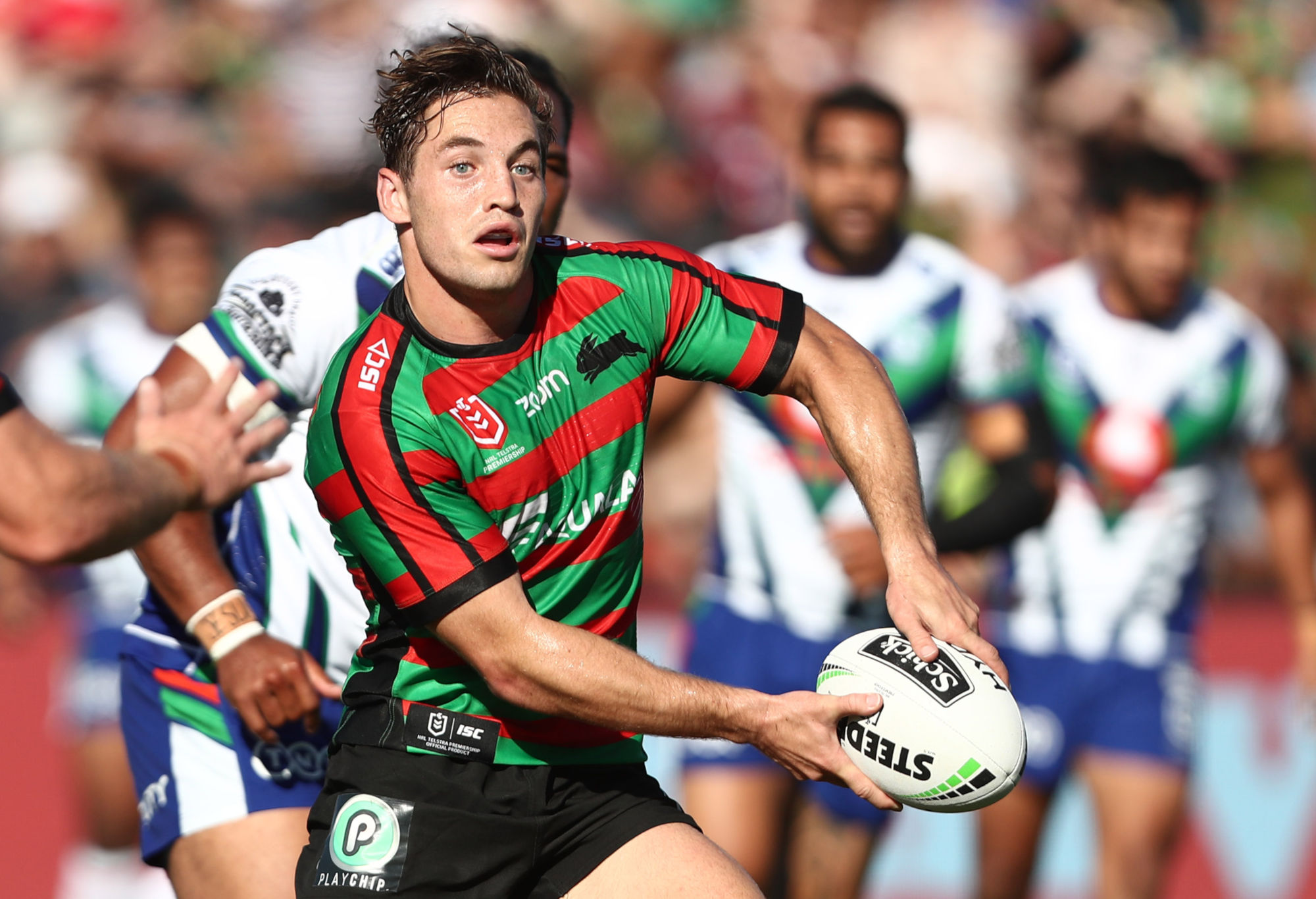 Murray will be looking to make his mark on Sunday night and for the purposes of this bit of whimsy, we’ll give him the antagonist’s lead as Carnage in the action-charged melodrama.

Murray is a former schoolboy rugby union centre who shape-shifted into a free-running, ball-playing, all-action backrower. He shifted from junior Rah-Rah to State of Origin superman. Inyour best Nabes: ‘Who does that? Nobody does that!’ Murray is agile and strong and a massive factor in the middle for South Sydney, particularly his quick play-the-ball which causes, oh yes, so much carnage in the opposition’s engine
room.

Yet Murray’s main job, as it will be for all of his fellow red-and-green symbiotes, will be to get up on Kikau, and get in his proverbial face.

It’s Souths vs Penrith. It’s Murray vs Kikau. A game within a game to decide the grand final.

Venom: Let There Be Carnage
Tom Hardy returns to the big screen as the lethal protector Venom, one of MARVEL’s greatest and most complex characters. Directed by Andy Serkis, the film also stars Michelle Williams, Naomie Harris and Woody Harrelson, in the role of the villain Cletus Kasady/Carnage.

Venom: Let There Be Carnage is releasing exclusively in cinemas from November 25 and thanks to Sony Pictures Releasing, you can win tickets to catch it on the big screen by clicking here.