In their last nine games of the season, they won just two games, which were in Round 18 and 19 against the Crows and the Saints. During the same time period they lost seven out of nine games, of which they lost four by at least 38 points, which means that they may need to rebuild.

The Eagles only had four players that featured in all 22 games in season 2021. Those four players were: Dom Sheed, Nic Naitanui, Tom Cole and Jack Darling. At the other spectrum, they only had three debutants and two players who came from other teams in the trade period, which were Alex Witherden from the Lions and Zac Langdon from the Giants.

To be eligible for selection, it’s essential that each player selected featured in at least five games in season 2021. Here are the five players and an honourable mention selected, which the Eagles could least afford to lose based on their performances this year.

5. Jack Darling
Darling featured in all 22 games in season 2021. He was the Eagles’ leading goal kicker by one goal as he finished with 42 for the season, which was one more goal than Josh Kennedy. To go with that, Darling averaged the most contested marks of any Eagles player with an average of exactly two contested marks per game. He was a pivotal part of the Eagles structure, as he played centre half forward. 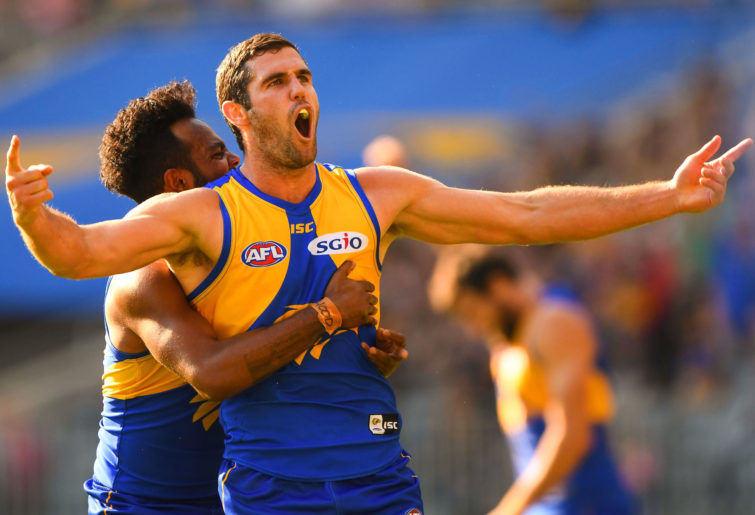 If he hit the scoreboard more, he may well have been a more valuable player for the team.

2. Jack Redden
Redden finished fourth in the Eagles’ best and fairest for season 2021. That’s despite the fact that he only featured in 18 games, one of which he was subbed off due to injury. He had an extremely consistent season; he averaged the third most disposals on average of any Eagles player per game and also worked hard defensively as he averaged the third most tackles of West Coast player per game.

1. Nic Naitanui
Naitanui was obviously the player that they could least afford to lose as the only other experienced No.1 ruckman was Nathan Vardy, who retired at the end of 2021. Being selected in the AFL All Australian team on the interchange bench showed what a valuable player Naitanui was for the Eagles.

He averaged the second most contested possessions per game and he averaged the most clearances of any Eagles player. He is a player who the Eagles couldn’t do without in season 2021.

The West Coast Eagles are coming off a very disappointing season. After making the finals six seasons in a row, the Eagles finished in ninth position with just ten wins and their first loss to crosstown rivals Fremantle since 2015.