Unsurprisingly, there were few changes on the tipping leaderboard last weekend with both favourites picking up victories.

Everyone got two from two, apart from Mary who stayed faithful to the now-eliminated Parramatta Eels.

That leaves The Barry and The Crowd tied, with David four tips back. There are three games left in the season, as well as a handful of exotic tips on grand final day.

The preliminary finals get underway with what is likely to be a high-scoring contest between the South Sydney Rabbitohs and Manly Sea Eagles.

The Rabbitohs have had a week off, however, will have to deal with the Tom Trbojevic show.

Saturday afternoon brings us an earlier kick-off to avoid clashing with the AFL grand final, as the Melbourne Storm host the Penrith Panthers in a clash which was supposed to be the grand final, but was brought forward by a week following South Sydney’s surprise qualifying final win over the men from the foot of the mountains.

Remember to get your tips into the form below by 6pm (AEST) on Friday evening to join The Roar’s NRL tipping competition for 2021 and be featured as part of the Crowd’s tips for the preliminary finals.

Tips: Rabbitohs, Storm
I think the Parramatta-Penrith game will be all the excitement we’re getting until the grand final because these two games are going to be beltings.

Manly are going to have real problems containing Souths if Brad Parker is out, because Cody Walker and Adam Reynolds are going to point all traffic at Moses Suli and Jason Saab. 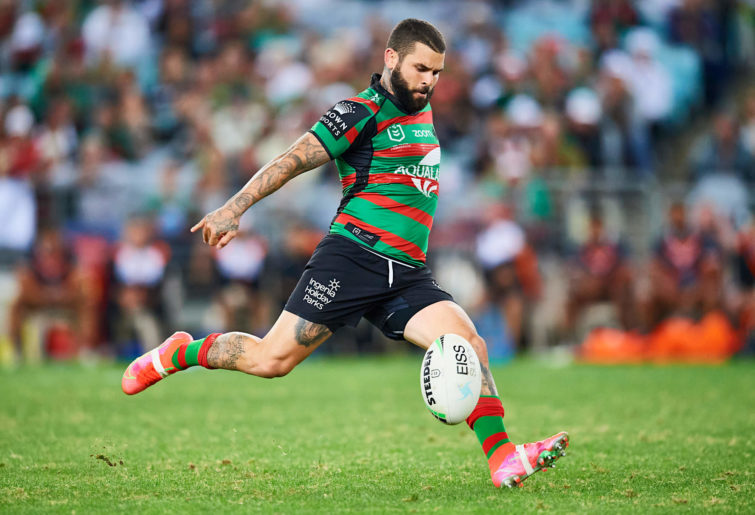 The only way I see Manly hanging around is if Souths want to make it a trench fight like they did to contain Penrith in Week 1, and surely Wayne knows his squad is better directed at attack this week.

Manly’s defence was much better last week and Tom Trbojevic got loose to make an impact, but I’m not sure they’ll be able to scramble so well to cover Souths spread of the ball.

It’s in the Bunnies’ interest to try and kill this early because Manly are a proud club who, if they’re given a sniff, will make you hurt. Having said all that I don’t see the Sea Eagles breaking through for their first win against a top-four side in 2021.

As for Melbourne and Penrith, the grand final we were all expecting, it will be a miracle if Penrith win. Melbourne are at full tilt, rested and have more experience doing the business in this situation than almost any club in history.

The Panthers are beaten up and sooking, already complaining about the referee appointment and how it advantages the Storm. News flash – the Storm don’t need refs to beat you by 40. Penrith have beaten Melbourne a grand total of four times out of 17 tries since 2011, although the most recent was Round 3 this year (ignore that Melbourne won the return bout 37-10).

The Storm are too big, too strong, too fast, too clever and too cheeky. They’ll make this game dead fast, then watch the Panthers bake in the afternoon sun.

Tips: Sea Eagles, Storm
Only three more games to go – as much as I’ve moaned about the footy this year – and I have – I’m going to miss it.

What an intriguing weekend this will be.

Friday night sees the Rabbitohs taking on the Sea Eagles. Both teams have looked off the pace at various times. Manly had their disastrous start to the season and last week’s win against an under-strength Roosters was their first in seven attempts against top-five sides.

Souths have regularly run up scores against lesser teams, but had 50 put on them by the Storm and Panthers in quick succession. Yet, here we are – one of these teams will be competing for the premiership.

Franking a form line here is pretty tough. Manly were victims of a Week 1 Stormolition, but immediately turned the tables and toyed with the Roosters. Are they genuine contenders or flat-track bullies? 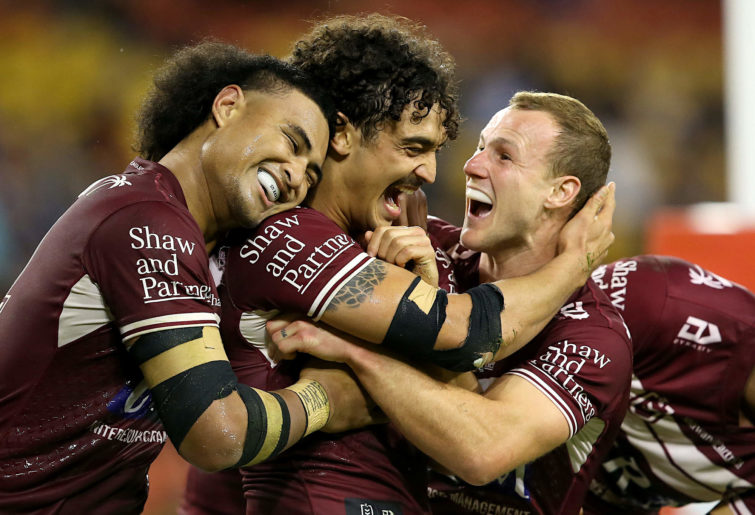 For their part, the Rabbitohs have traded on their attack all season. “We don’t care if you score 20, we’ll put 40 on you.” That style of footy isn’t often successful in September, though, and when Latrell Mitchell flushed his season, it looked like he’d taken Souths’ with him.

But they showed up in Week 1 with an absolutely inspiring semi-final style defensive effort against the Panthers. But with the Panthers only scoring eight last week, was it their flat attack as responsible as Souths’ inspired defence?

All this is prevaricating though as I find this a genuine coin flip. Forced to pick (and I am), I’ll lean towards Manly by a bit of Turbo magic.

The game that earlier in the season most people had pegged as the grand final comes a week early. Mid-season both these teams were flexing hard and putting scores on all comers. Both had a large Origin contingent. That’s new territory for the Panthers and Ivan Cleary but business as usual for Craig Bellamy and his Storminators, and it’s shown since.

The Storm have cruised into September, swiftly set aside the team most likely in Week 1 and had a week off to get set for yet another long weekend appearance. The Panthers have struggled for mojo, battled injuries to key personnel and wobbled their way through a 1-1 September.

The Panthers have a gun side and their defence is still firing, so maybe this has the makings of a classic ambush. I don’t see it that way, though.

The Storm’s defence is just as good and their attacking is humming. Threats all over park and on the bench. While I can’t see the Penrith getting flogged, I see the Stormnado getting to an early lead and not taking their foot off the throat until the job’s done.

Tips: Sea Eagles, Storm
The first match this weekend strikes me as one which should be very entertaining, as long as Tom Trbojevic puts on his normal performance, rather than one he dished out against the Storm in the qualifying final a fortnight ago.

Even with Trbojevic at full flight, though, the Rabbitohs remain an excellent chance.

Their defence was superb against the Panthers a fortnight ago, and they will be well-rested. No team has made the grand final without a week’s rest since the Cowboys did it in 2017.

History, a dominant left edge and Cody Walker are all working against the Sea Eagles, however, the forwards of Manly were superb last week, and if that continues, there is no reason Trbojevic and Daly Cherry-Evans can’t find a way to pick up the win, so I’ll take the upset.

In the other game, though, it’s hard to see a way the Storm don’t progress to the grand final. Penrith have been clunky in attack at best the last two weeks, and while there is no reason they can’t return to their best, doing it against the Storm will be a serious challenge.

Melbourne have been at their fiery best and have had the week off. They blew Manly off the park a fortnight ago, and did similar to the Panthers last time the two sides met.

With the Storm at full strength, they will win and win well.

Tips: Rabbitohs, Storm
Well, we are just three games away from the end of the season and I am going to need a minor miracle to knock over the Barry and the Crowd now. I need to talk to Scott about perhaps adding on Bathurst, the T20 World Cup, the Ashes, that type of thing. Just keep going until I get in front… simples.

On the footy front, we have got two exciting prelims this weekend. My first thought was these are both 50-50s, my second thought is that you never ever tip against the team that’s had the week off to rest and recuperate.

We get the Rabbits and the Sea Eagles first up on Friday night. The Rabbits were really impressive against the Panthers, and it was their defence that stood out the most.

For most of the year, the Rabbits have just backed themselves to score more points than the other team. Defence didn’t seem a focus. That all changed against the Panthers. The question is whether Wayne Bennett can get his team up to do it all again.

After being a self-proclaimed herd of deer in the headlights against the Storm, the Sea Eagles dismantled the Roosters last weekend. The Sea Eagles pack got on top and DCE and Tommy Turbo had days out. 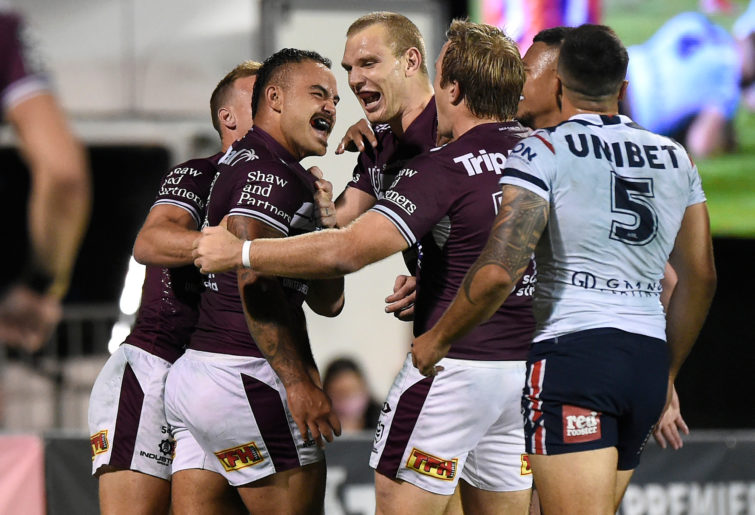 If the Sea Eagles have a weakness, it is their right edge defence. Unfortunately for them, the Rabbits’ left edge attack is one of the best in the competition.

I think the Souths pack will at least share the honours with Manly. If they do, they will continue to go at the Sea Eagles right edge and it will eventually tell.

The Rabbits in a tight one.

For the second prelim, we get afternoon football. The Storm and Panthers were just about everyone’s pick for the grand final. Only one of them will get that far.

The Storm looked like premiership winners against Manly. They blew them away early and then eased into a slow torture of Manly’s soul.

They give you nothing and then have a number of match-winners in attack. The return to form of Ryan Papenhuyzen would also strike fear into the remaining teams. Josh Addo-Carr is back and the Storm are at full strength.

The Panthers fought hard for the win against the Eels but it still appears their mojo has deserted them at the worst time of year.

Jarome Luai, Viliame Kikau and the remaining edge players need to regather their confidence in record time this week to challenge the Storm. If not, the Storm will be too good.

Fatigue has to be a factor at the back end of this one. I think the Storm will win the premiership again and, for that to happen, they need to win the prelim. They will get home by a couple of converted tries.

Tips: Rabbitohs, Storm
If you are a Panthers fan, there must be some slight apprehension given the lack of points in the last two weeks. I’m tipping the Storm here because they have been the most dominant team all year by far and will have benefited from a week off.

Penrith will be bruised and tired after a physical match against Parramatta. I can’t see them doing enough to beat the Storm.

This may sound clichéd, but this game will be won in the first 20 minutes. Manly are not flat-track bullies, but if they are on top after 20 minutes have a habit of going on with it.

Souths have demonstrated these last couple of weeks that their defence is good enough to match it with the competition front runners. No doubt they will start the game physical and tough. If that happens, Souths go on to win the footy game.

Remember to get your tips in on the form below by 6pm on Friday to be counted as part of The Crowd for this weekend.