It’s Week 2 in the QRL finals for 2021 and with the cancellation of NSW Cup and subsequent postponement of the NRLW, the QRL finals will be showcased this weekend and on grand final day, live on Channel Nine and pay-TV.

With that mind, I thought I may offer some context to QRL finals, and introduce some names to look for in these games.

Norths Devils finished six points clear on top of the table. Last week, Nine showed the Norths-Tweed Seagulls game. When winger Johnathon Rueben pulled off a spectacular flying try in the 76th minute, he sent Norths straight to a prelim final on NRL grand final day with a six-point win.

Wynnum Manly, who finished second on the ladder also edged past the Burleigh Bears when fullback Selwyn Cobbo halted a strong charge home by the Bears when he attacked a grubber and sprinted 70 metres toward the ‘Chook Pen’, full of Wynnum fans losing their minds. They will be there on NRL grand final day as well.

It’s fitting that the top two teams made their way through but this has been a tight, lockdown affected, 19-round season with only six points separating second from ninth. Keep in mind, these are still feeder clubs to the Warriors, Storm and the three Queensland clubs, so some players have come and gone as their NRL club required.

That leaves this weekend’s semi-finals to determine who will be facing Norths and Wynnum on our screens come Sunday week. 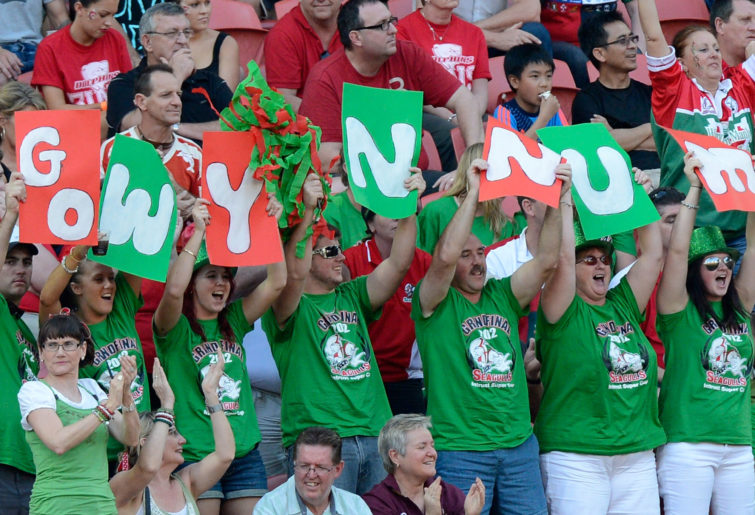 This Saturday will see the Tweed Seagulls face off against the Redcliffe Dolphins: fourth versus fifth and they finished equal on points. Tweed have many names you may know from the Titans.

This one shapes up as a classic battle of the halves. Toby Sexton, the 20-year-old half who showed his impressive skills with the Titans, will be steering the ship for Tweed and he’ll be coming up against one of the craftiest and most competitive halves, Redcliffe’s Cameron Cullen.

As they say in the classics, forwards win matches, backs determine by how much and there’s nothing between these two packs. Tweed are more mobile where the Dolphins, feeder to the Warriors, are big boys with soft hands. Out wide, the size of Treymaine Spry has been causing damage all year with ten tries and ten line breaks in 11 games for Tweed.

My player to watch for Redcliffe, a name known to a few is Jayden Nikorima. He was a late season call-up from BRL to amass five tries, four try assists and three line break assists in four games. Unfortunately for Redcliffe, excitement machine fullback Trey Fuller was injured last week so Jayden fills in at the back and he has shown why a few NRL clubs have shown an interest in him over the years.

Expect this game to be tight. Both are very well-drilled teams but I expect the size and experience of Redcliffe to win their way through.

Our Channel Nine broadcast game on Sunday will be an exciting affair. Burleigh Bears are at home to Souths Logan and there is NRL talent, current and looming, all through these squads. Traditionally a very strong club, Burleigh will be led by their spiritual leader, front rower Luke Page.

After 133 QRL games, how this guy never got a start with the Gold Coast is beyond me. He’s an old-fashioned prop who will give you 130 run metres. Bugger all chance of an offload but won’t miss a tackle. I like him.

Tanah Boyd will be directing play for the Bears and the fact they have been quite stable with a core group of quality players makes them a dangerous team at any time. Watch for their centre, Sami Sauiluma. At 6’1” and 108kg, this 29-year-old veteran will be running out for his 100th game on Sunday and he can be a wrecking ball on his day.

Sauiluma will need to be as he faces off against the hottest young centres coming through the grades for Souths Logan Magpies in Ethan Quai-Ward and Isaiah Tass. Both have been signed to the Broncos development system and you will see why.

This squad, maybe more than most, have suffered from the Broncos revolving door this year with guys like Anthony Milford, Brodie Croft, Albert Kelly, Jamayne Isaako, Jack Hetherington, Corey Oates and Cory Paix coming and going between teams. However, all eyes have been on young star half Ezra Mam, my player to watch.

Just 18 years old and in his debut year he stood up as one of the most dynamic halves in the competition. The clip below is his debut game and it all carried on from there. I don’t want to make comparisons but I feel you will enjoy watching this kid play.

This game will be very contrasting. A stable, well-drilled and experienced Burleigh outfit have been to this dance plenty of times and know what is required. They will give Souths Logan nothing and still want change.

The Magpies are young, confident and exciting. They won’t win through gritty defence but they will score from anywhere on the park given the slightest chance. I think the Bears may get the chocolates in this one just through consistency but if Souths turn it on, it will be a cracker of a showpiece.