A Bedouin was entering the desert with his camel when a tourist asked him why a camel rather than a horse.

“Surely the horse can get you to water faster than the camel.” the tourist said, to which the Bedouin replied, “Then please join me on this journey with your horse, and when I get to the water I expect to see you waiting for me”.

Well, as sideline spectators we always think we know better – we offer all sorts of advice but never really experience the journey, never really walk in their shoes.

Springboks coach Jacques Nienaber, after all, should be very knowledgeable about the hostile territory he and his squad are about to enter.

No other Test side comes close to being as intimidating and inhospitable as the All Blacks during a match. The haka aside, they are a cohesive until that will run at you for every second of the 80 minutes.

You’d have to dig deep to find a match when they last attempted to run the clock out to secure a victory. 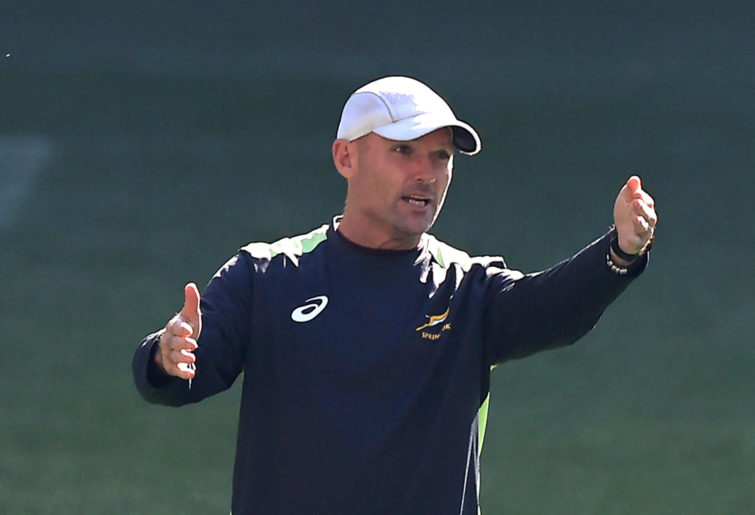 Nienaber, we should remind ourselves, has been entrusted with determining who will suit up for Saturday’s 100th Test match between the Springboks and All Blacks. Who are we, mere mortals, to question why players such as Elton Jantjies should be on the bench?

Since 2016, Jantjies has played against the All Blacks five times. On 7 October 2017 he played a full 80 minutes and managed 2.3 metres. That’s for the entire match.

Less than a month earlier that year he played 60 minutes against the All Blacks and secured one metre. He then played 33 minutes on 15 September 2018 and had no metres.

Statistics aside, looking at the squad that was selected for this coming Test match, questions abound.

Duane Vermeulen, coming off a long-term injury, is clearly not match fit. Ulster may have signed the 35-year-old for arguably the last two years of his career, but that offers little solace this Saturday when the Boks will need the Vermeulen that showed up in Japan back in 2019.

Then there’s the question of what Francois Steyn brings to the table. When a coach talks up a player’s ‘experience’ in today’s modern era of rugby it’s essentially a euphemism for not really trusting anyone else to play better than he can. Of course the solution is simple yet, for South Africa, very complicated.

All this has resulted in a weak farm system that is supposed to cultivate the next generation of superstars.

Perhaps Neinaber knows more than we all do, but I still can’t help thinking that just maybe his camel may really be a horse.