The Globalisation and World Cities Research Network is a renowned international think tank that rates economic relevance and connectedness of cities worldwide from A++ down to Gamma-.

Yet despite the Alpha rating Sydney shares with heavy hitters stretching from Moscow to Mumbai, there’s something oddly Gamma about its favourite sport.

Even the staunchest rugby league enthusiast tempers their promotion of the game when its internationalist credentials are broached, using expansion as a point of difference to AFL rather than a boast.

No doubt highlighting tentative tendrils into exotic locales like Lebanon and Ghana seems trivial compared to the domestically ever-expanding AFL that’s indigenous to Australia while indifferent to foreign treasure.

Yet for all its accolades as an eminently liveable sporting and cultural node, Melbourne isn’t talked about or categorised as a true global city.

Ironically, it’s Sydney looking over its shoulder. NRL headquarters is plotting a 17th-team buffer zone in south-eastern Queensland to halt the AFL advance.

What other global city so tenaciously follows and defends a sport that’s neither endemic or popular throughout vast tracts of its own or any other country?

Even in rugby league’s English birthplace, the Super League retreats into its northern heartland and summer to avoid the shadows cast by the EPL and Premiership Rugby.

Toronto and Montreal are Alpha and Alpha- cities respectively, similar in size to Sydney and Melbourne, with a rivalry rooted in French and British colonial ambition.

Within living memory, differences have escalated into terrorist violence and the near succession of French-speaking Quebec from Canada, yet the two remain in communique via the NHL.

Sydney and Melbourne could also have been bound by a common winter devotion but for the vagaries of history.

With rivalry between the two colonies already festering local authorities forbade the use of Sydney parkland for the interloping Victorian lark.

Matters were further complicated early next century with the splitting of rugby into union and league along class-inspired amateur and professional lines. 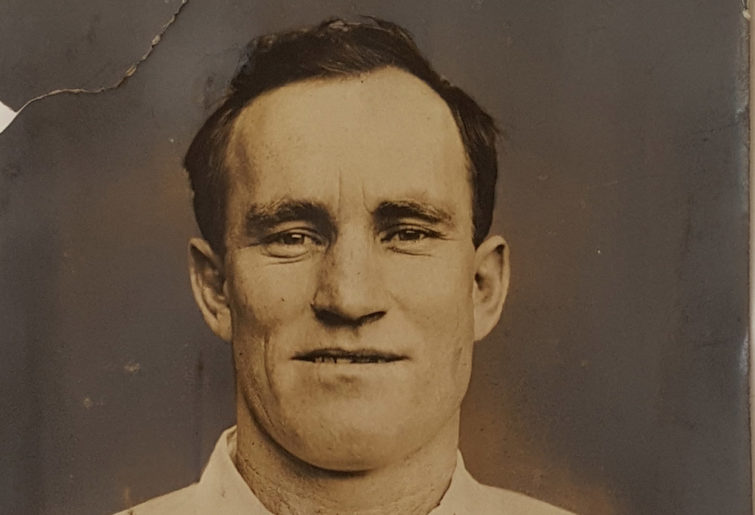 In a sliding codes moment, Sydney could have either embraced Australia’s own game or given priority to an inherited one that would be played by presidents, prime ministers and stately All Blacks alike.

In 1982 the Sydney premiership began to expand beyond city limits to include Canberra and Illawarra, then later interstate franchises. But by doing so, the big fish must have realised just how strangely small the pond had been.

Whether it be NFL in New York, sumo wrestling in Tokyo, basketball in Beijing or the Tour de France culminating in Paris, all the great cosmopolises embrace sports as broadly popular and/or unique as the cities themselves.

And then there’s football – still soccer to some – that overarches all.

Accordingly, the term ‘football’ has faded from the Sydney rugby league fan’s lexicon, leaving even the diehard to accept ‘league’, ‘NRL’ or ‘footy’ as the designations, the latter begrudgingly shared with AFL.

It is acceptance that’s at the heart of Sydney’s relationship with rugby league. Acceptance that traditional rivals merge to survive, that the Melbourne Storm win with imports alone and that 5000 at Leichhardt on a sunny afternoon will never beat 50,000 at Anfield on a gloomy one.

It’s also why Melbourne Storm’s qualifying final was moved to an earlier time slot to avoid clashing with the 2021 AFL grand final at the behest of league fans after the NRL initially drew a bloody-minded line in the sand.

From craft beer-sipping hipsters at Henson Park to Rooty Hill roofers rooting for the Panthers, there’s a comfortable, perhaps defiant, understanding that, outside of the peninsula, Peter Peters will never be compared to Pele, or Tommy Turbo to Tom Brady.

They may not be discussing the wrestle in Rio or the Magic Round crackdown in Milan but in what other Alpha town are you just as likely to see a former star having a beer as pulling one?

Perhaps it’s this connectedness at the heart of the unusual relationship between Sydney and footy that befits an Alpha city, even if COVID concerns have moved this year’s grand final to Beta+ Brisbane.

The new coach was also quick to dismiss the idea that the new side will be a direct rival for the Broncos. 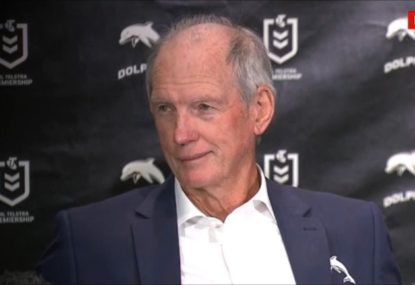 As Wayne Bennett embarks on building a playing squad that will ensure the Dolphins hit the ground running in their maiden NRL campaign, the veteran coach says culture will be the driving factor in his recruitment.