Not just nationally but across the globe, she is an inspiration and record breaker in all facets of the game.

The all-rounder is the first Australian cricketer to take 100 wickets in T20 international cricket, and the first to play 100 T20 games. There is no doubt at all she’s a superstar – but in a developing younger side, does Perry hold her ground?

Perry began her second ODI on Friday better than her first, however the pressure is building from all sides of her bowling game. There is absolutely no doubt that Perry still has it when it comes to the bat.

Everyone knows what she can do and will continue to do despite her unlucky run out under the lights. Perry doesn’t sit as the front woman of Australian women’s cricket for no reason. 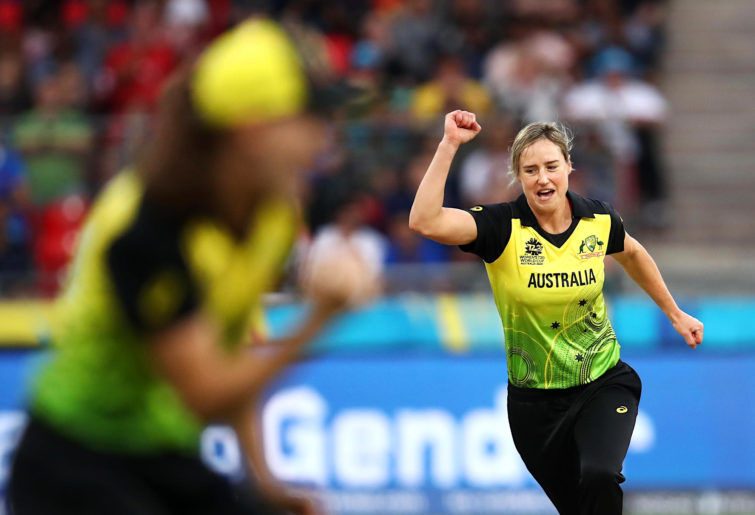 Has her time opening the bowling for Australia been put behind her? There’s no hiding from the numbers when it comes to the ball in hand, and Perry’s extra count and economy for these first two ODIs doesn’t leave much to the imagination.

Meg Lanning had the pick from eight bowlers against India and again went in with Perry to open on two from two occasions. Opponents had full control of Perry from the start, which set the tone. With 0-73 off the first ten overs including Perry’s first four, India were in control.

This strong Australian side were under the pump from the beginning, and when the question pops up ‘who do you give the ball to next?’ I’m not convinced that Ellyse Perry is your answer at the moment.

With the addition of youngsters Darcie Brown and Hannah Darlington making a splash and both taking multiple wickets in the first ODI, the future looks bright. Tayla Vlaeminck is also making her way back from injury and is named in the 18-woman squad for this tournament, dealing with some niggling injuries.

There are a lot of young bowlers putting pressure on the veterans of the squad. Jess Jonassen and Megan Schutt are both outs for this tour and their experience is sorely missed, however these youngsters are making their case to stay.

With the middle order being taken up by the many other options that Lanning has, it appears that Perry has the new ball or near none at all. That first ball is critical, and a good start is important in all forms of the game.

Perry hasn’t had many opportunities outside of the nets prior to the squad landing in Queensland and it’s clear she is still finding her groove this tournament. As frustrating as this may be for the all-rounder, her pace isn’t quite matching what Brown is bowling at the moment.

Perry has rarely been handed the ball during the middle and death overs of a game, space that Megan Schutt normally takes up so well. The noticeable absentees of Jess Jonassen and Schutt that aren’t available for selection are giving these youngsters an opportunity and yet putting that pressure on the likes of Perry to fill that gap.

It’s a great challenge that Perry is up for, and we would love to see her start to execute. Missing the T20 World Cup and dealing with that niggling hamstring has provided a few unwelcome upsets to Perry’s game, something that time in the middle should help her overcome.

Australia need to put their best foot forward. We saw what India did with the ball from the start and although Australia walked away with the win, they did it narrowly. Cleaning up this side’s start may involve making a change for that first ball, or it may just take a few days out there for Perry to click into gear.

Perry is settling into bowling out in the middle. I hope to see her taking a few poles soon. Test selection is just around the corner and with a huge summer or cricket ahead for this squad, it’s clear that there are plenty of all-rounders here to prove themselves, and we are excited to see it.