But the most scintillating and exciting fixture comes from the south of France on Thursday (Friday 04:45 AEST) between league-topping Catalans Dragons and Hull KR. The game will produce a new grand finalist in the Super League era, the ninth overall.

Hull KR upset the odds with a 19-0 victory over Warrington, but they will need to produce the mother of all upsets to make their way to Old Trafford. They face a Catalan side fresh off a two-week break after their unassailable regular-season campaign, replete with a several Dream Team players, and buoyed by two victories over Hull KR this year.

Sold-out signs adorn the Stade Gilbert Brutus, the city of Perpignan is distributing flags and T-shirts to residents, and there’s even rumours that the French prime minister will attend.

All the while, on the opposite side of the world, Reece Walsh of the New Zealand Warriors was arrested while possessing cocaine. It unfortunately encapsulated the fortunes of the club, unable to move forward and perennially hamstrung by circumstances. This is not meant to permanently tar a first-time miscreant, let alone the whole club.

What these two unrelated narratives have in common is that these clubs are the sole foreign sides in their respective leagues, introduced a decade apart but under similar circumstances. Their stories provide a useful comparison of relative success and failure.

Judging the Warriors now may seem inopportune, particularly with two seasons of Jacinda Ardern-enforced exile. But their middling muddling isn’t new. Exuding the worst type of consistency, they have been decidedly mediocre for the best part of a decade. In the past ten seasons, they have made just one play-off appearance.

In that same time, Catalans have made the play-offs four times out of ten. They have the 2018 Challenge Cup in their trophy cabinet, as well as this season’s League Leader’s Shield following James Maloney’s last-minute heroics at St James’ Park.

Of course, success is relative. The greater riches and higher quality of the NRL make glory that much more elusive. It’s a sad indictment on the game in the European continent that, on a one-off game, the Warriors would probably put the Dragons to the sword.

But from Auckland’s first foray into the ARL, they have just one minor premiership to their name, and are only one of three sides to have never won the NRL. In a salary-capped league, that represents historic failure on the pitch.

But there’s a strain of thought that says their mere existence as an NRL side is success. With barbed exchanges across Point Danger, the idea of Trans-Tasman fraternalism seems naively innocent.

It would’ve been easy to cut this expansion side during the Super League War, or to reduce their central funding in line with the financially inferior New Zealand broadcasting sales. 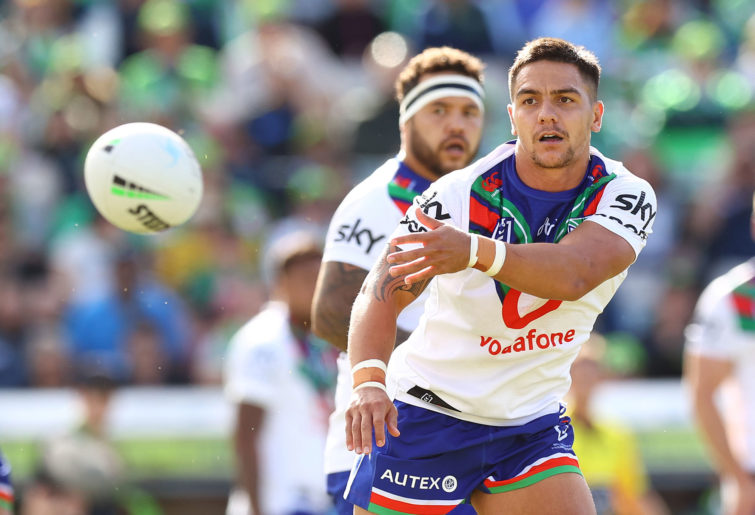 One aspect in which they have been an unqualified success is that of player development. The production line of New Zealand-born players in Australia has increased since Auckland’s initial introduction, in no small part thanks to the efforts of the Warriors.

The same cannot be said of Catalans, until recently heavily reliant on English and Antipodean imports (understandable with the risk of relegation forever present).

But the breakthrough of several young stars, the growing exodus to English clubs, and the probable promotion of Toulouse should all ensure that this meagre return soon improves.

Speaking of which, the positive vibe around French rugby league looks set to ride higher still. Toulouse Olympique are heavy favourites to gain promotion to the Super League, just two play-off fixtures against part-time sides from the promised land.

This is in the wake of their compatriots. The equivalent would be the Warriors spawning a side in Hamilton that simply could not be ignored for NRL inclusion. Viewed in that context, it makes their mid-table finishes seem somewhat tame.

There are only seven countries in the world with professional or semi-professional rugby league sides, and only four for top-flight teams. For the long-term health of the sport, club sides outside of Australia and England need to not only survive, but transition into thriving operations that pave the way for more sides.

The fact that the Warriors are seemingly secure in their NRL status, enough to be demanding more than mere existence, is enough for now.

Here’s to the next 25 years of the New Zealand Warriors. Hopefully they’ll be allowed home by then.