Winning is a drug.

Basking in the golden glow of their unbelievable 74-point demolition grand final win, Melbourne All Australian and premiership player Steven May spoke with Hodge in Melbourne’s change rooms about winning.

May was swamped by his teammates who were singing, hugging family members, and still coming to terms with the 57-year drought-breaking win when Hodge spoke to him about the desire to want more once you’ve had the taste of winning a premiership.

“I was like, ‘Mate I can’t believe you won four of these’,” May told media.

“And he (Hodge) goes, ‘As soon as you leave here in four weeks, you’re going to want it again’.” 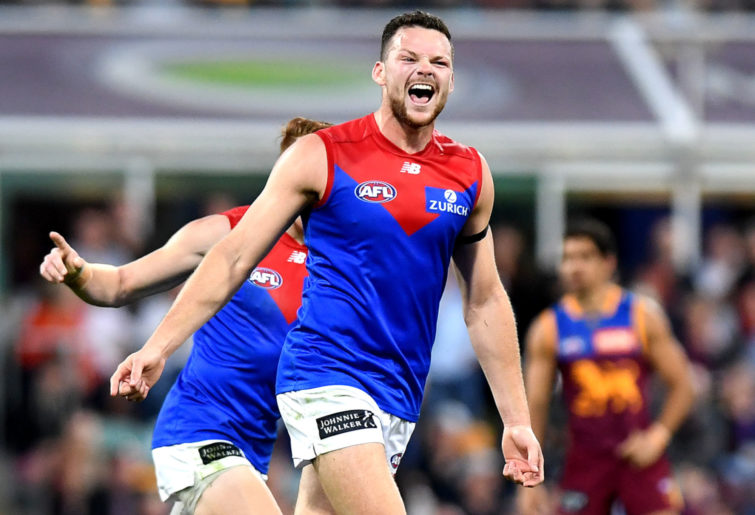 If you look at the football clubs who have been the benchmark dynasty teams since 2000, the likes of Brisbane Lions, Hawthorn and Richmond spring to mind.

What they all had in common, aside from obscene talent, is good health. In those three-peat years for the Lions and Hawks they were able to keep the core list together and injuries were rare.

This year Richmond suffered their worst injury year, and didn’t make the finals. This will be Melbourne’s only challenge: keeping their core together.

Throughout the finals series, Melbourne’s form only got better and more destructive, and no-one predicted an averaging winning margin of 63 points in the finals — 33 (Lions), 83 (Cats), 74 (Bulldogs).

In retrospect, no-one saw this form — essentially beast mode — coming. If you look back during the season, they had dominant patches in games, yes, but most of us glossed over their defensive work and their consistent ability to dry up scoring.

The fact that now they have unlocked ways to score at will — they kicked three goals in 34 seconds at the end of the third quarter — is something that will haunt the rest of the AFL over the pre-season and it begs the question: have we seen Melbourne’s best yet? 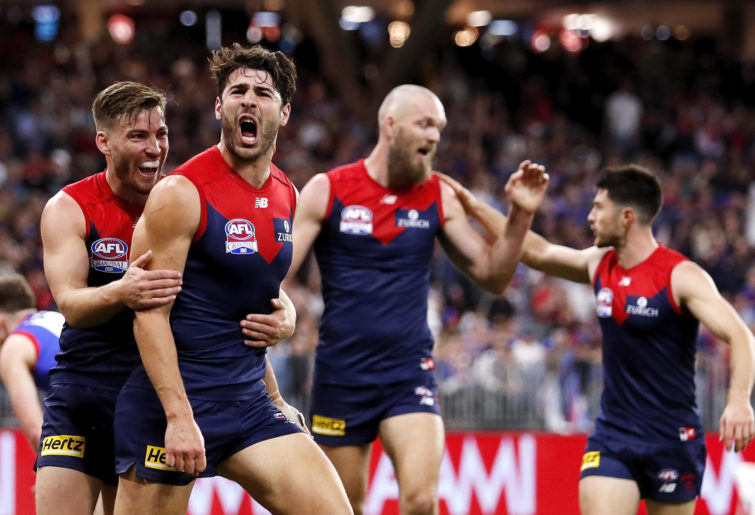 The youthfulness about the Demons gives everyone the impression that a dynasty is highly likely. When you look at their list, there’s a ton of talented 25-year-olds and under that have a lot of football ahead — and some are just starting their careers.

Christian Petracca, 25: He’s the All Australian, the Norm Smith medallist and grand final match-winner. He shifted into Dustin Martin mode and is the new AFL benchmark midfielder. He kicked 29 goals this year.

Jake Lever, 25: All Australian rock and pillar in defence. Consistent, effective and efficient.

Bailey Fritsch, 24: He proved you don’t need to be a mountain to be considered a key forward at 188 centimetres tall. He was a six-goal hero on grand final day, and kicked 59 goals this year.

Luke Jackson, 19: We’ve only seen shades of what he can do, but the future is exciting. Could be the next Max Gawn and evolve into the AFL’s most dominant big man.

And then there’s a long list of important role players like wingers Angus Brayshaw and Ed Langdon, James Harmes, and Alex Neal-Bullen.

As soon as a team wins the premiership, they automatically inherit a blueprint for success. Simon Goodwin mastered this year.

Melbourne’s pressure was elite. They owned the contested ball. They had a functioning forward line that had multiple avenues to goal, kicking goals from set shots, centre bounces, and the chaos ball.

Goodwin has developed a style made for the modern game: the 6-6-6 rule, the new man-on-the-mark rule, defence-first mindset with the ability to attack and score at will.

It’s now on the rest of the competition to figure out two things: how to stop what Melbourne does best but also how to create the next blueprint that will beat the Demons’ system.

But dynasties are hard predict because you need to be able to keep winning finals, stay healthy, and be tactically ahead of the competition. And as Hodge alluded to, you need to stay hungry.

But the way the Demons destroyed the Bulldogs has left everyone in awe much like when Geelong thumped Port Adelaide by 119 points in 2007.

It took Melbourne some eight years to build this team and now they’re only just getting started on perfecting their brand of football. It’s going to take some stopping.

The scary part is that you figure the Demons have more unfinished business to take care of, and that’s the business of winning. Don’t take my word for it, listen to Max Gawn.

“We want to create the best next club,” Gawn told media.