Wallabies pre-dawn: Why learning from the Townsville win is another important step

Wallabies fans are well familiar with the idea of dawn. Unfortunately, it’s most often come from more than a few new dawns over the past decade or so petering out into yet another false dawn.

And we all know that it’s the darkest and the coldest before the dawn, which means that these false dawns and new dawns have been preceded by what we’ve all hoped would be rock bottom.

Such has been this cycle over the years, however, that false dawns have cancelled out new dawns way too quickly. And that many a rock bottom has proved to be somehow deeper than the previous iteration.

So while I’m not game to declare this past month another new dawn for the Wallabies, it does feel like a pre-dawn of sorts.

The darkest of recent dark periods has hopefully gone, and it certainly feels like the team is starting the build something that may well become a new dawn. That’s up to them and we all have our fingers crossed.

It does feel like there’s light ahead. Whether it’s end-of-the-tunnel type of light, or behind-a-cloud type of light we’ll find out in due course, but there’s a definite brightness of some description and it’s a welcome sign. 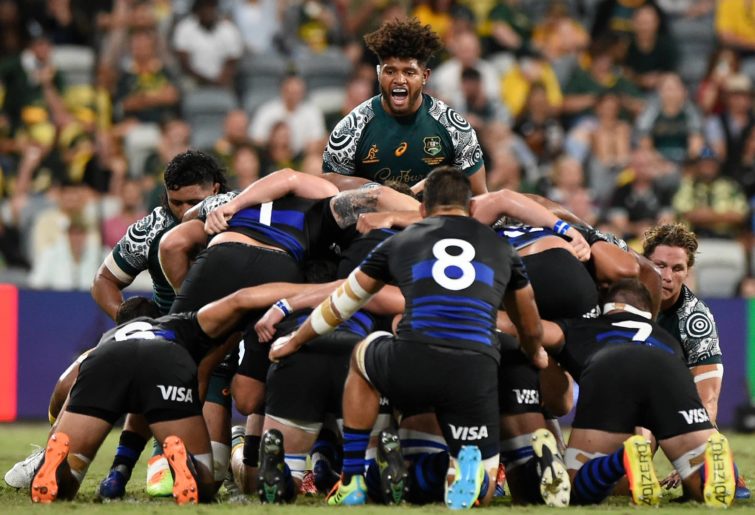 A win in the return leg on the Gold Coast would be the first time they’ve won four games in a row since that same block of games in 2017, covering the Rugby Championship, the standalone Bledisloe, and the first two games of the spring tour.

The Townsville win is notable for both the way the Wallabies got there, and from what they can learn from it.

On how they got there, it’s always pleasing to see a side win a game well despite being a long way from their best. Often, it’s seen as a sign of a good team.

The Wallabies won three tries to one, but conceded 11 turnovers, lost a little ground in terms of recent tackle effectiveness, lost one in every four lineout throws, and conceded 13 penalties.

Obviously, they still did a lot right, too. Thirty-one defenders beaten, ten clean breaks, and six offloads speaks of a side looking to create second-phase opportunities a lot more than was the case in the first Tests of the year. And a 90-plus per cent tackle success rate is still very good.

But I loved that Dave Rennie in his post-match spoke of a stats sheet that gave him, “A chance to be grumpy through the review after a win”.

It was a bit tongue-in-cheek, but you know what they say about the truth and what’s said in jest.

“We had a number of line breaks late in the game where we give it to the guy next to us and we score. In tight games we’ve got to be clinical and that’s something to look at,” Rennie said of the late decision-making with the game already well in control.

One of the really good signs in the Springboks wins was the amount of support around some of the try scorers – often as many as four or five guys presenting inside and outside the ball carrier, well out-numbering defenders. Those tries were going to be scored one way or the other.

That wasn’t always the case when the Wallabies made a break in the second half against Los Pumas, and it was a timely reminder from Rennie.

“From a lineout point of view, they were able to steal a couple. I think we need to play with a bit more tempo – get there, get it in,” Rennie said, and amen to that idea.

The modern lineout looks like it is often being overthought ten metres away on a slow walk in, trying to anticipate the likely moves of defending jumpers, and creating possible angles of attack via the lineout drive, only to end up double-bluffing themselves on their own throw and getting picked off by a quick jumper at the front.

A bit of simplicity might actually be a good thing. Don’t give the opposition time to get set and jump first. Just get the ball in and get on with it.

“We let them in the game with ill discipline there and we didn’t execute our maul that great. We got put to the sword there a few times,” Michael Hooper said, sitting next to Rennie.

I have to admit, I was surprised the penalty count was only 13-11. During the second half, I made note of seven Argentinean penalties between the 42nd and 77th minute, and I’m sure that wasn’t all of them.

It obviously wasn’t the case, but it certainly felt like Matthew Carley was only blowing one way, which says more about what Argentina were doing with these penalty opportunities.

They kicked to the corner well and their lineout drive was precise at times. They would almost certainly have found the line again late in the game had Darcy Swain not pulled off another miraculous maul slaying, while another opportunity to drive from close range was overturned by the discovery of Marcos Kremer’s wayward leg in the direction of Reece Hodge. 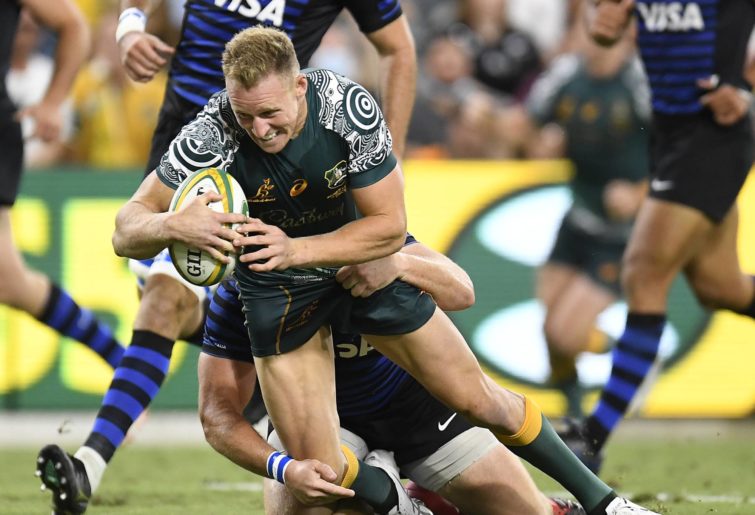 And many of those second half penalties were just silly too: Taniela Tupou getting his hands past the ball on the ground, Hodge making a reflex tackle from the ground, Matt Philip still trying to get at maul ball despite very clearly being sheered off to the side, jumping the gun on maul defence at the lineout. They were all avoidable, and they weren’t really present in the previous fortnight against South Africa.

High standards can only stay high if you maintain them against all opposition.

But the fact we all noticed these things creeping back into the Wallabies’ game is a sign of our changing expectations, too.

The Wallabies now sit five and four for the season, and across this weekend and upcoming spring tour they have a chance to set up not just a winning season, but their most successful seasons in years. And furthermore, it would be a just reward for a group that has had a hell of a ride in 2021.

The likes of Swain and Andrew Kellaway, Len Ikitau, Feleti Kaitu’u, Rob Leota, and even guys who debuted last year like Angus Bell, Tate McDermott, and Lachie Swinton, all have a chance to create a winning habit – but only if they learn from the lapses in Townsville and push themselves to do the little things well, and at the right times.

The best teams don’t take short cuts ever, even when it probably won’t hurt much.

Happily, a few little comments over the weekend suggest the squad is already heeding these calls.

“I don’t know if we can be making calls about future World Cups just yet. We’ve won three games,” Kellaway said in response to a pretty loaded question on Nine’s Sports Sunday the morning after the game.

“Look, it’s important we don’t get ahead of ourselves there.

Damn right. And this from Hooper last thing post-match on Saturday night:

“We’ve had a couple of decent performances.

“We’ll enjoy this one without doubt, but there are no easy Test matches in the world anymore and we want to be proud of the performances that we put out.”

Indeed, skipper. So do we.