Partly, it’s the terminology and analytical mindset of fantasy games and sports betting creeping into the way we talk, think and write about sport.

Whatever the case, statistics make sports journalism both a chore and a bore to read. Just this week, I read that Tom Trbojevic won his Dally M award on the back of 32 line breaks, 131 tackle busts, 31 try assists and 28 tries in just 18 games including finals.

Yeah? Does that describe the way he bobbed up everywhere like an eastern suburbs socialite? The way he’d scythe through defence like the slipperiest centre, then carry three larger men over the line like the strongest second rower?

The way he took the NRL fullback manual that was written by Billy Slater and edited by James Tedesco, and updated it by about five versions in a single season? It was like the guys who make the FIFA video game franchise going, “Screw it, we’ll release FIFA 27 today!”

So too was Benji Marshall’s career pathetically reduced to numbers in an article I read recently. Apparently it was all about his 286 career try-assists or whatever the number was. Is that a lot or a little? I don’t care and neither should you.

Because the career of Benjamin Quentin Marshall, which came to an end in last Sunday’s NRL grand final between the South Sydney Rabbitohs and Penrith Panthers, was only ever about one thing.

That’s it. One word. The wow factor. Wow. Wowsers. How the hell did he just do that? 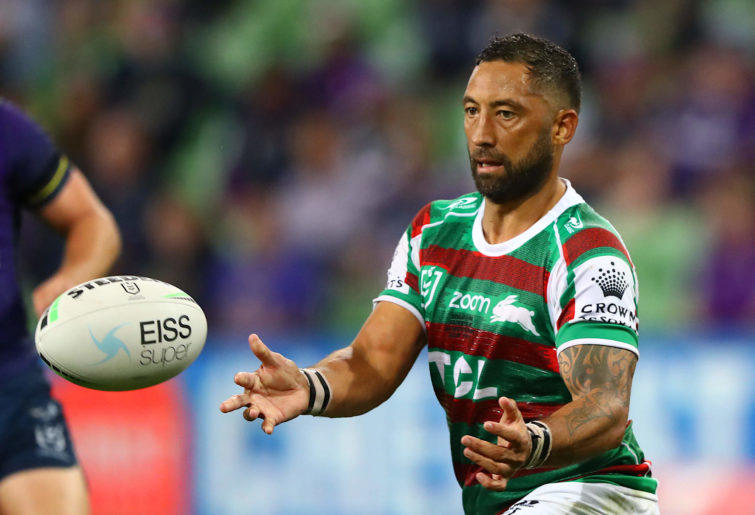 Sport always comes down to emotion. Many of today’s writers have forgotten that. Sport is about the way you feel when you’re watching it. Your expectation before a season or game. Your frustration and excitement (and usually plenty of both) during games. Your elation or disappointment afterwards.

If one emotion fuels all the others, it’s hope. Hope is irrational and often horribly misplaced. Like the cold pies and warm beer on the Leichhardt Oval hill, it is sustaining yet also wipes years off your life. But hope can never be killed. And when Benji took the field, there was always hope. Always.

When the great sixes and sevens of the first two decades of this century are filed away in the sporting archives, they’ll probably talk about the likes of Darren Lockyer, Andrew Johns, Brad Fittler, Johnathan Thurston and Cooper Cronk before they mention Benji. When they speak of the era’s greatest in any position, it’ll likely be Cameron Smith.

You know what Cameron Smith did well? Everything. Every game, in basically every minute on the field, everything he did was solid, effective, the keystone in propelling his team to victory. Smith’s relentless veryverygoodness was undoubtedly a form of greatness. Imagine going to your job every single day and never putting a foot wrong. Imagine helping those around you be better at everything.

Benji was different. He was brilliant but he sometimes got things wrong, especially early in his career. 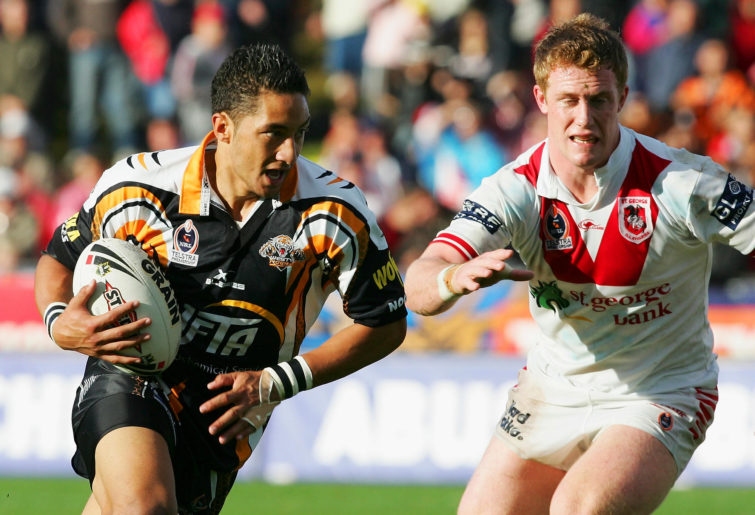 For every flick pass that resulted in a Pat Richards grand final try, there was a ball retrieved by a ball boy. Sometimes the errors were of execution. And sometimes they came down to extra sensory perception, or a lack of it. No winger alive had the ability to read Benji every time. How could they? Even he didn’t know what he’d do next.

But that’s what made the first half of Benji Marshall’s NRL career so exciting. Everything was new and unscripted and enthralling. The former touch footy player from Whakatane played like no one before him.

How often can you say that in any sport? Remember when you saw your first reverse sweep in cricket? Now everyone has mainstreamed it. The rugby league flick pass, too. The audacious has become the everyday. It took Benji to get us there.

Then there were pieces of play that defy description. Remember the game at Shark Park as Benji and the Tigers started roaring in their run towards the 2005 premiership?

He steps like he’s playing hopscotch for his mother’s life. Steps again. Accelerates through a gap, which has opened due to the confusion caused by his stepping. Then he does this thing where he actually changes direction mid-stride.

Previously, physicists believed that only winged creatures could wilfully change their trajectory in mid-air. Textbooks have surely now been updated to include Benji Marshall.

My absolute favourite Benji moment from that early era was the try assist – yes, one of the 286 try assists – against Parramatta in Round 24, 2009. This was one of the greatest regular-season matches you’ll ever see.

Both teams had started the season poorly, both were six on the trot coming into the clash. Both had momentum, and you just knew that the winner could make a serious title run from the wrong half of the eight. And so it proved.

2009 would be the year that Parra stormed through to the grand final from eighth, pun intended, only to be beaten by Melbourne (who would later be stripped of that and the 2007 title due to salary cap breaches).

So there we were at the SFS before 35,000 people. A real finals atmosphere three weeks before the finals. And up stepped Benji. He slipped around Eels centre Joel Reddy, then pulled this dummy that looked like no dummy ever sold in rugby league. It was actually a double-dummy, which is not to be confused with the more subtle double-pump.

Twice, he seriously looked like he was going to dish off to his centre buddy Chris Lawrence – first on the outside, then inside as Lawrence changed angles – yet he held the ball as everyone, Lawrence included, seemed to go, ‘WTF?’

Benji was away! Only 15 metres between him and the line. Defenders converged. And then Benji flicked it, not in a gentle dish-off, but a full behind-the-back flick bullet pass to Blake Ayshford, who scored in the corner. Who does that? Who ever did anything like that?

The thing most people remember from that match is the Jarryd Hayne chip-and-regather try, which was indeed a beauty, and sealed the win for the Eels.

But I remember the opening try, the Benji-Ayshford moment, because it was a combo of WHAT THE HELL JUST HAPPENED and HOW DID HE DO THAT! As mentioned at the top, that’s how Benji Marshall made you feel. 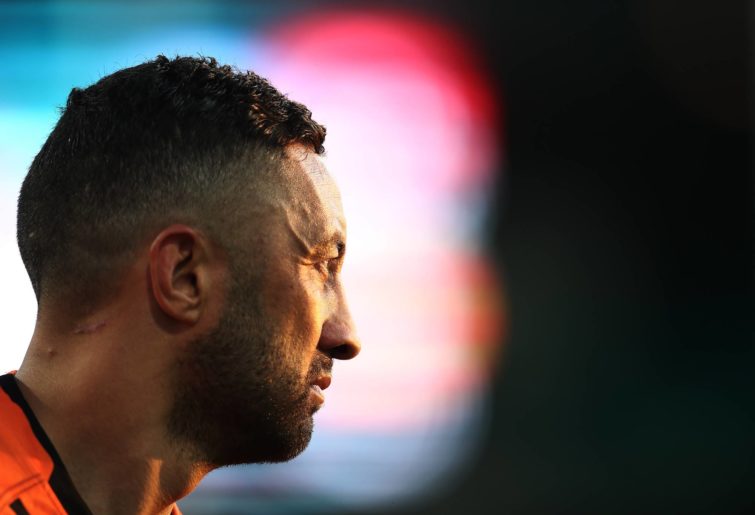 Later in his career, after the failed switch to rugby union and at-best moderately successful stints with the Broncos and St George Illawarra, Benji evolved back at the Tigers. He has always been a smart person – he’s razor-sharp when you meet him – and having lost a yard of speed, he was smart enough to add a mile of nous.

Gone were most of the steps and some of the flicks, replaced by wicked tactical kicks that dipped and swirled late, their arc more like a question mark than a rainbow. Those kicks asked questions of fullbacks, all right, and now everyone’s doing them.

He also became adept at the cut-out pass to wingers, a skill he didn’t invent but which he perfected. Even when it seemed the obvious play, he had a way of pulling it off a tenth of a second quicker than defences could read. So it has been at Souths this year too.

Have they made the grand final because of him? No. Did he fill crucial gaps midyear when players were injured? Absolutely. Has he played a crucial support role throughout the season when a spare pair of hands was needed to add just enough spice to back-line moves to take them from predictable to dangerous? You betcha.

So take your stats and shove ’em. I have no idea how to quantify the NRL career of Benji Marshall except to say that I’ve absolutely loved watching him play. He’s an outstanding citizen off the field too, which helps in any assessment of his contribution to the game.

The best I’ve seen? Put it this way: he’s given me more joy than any other player, and really, that’s all that matters.

Ant Sharwood
Expert
Ant Sharwood wrote and talked about sport for about 15 years at Inside Sport, Alpha Mag, news.com.au, Network 10 (Sports Tonight) and more. Now he writes books & mostly writes and talks about weather and the environment but still can't resist ripping in and belting out a red hot sports yarn.
close