The game was a see-sawing affair for the best part of three quarters until a midfield masterclass broke the game, kicking 16 of the last 17 goals of the game. The Norm Smith curse of 1964 has finally been broken.

The game could have and should have looked very different. The game was broken loose and all hell broke loose by the Demons at the 15-minute mark of the third quarter.

The newest rule brought in by the AFL at the start of 2019 was the 6-6-6 rule, making it mandatory for teams to have six players in each third at a centre bounce.

The idea of the rule was to stop flooding and having all 22 players rushing to one half of the ground. 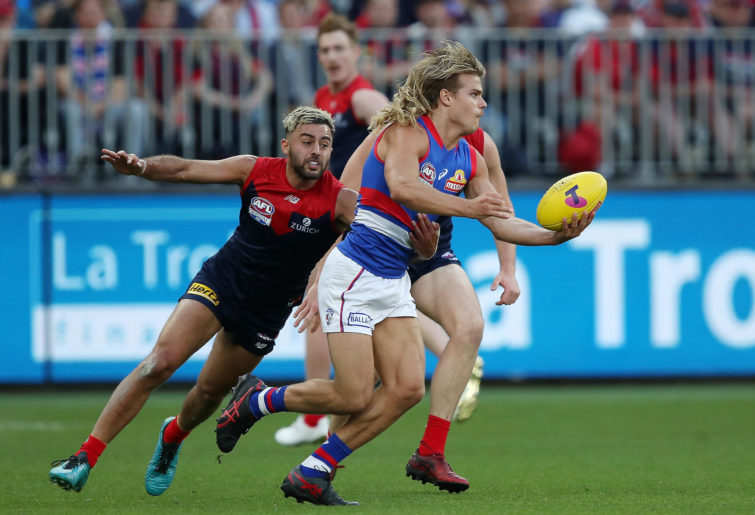 The rule has copped its fair share of criticism with many believing the use of flooding is a very natural part of the game. The use of flooding first came into use by then-coach of the Western Bulldogs Terry Wallace in 2000.

Essendon was on an unbeaten run of 21 games straight and came up against Wallace and his Dogs in the final game of the round.

Wallace was determined to curtail the influence of players such as James Hird, Dustin Fletcher and Matthew Lloyd. The tactic of flooding was used to double-team players and changed the face of the game, making it almost impossible to find space or have a clean possession.

The grand final saw Melbourne take the ball out of the centre and get a run-on to eventually take the Bulldogs out of the equation.

The Western Bulldogs were certainly outplayed by the Demons on Saturday night. The centre clearance work by Christian Petracca and Clayton Oliver and putting Luke Jackson in the ruck were the cornerstones to success.

This is certainly not to take anything away from Melbourne’s success, which has so richly brought the east coast of Australia so much joy through a difficult time.

But the constant changing and tweaking of rules by the AFL has really sacrificed the traditional values of the game at the risk of ruining the spectacle and making it harder for coaches and players to stop a run-on and change the momentum of the game.