A narrow escape: what worked and what didn't for the All Blacks

The Springboks would have been disappointed to lose at Queensland Country Bank Stadium last weekend.

Their set-piece and kicking game forced penalties and errors from the All Blacks, who failed to adjust. The Bokke were much more physical than against the Wallabies, and their lineout was superb.

They were much better at the breakdown than the previous week, gaining multiple turnovers. Their kicking game was more accurate, and when it wasn’t the All Blacks dropped it. Bridge’s error was a fine example of that and likely affected his aerial game for the rest of a torrid encounter.

The All Blacks got themselves into early trouble with referee Luke Pearce at scrum time. Technical penalties and some frankly baffling decisions ensued, fodder for the boot of Handre Pollard. Their lineout did not fare any better, under constant pressure from Eben Etzebeth and Lood de Jager. 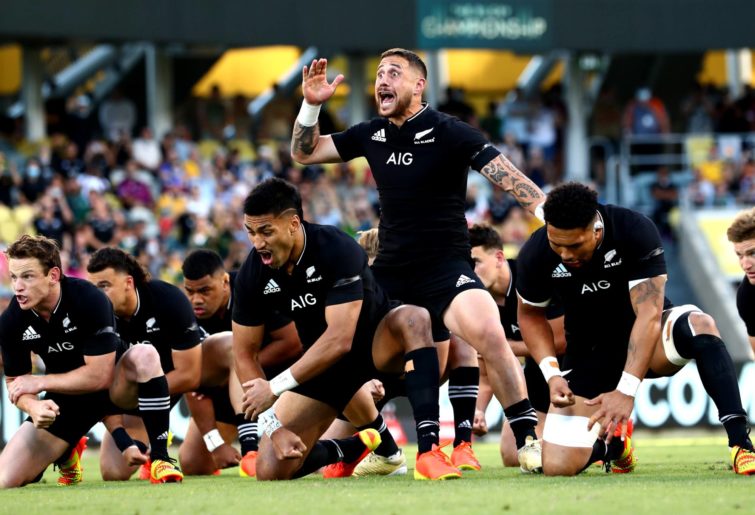 The All Blacks’ heavy turnover count hurt them. TJ Perenara has been criticised here, but while he needs to be quicker to get to rucks and get the ball away, the All Blacks were under pressure narrow. Better clearing and support from his loosies was an issue. However, it was noticeable that Brad Weber was quicker and more direct around the fringes. Ian Foster needs to start him.

David Havili has been criticised; isolated and turned over, his steady impact nullified. To be fair, there was little platform created by the forwards and his game wasn’t the only one that suffered. He should get another chance for the mullet alone! Foster must be tempted to start Quinn Tupaea, who has been outstanding, depending on the condition of Anton Lienert-Brown’s hamstring.

Given the Springboks tendency to drift in their shallow line, the All Blacks needed to adjust – stand deeper, have some runners on better lines and maybe look at a better short-kicking strategy when no territory is on offer.

Rieko Ioane needs to come back to the left flank. George Bridge’s dropsies need to be addressed because the same high spinning-ball kicks are coming and the All Blacks need a better counter.

Will Jordan needs to stay right. If they can get the pill to him, he can finish, and his deft kicking game is an asset. Jordie’s courage under the high ball in traffic was a highlight, as was his boot off the tee, especially that last one. Impressive composure.

Richie Mo’unga is there and available, so pick him. Beauden Barrett hasn’t been bad, but Richie’s better. Will the wise men see that as a risk? The fact he works better with Havili makes my mind up. Aside from that, his boot is superior.

This game should provide an opportunity for a statement from Joe Moody and Nepo Laulala, who still had moments. Matthew Carley is unlikely to be any more generous than Luke Pearce though. In any case, they need to deliver and provide parity at least to provide some room for a backline that is superior to their counterparts.

The lineout needs to be addressed and so does the breakdown, with much more urgency from the cleaners. Big Patrick Tuipulotu is a solid lineout option and carried well last weekend – something for Foster to think about.

The backrow also needs a rejig. Ethan Blackadder was probably one of the better men in black but the All Blacks missed Luke Jacobson at No. 8. Hopefully he starts. Blackadder is my preference blindside after last weekend. This allows Ardie Savea to captain from openside, his best position, and Dalton Papalii and Akira Ioane can impact later. They are better lineout options too.

Foster has said he admired the way the All Blacks stuck at their job against the Bokke even though they were behind for large parts of the game. There might be something in that, but the leadership group along with the captain need to be better under pressure. Shifting the point of attack, a deeper backline with a better kicking game. Discipline. Accuracy.

Finally, I would like to See Carley put some pressure on Siya Kolisi around Springboks tactics. The long parleys and injury breaks. They like to slow the game down. It suits them, and fair enough. Frankly, though, it becomes cynical when the breaks in play become strategy.

The All Blacks know all this of course, and I would expect they want to show they are worthy to hold that No. 1 ranking.