'Kev mate, leave it to the players': Paine's advice to KP as England wavers on Ashes tour

Australia cricket captain Tim Paine has made it clear that all the noise about whether England will compete for the Ashes this summer is nothing but a distraction and that ‘the Ashes are going ahead – whether Joe (Root) is here or not’.

As negotiations continue between the relevant authorities, players, former stars and pundits are weighing in with their opinions.

Kevin Pietersen – never short of an opinion or five and always willing to share – made his views very clear earlier this week when he tweeted: “There is NO WAY I would go to The Ashes this winter. ZERO chance!”

Whilst there are those that hope KP sticks with his position of staying away, the broader issue of uncertainty is one that threatens to derail preparations and genuine cricketing debate, replacing it, as COVID seems to do over and over again, with political posturing.

Paine took KP’s concerns with a pinch of salt. You can almost imagine the sarcastic smile on his face as he responded to the former England batsman’s tweet. “If you want to know anything on any topic in the world, you just ask Kevin Pietersen – he is an expert on everything, there is no doubt about that,” commented Paine on SEN Hobart this week.

"If you want to know anything about any topic in the world Jack, just ask Kevin, he is an expert on everything."@tdpaine36 hits back at @KP24's Ashes comments.@JackRiewoldt08 #Cricket #Ashes #AUSvENG pic.twitter.com/WSWRJs57D3

The Australian skipper went on to state that while several England players have raised questions, Australia would be playing England at the Gabba in the opening test as planned. “There will be a squad of England players coming here for the first Test on December 8th. They all want to come, there’s no doubt about that,” Paine explained.

Paine did bring some common sense to the debate, reminding listeners that “we have not heard one England player come out and say they will not be coming.”

That’s completely true. Whilst Joe Root and others have raised concerns over the current lack of certainty about the conditions being prepared for his side, the England skipper has made it clear how important the Ashes are to him. “The position I’m at in my career, it could be the last opportunity I get to go, so of course it’s something you’re desperate to do,” said Root.

Unfortunately, the recent response from Australian State Governments to COVID cases and their impact on sporting events has caught the attention of many in the UK. The Telegraph’s Chief Sports Writer, Oliver Brown, has gone as far to suggest the 2021 Ashes are cancelled altogether.

“Common sense dictates that this Ashes series should be delayed 12 months. The unyielding harshness of Australia’s Covid strategy means that there is too great a risk of England sending a weakened team, an outcome that would do untold damage to the Ashes brand,” wrote Brown this week.

There are those who agree with the suggestion. With Melbourne about to become the most locked-down city on the planet, Queensland telling 25% of ticket holders to the NRL Grand Final to stay at home just days from kick off and Western Australia barely letting its own residents back in let alone a load of foreigners who have been flying around the world, there is a genuine concern that the country just isn’t ready yet for an Ashes tour that criss crosses the nation.

This week has seen too many examples of how sport in Australia is a complex operation right now. Tasmania’s last minute decision to leave Brisbane and withdraw from their Sheffield Shield clash with Queensland combined with NSW and Victoria’s trips to South Australia being blocked demonstrate the fragility of interstate travel. Not to mention the “road trip” that some of the Argentinian rugby team decided to take across state borders that has seen front line players such as Pablo Matera unable to play in their final test against the Wallabies because of incorrect paperwork.

For many, the key is to stop the rumours and speculation. Former England captain Michael Vaughan encouraged the England camp to change their mindset and get focused. “At this point it is all very negative. England have got themselves in a mess, and I understand why. But there needs to be a moment to say right ‘I’m going”, or ‘I’m not going’,” wrote Vaughan in his Daily Telegraph column.

Paine himself explained that he feels things are being exaggerated. “I think it has been beat up and people like Kevin like to get themselves a little bit of exposure in the media whenever they can,” shared Paineon SENHobart.

Australian spinner, Nathan Lyon, the call to come or not come is pretty simple. “I think as professional athletes and cricketers we’re so lucky in what we do and it really comes upon us to give back to the game that’s given us so much. I wouldn’t have a doubt in coming out if it was myself, ” said Lyon in interview this past week.

With the first Test starting December 8, there is still time for both sides to come to an agreement that works for everyone. Fans and players alike will hope that two full strength sides take the field in Brisbane and that a competitive series is able to play out, uninterrupted.

From the moment Mitchell Starc scattered Rory Burns’ stumps with the very first ball of the summer at the Gabba, this Ashes series has been one dominated by Australia yet again. 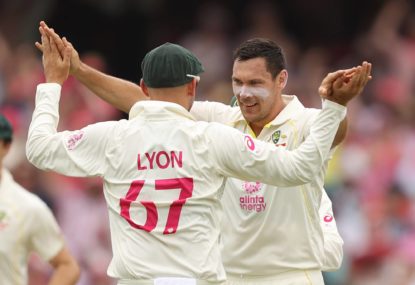 Of all the positives for Australia from their 4-0 Ashes win, the biggest triumph of all was the captain, Pat Cummins. 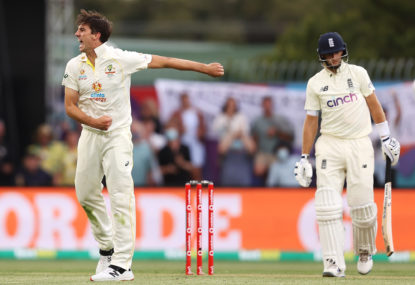 Off to Hobart for the fifth and final Test of the Ashes series, with a desperate Pat Cummins striving for his first Test match win in 2022. 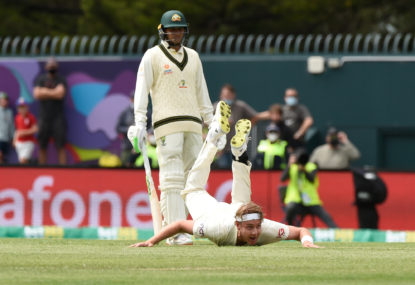 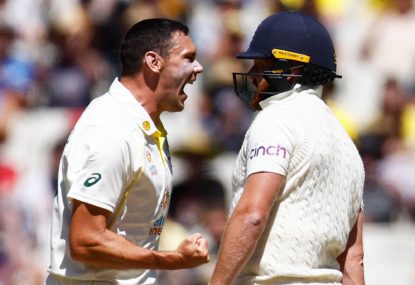 England have been annihilated by the Australians in the Ashes in 2021-22 as Australia have won the Ashes 4-0.

The tourists looked an outside chance for victory at 0/68 before being bowled out for 124, with some awful shots leading to dismissals to hand Australia a 4-nil Ashes series win. 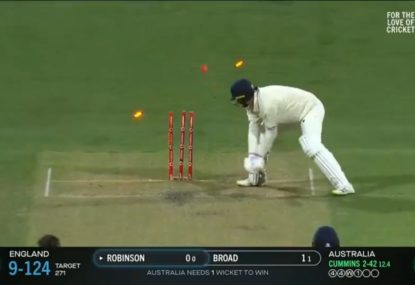