'Proud I got to share it with him': Ashton Agar's incredible Ashes debut and his bond with 'Hughesy'

The Roar
5th October, 2021
30
Join the conversation
Advertisement
Write for The Roar

The Ashes has captivated Australian and England cricket fans for 140 years. A new book edited by Martin Lenehan celebrating cricket’s greatest rivalry has been released. The following is an extract from the book which features Ashton Agar’s brilliant debut performance in 2013.

Down the years, the Ashes has had a glorious habit of unearthing prodigious talents who’ve embodied the well-worn adage “if they’re good enough, they’re old enough”.

From Archie Jackson, who announced his arrival in Test cricket at 19 with a glorious 164 against England in Adelaide in 1929, and Doug Walters, the bushie with the blazing blade who was eight days shy of his 20th birthday when he cracked 155 on debut in Brisbane in ’65, teen idols have taken to the big time with aplomb.

Come 2013 in Nottingham, and it was another 19-year-old, Ashton Agar, making headlines in his maiden Test match outing – not by bamboozling England’s batsmen but blasting their bowlers on his way to the highest ever score by a No.11.

“There was a lot of talk about my age and I knew I was young to be playing Test cricket, but I felt like I should be there,” recalls Agar, whose swashbuckling 98 featured 12 fours and two sixes.

“I had come off a reasonable Australia ‘A’ series before the Ashes and then it all got very real when we played a practice game at Worcester the week before the Test, and Clarkey came up to me at a pub and said, ‘Are you ready to go, youngster?’

“I thought he meant was I ready to move on to another bar and I said, ‘Yeah’, and he said, ‘I’m not talking about tonight, I’m talking about the first Test!’

“As a 19-year-old kid I was pretty confident in my ability so I said, ‘Yep, I’m ready to go’, because that’s the only answer you can give.”

After receiving his baggy green and an emotion-charged message about pride, honour and respect from Glenn McGrath, Agar sent down seven overs for no reward in England’s first dig of 215.

As the last man in, Agar probably expected to have at least a day to calm any nerves before he’d be required to wield the willow.

In the space of 34 overs, the Australians had slumped to 9-117 and the rookie was on his way to the middle to join Phil Hughes.

Cocky tweaker Graeme Swann had just removed James Pattinson for two and could smell blood in the water. Surely the kid in his first Test wasn’t going to stand in the way of England taking a substantial first-innings lead.

Perhaps it was the exuberance of youth, or the calming influence of 25-Test ‘veteran’ Hughes, but what happened next is the stuff of Ashes dreams. 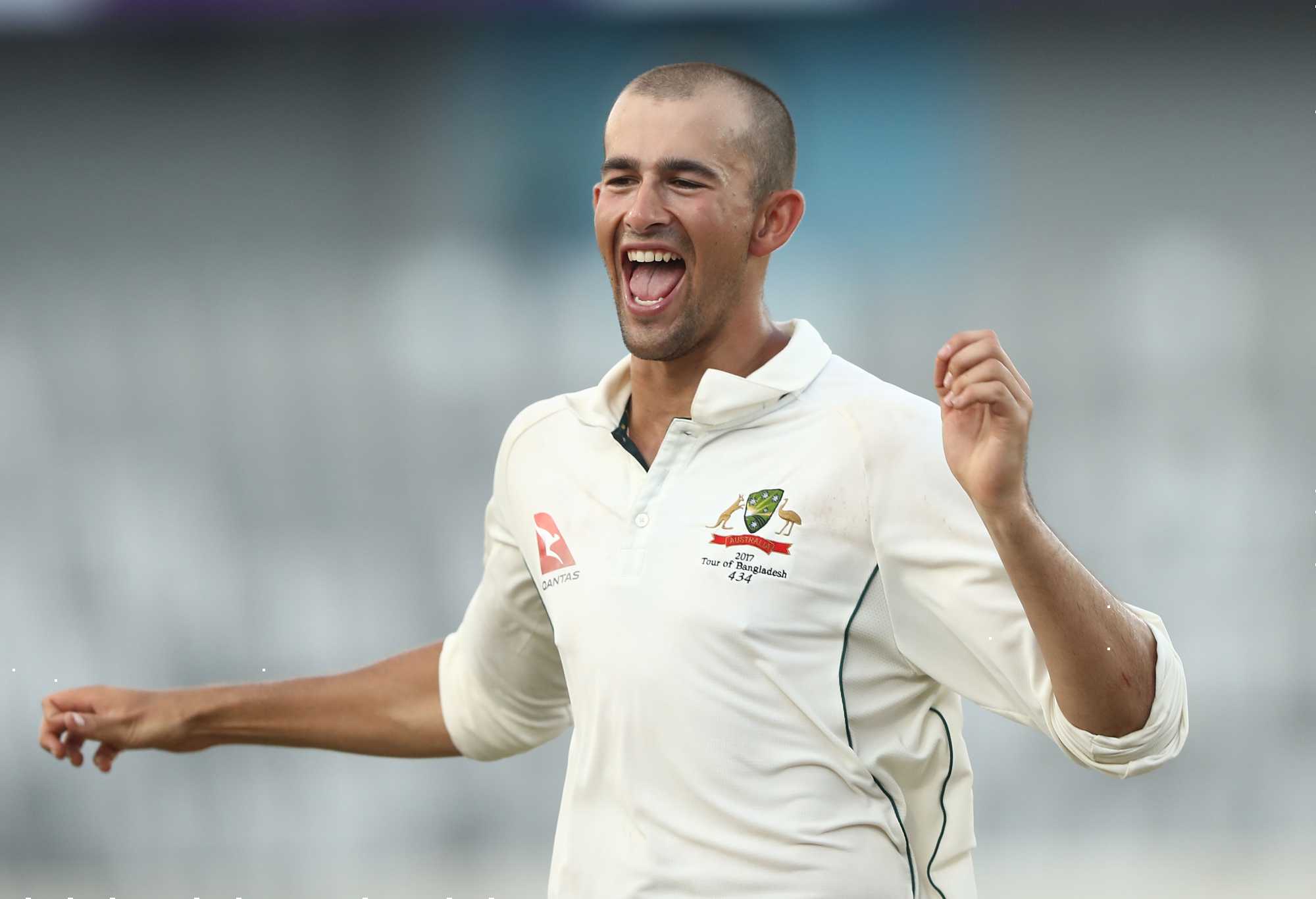 “It was so cool getting to bat with Hughesy. I had a poster of him on my wardrobe at home – playing that big flairy cut shot of his and holding the pose,” Agar smiles.

“He was my brother Will’s batting hero so it was awesome walking out and having him there.

“He was a supreme talent and he had great mental fortitude.

“What I still remember about that innings were his eyes.

“He was like a predator – relaxed, calm, fluid but you can see in their eyes that they are chasing something.

“Hughesy kept me very grounded and very present, and basically just engrossed in the partnership that we were forming, and that allowed me to enjoy the moment for what it was.

“It’s still hard to believe Phil is gone but I’m very proud that I got to share that day with him.

“It’s a moment that has had a big impact on my career and my life and I have him to thank for that.”

In the space of just 31 overs, Hughes and Agar turned a 98-run deficit into a 65-run lead, turned the volume down on a boisterous Trent Bridge crowd and turned England’s game plan into confetti.

“Seeing their frustration was very gratifying. They got impatient and tried a hundred different plans which is the worst thing to do against someone batting lower down the order,” Agar continues.

“They chopped and changed the field, changed bowlers, bowled full, bowled short . . . I certainly heard the frustration early in my innings and as it progressed the noise seemed to go away.

“You want to do your country proud and I feel like I did that. It was a wonderful feeling to have friends out on the town in Melbourne watching me bat in night clubs, and everyone remembers where they were.

“We are there to entertain but also to inspire people and making people feel something is really important.”

Call it the exuberance of youth but even the lure of a history-making century wasn’t going to stop Agar playing his shots.

What had worked beautifully for the first 100 balls of his Test career would surely deliver a boundary on ball 101 and the bat would be raised towards Mum, Dad and Will in the front row and the tears would flow.

“I wasn’t nervous at all because I was going one way and that was positive and that was my natural way. I’m really glad that’s how I felt because if I’d thought about trying to get a two or a couple of singles when I was 98 that just wouldn’t have been right given the way I played the whole time,” Agar says.

“I knew as soon as I hit it I crunched it – ‘that’s either four or out’ – but Graeme Swann was three-quarters of the way to the boundary and he took the catch.
“I’m glad I got out playing a strong shot. It kind of adds to the romance of the whole occasion and I have absolutely no regrets. I loved every minute of it.”
Was he ready, skipper? You bet he was.

Just like young turks Archie and Dougie, and just like mature age rookies Mark Waugh and Bob Massie, both of whom were 25 when they got the nod and served up debut dazzlers for the ages with a sublime century and a staggering 16-wicket haul. 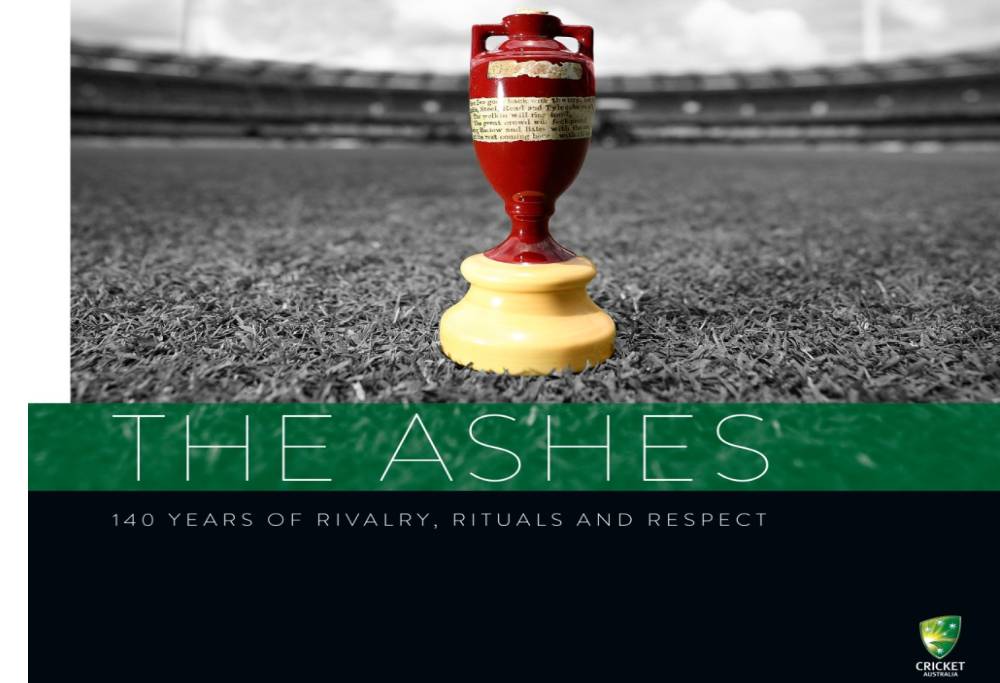 The Ashes: 140 years of rivalries, rituals and respect is available online and where all good books are sold.