I was beaten by older students, robbed of my precious rugby league football card collection while being held by the throat up against the doors of the main school building and forced to walk through the urinals in my school socks, as senior students cheered and laughed at my humiliation.

Bluntly, it was violent, abusive and criminal misogyny at its worst and something with which many new members of the school community were faced, particularly those who appeared a little weak, vulnerable or different.

I was a little too effeminate and gentle for the liking of my aggressors, and I felt the wrath of their constant bullying and violence for much of my school life.

Thankfully, the religious order of Brothers that oversaw and seemingly endorsed such behaviour with their disinterest towards those prepared to call it out, have since almost evaporated in the midst of their own violent crimes against young people.

Some Neanderthal males might well question my manliness and fortitude in the circumstances, suggesting I should perhaps have battled through and “stood up” to the bullies that so mercilessly made life a misery in the early days of high school.

However, I’d argue that irrespective of appearance, thoughts, academic endeavour, physical status or persona, no human being should be treated in such a disrespectful and repulsive way, whatever the circumstances.

While often seen as a bastion of male behaviour and some sort of rite of passage that ‘toughens up’ young boys and prepares them for the vigour of business and life, there is no doubt that women also suffer at the hands of cowards and bullies looking to do little more than make themselves feel better, despite obvious inadequacies.

While Lisa De Vanna may well be collectively agreed upon as one of Australia’s top-five Matildas of all time, her claims of historical abuse, bullying, sexually harassment and ostracisation as a member of the national women’s team have brought the domestic football world to a standstill and reverberated through the corridors of power in recent days.

It would be convenient and simplistic to attribute De Vanna’s accusations to a rather sad and bitter departure from the Matildas and her disappointment at not being given the chance to grace the international stage for one last time; to farewell the fans appropriately after such a long and stellar career in the green and gold.

No doubt, such a disrespectful calling of time on her time as a Matilda incensed one of the best female players Australia has ever seen. 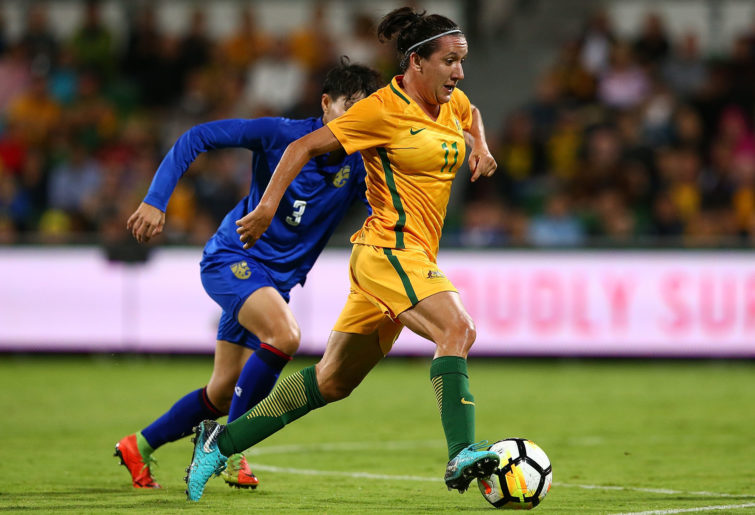 Moreover, the 36-year-old was recently open and blunt in expressing her disappointment that after 150 games and being just two away from setting a new benchmark for appearances, Matildas manager Tony Gustavsson left her out of two June friendlies against Denmark and Sweden.

That decision effectively signed and sealed the end of De Vanna’s career, any chance of an appearance at the Tokyo Olympics and some would suggest fuelled her comments and criticisms of the national set-up, as she sadly walked away from the game in a tormented state of mind.

Yet, De Vanna is possibly just another victim, as I was nearly 40 years ago, of cultural flaws within organisations that empower the bully and demean the rest.

No doubt, the notion of speaking out while a central figure in the Matildas camp and the potential damage that would no doubt do to her future prospects, prevented De Vanna from going public when the alleged abuse began in the early 2000s.

Similarly to the young boys like me who were beaten, emotionally tortured and scarred in the bizarre all-boy Catholic institutions of the 1980s, De Vanna likely felt so humiliated and invaded that she said nothing at the time; fearful of reprisal and an even worse fate.

While there might be the odd person inclined to suggest that Lisa De Vanna has gilded the lily and perhaps overstated the past due to her current disappointment, the small issue of an alleged one-and-a-half-year effort to meet and register her grievances with Football Australia appears to complicate that assumption somewhat.

At a minimum, Lisa De Vanna needs to be heard. At best, her claims demand an investigation. What is most alarming of all, is that many in the football world knew precise details of the events she has cited.

Sadly, nobody else had the guts to do anything about it.